This was not a planned trip! Over the last four months I’ve been working closely with our Finnish business headquartered in Helsinki. Most trips out to Finland have been weekdays only, limiting options for truly exploring the city. Fortunately one weekend trip came up and we managed to complete all the planned work in good time on Saturday.

Whenever you ask a Helsinkian what they do for fun, most of the time they will tell you that they like to take a cruise. To me, as a Brit, a cruise is a serious affair, it is usually a substantial holiday - to Finns a cruise is usually a trip to Stockholm (over night) or to Tallinn (during the day) the purpose of which is usually to relax and enjoy alcohol at discount rates. Quite literally it is a booze cruise - frankly it puts what I knew of a booze cruise (the Dover-Calais run) to shame, because this is a serious affair.

The ferry to Tallinn we booked the night before for the quite remarkable price of £10 each. The plan was to take the 2 hour trip to Tallinn in the morning and head back to Helsinki later in the day, ready for work on Monday. 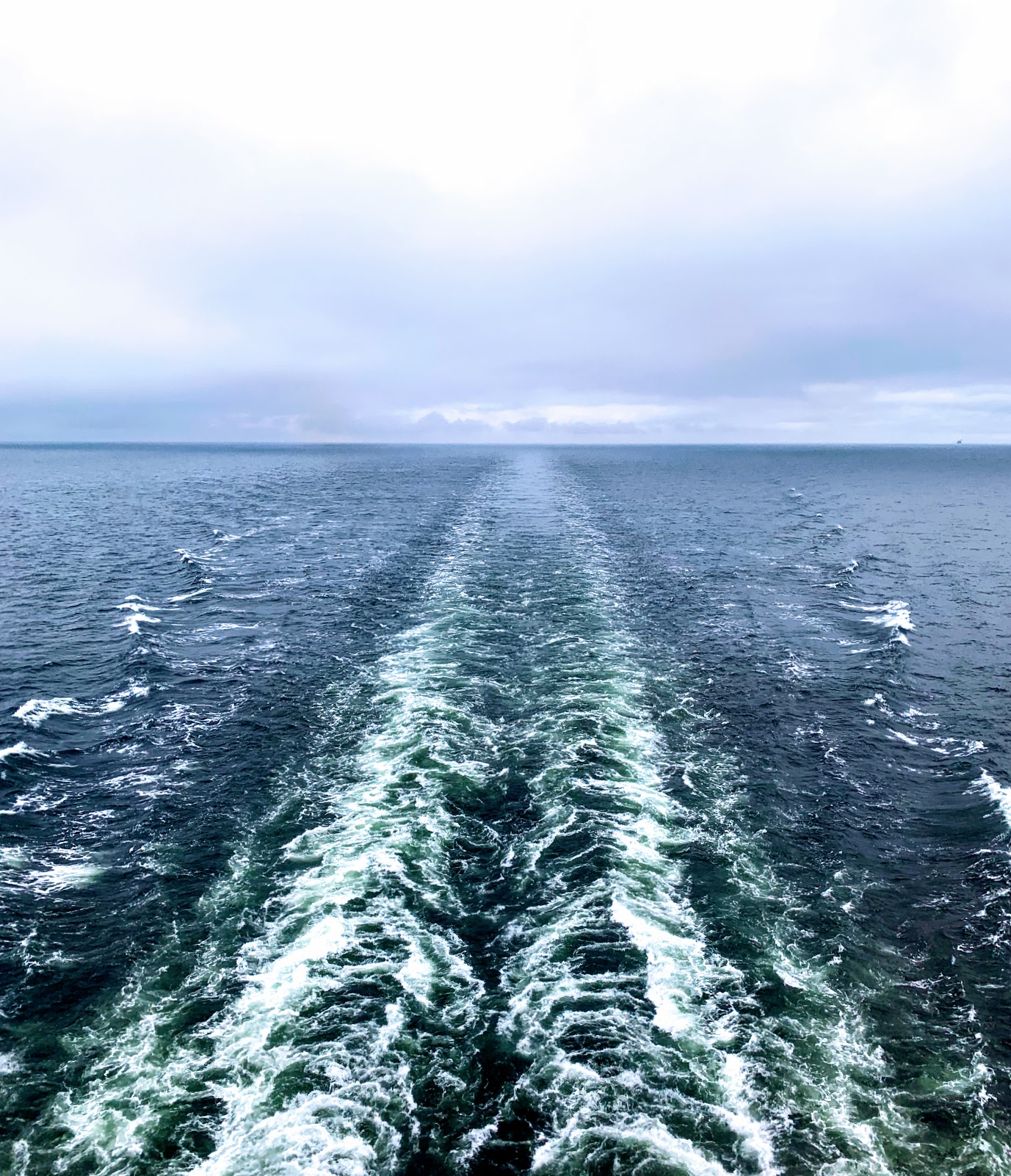 The ferry trip was superb, the terminal was brand new and everything was incredibly well organised and efficient. The departure area appeared to be considered outside of Finland for licensing purposes so several passengers were enjoying a morning beer, looking forward to their cruise.

The ship, M/S Finlandia was similar to a Dover-Calais vessel except that it had day cabins, bars, shops, restaurants and to my surprise even a stage(!) where on the way back we would enjoy some entertainment. The voyage was a short 44 nautical mile journey south, on a very calm morning.

We arrived in Tallinn ready to explore the city and since the centre is only a short walk away went straight at it! We first visited the city walls, encasing the old town of the city, which is now recognised as a UNESCO World Heritage Site. 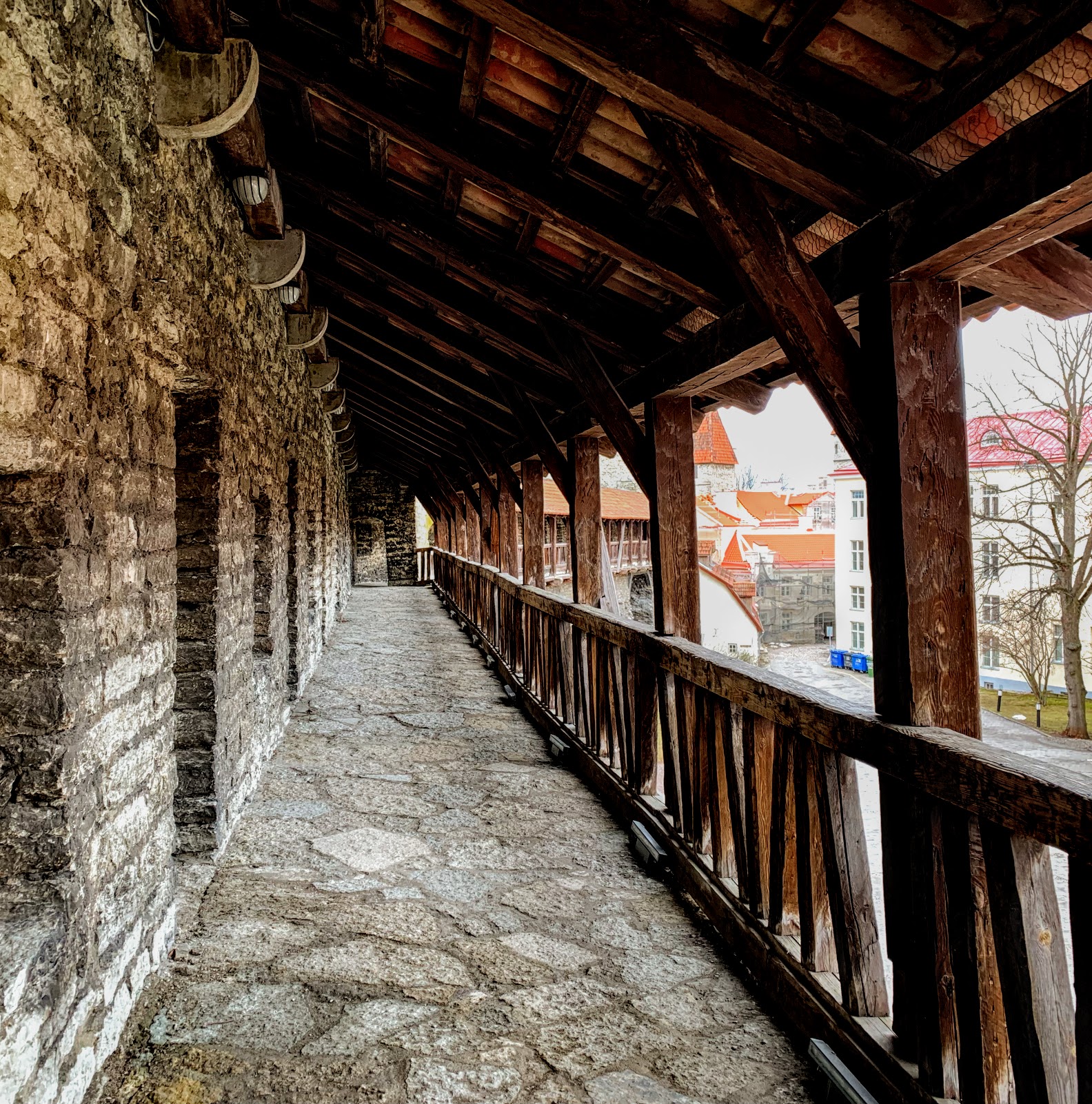 The architecture is a little similar to that of Trakai in Lithuania, with circular towers and tall walls backed by wooden walkways. There are a number of sections of the wall which are accessible, some of the stairs were very sketchy but the views were impressive. 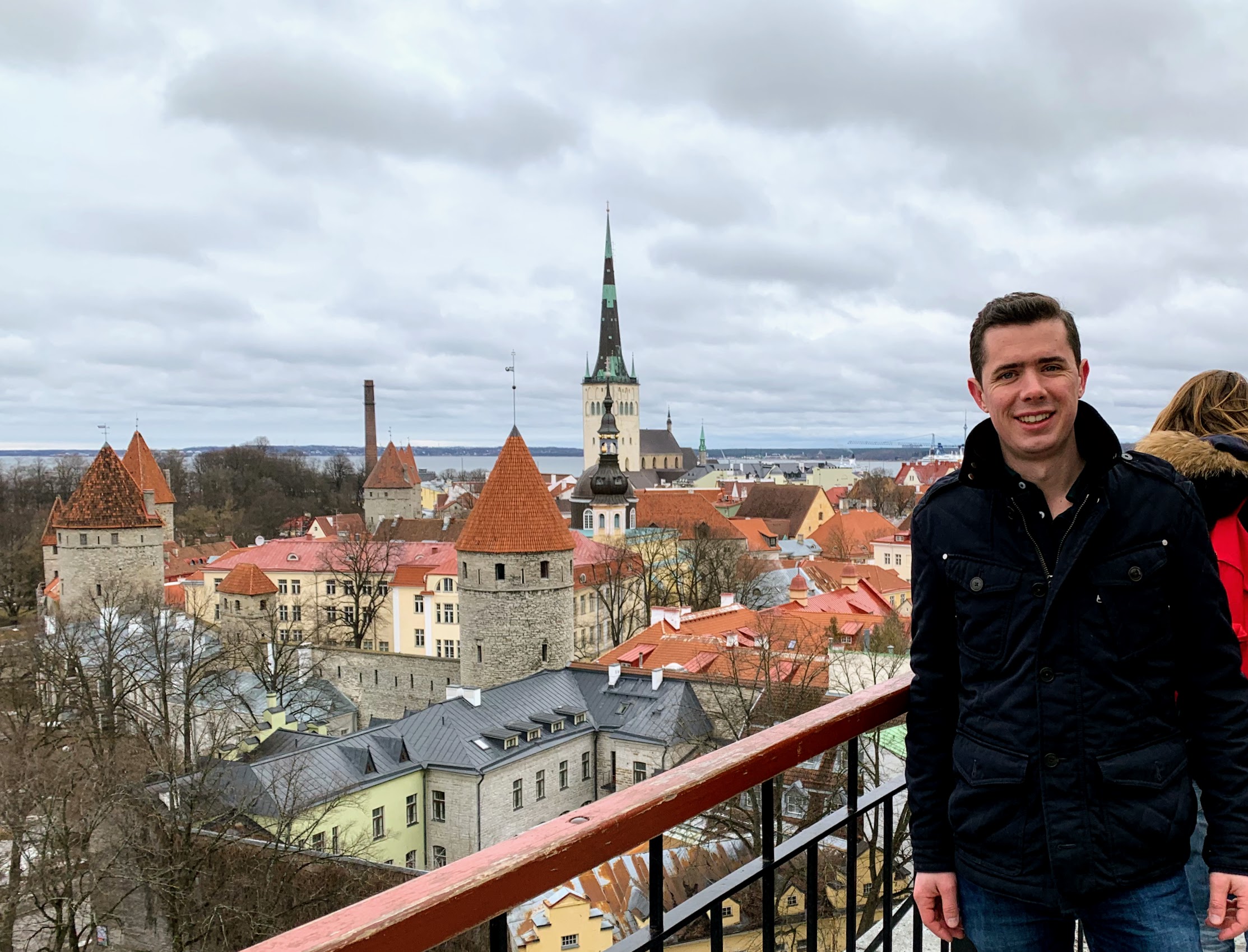 From the walls we walked up a steep set of stairs which took us to a viewing platform with a stunning sight across the city. This area of the city has a number of embassies and consulates along with government offices. 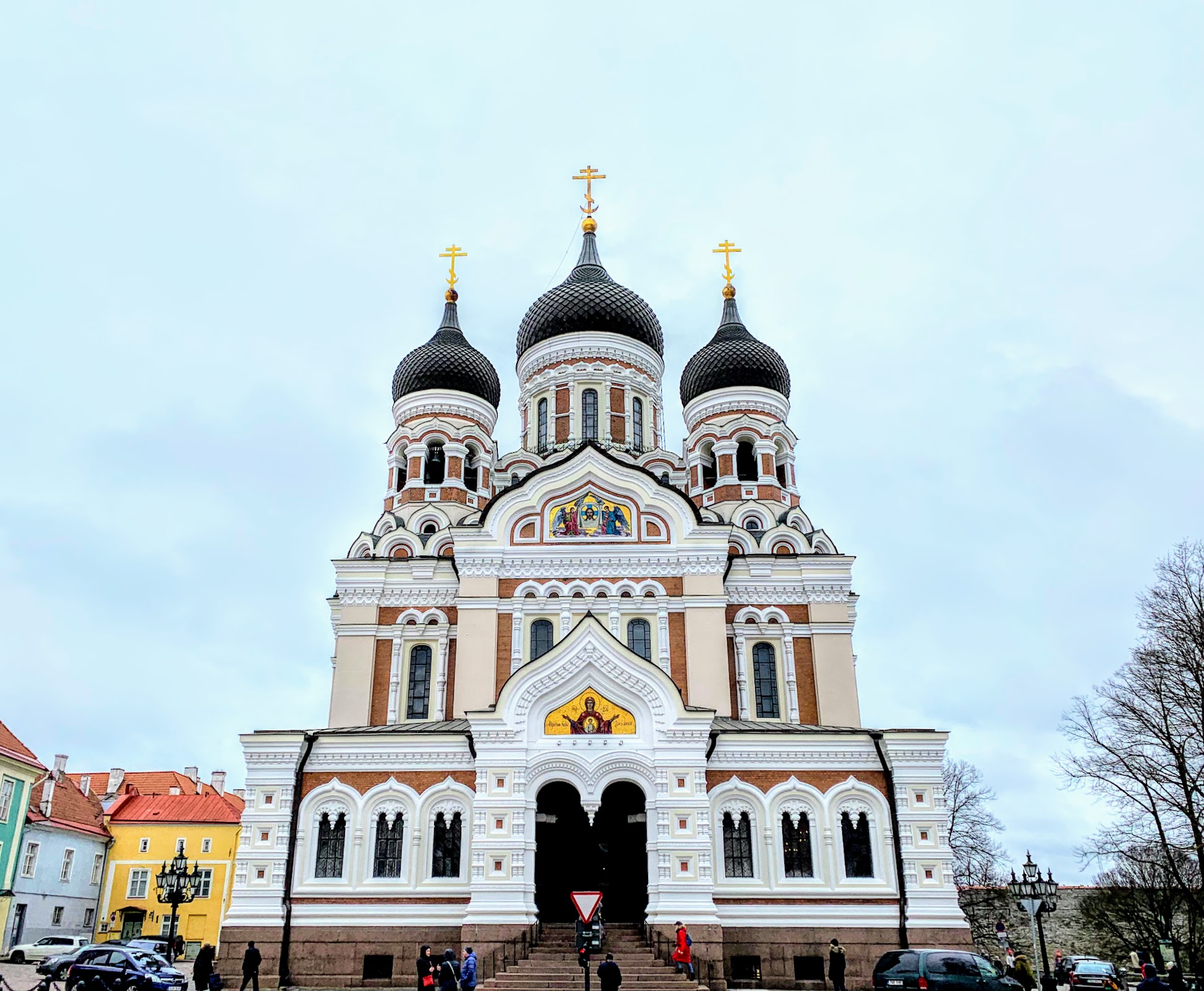 Walking through this part of the city brought us to the 19th century Orthodox Church, Alexander Nevsky Cathedral. It was constructed while Estonia was part of the Russian Empire. The interior of the church was absolutely stunning with ornate gold decoration everywhere.

After the church we explored some of the city’s bars and restaurants. The highlight was an Indian restaurant called Restoran Chakra where the food was absolutely devine!

The ferry back to Helsinki was very easy and we enjoyed watching the singer and guitarist on stage while enjoying a Long Drink (which is a gin-based hard lemonade) - lovely!