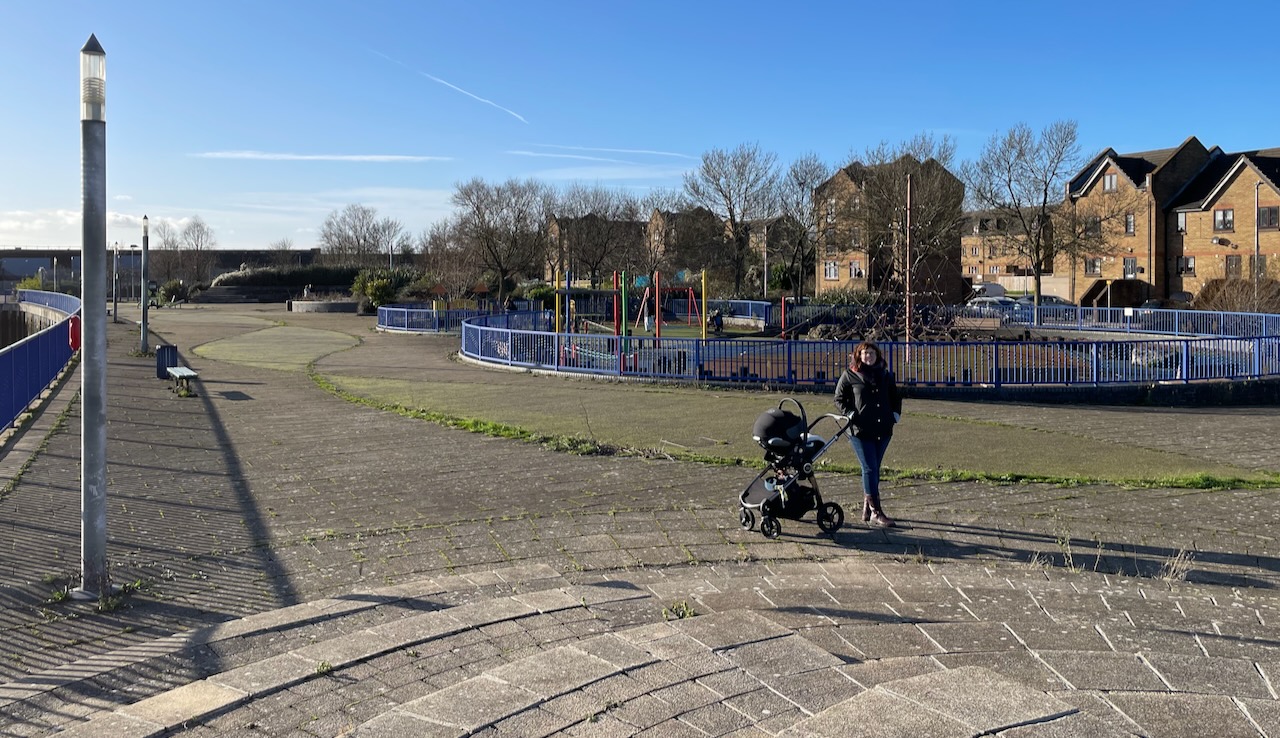 After visiting The Vines, we thought we’d take a walk over Rochester bridge to get some yarn for a project Victoria is working on. Charlotte and Dexter were both behaving and enjoying the walk so we thought we’d swing by Park number 3, Strood Waterfront.

…Sounds like it actually might be quite nice, right? Not so much. Going to try and make this post as positive as I can, but the reality is that Stood Waterfront, also known as Canal Road Play Area, is unfortunately a little run down and could do with some love and investment. 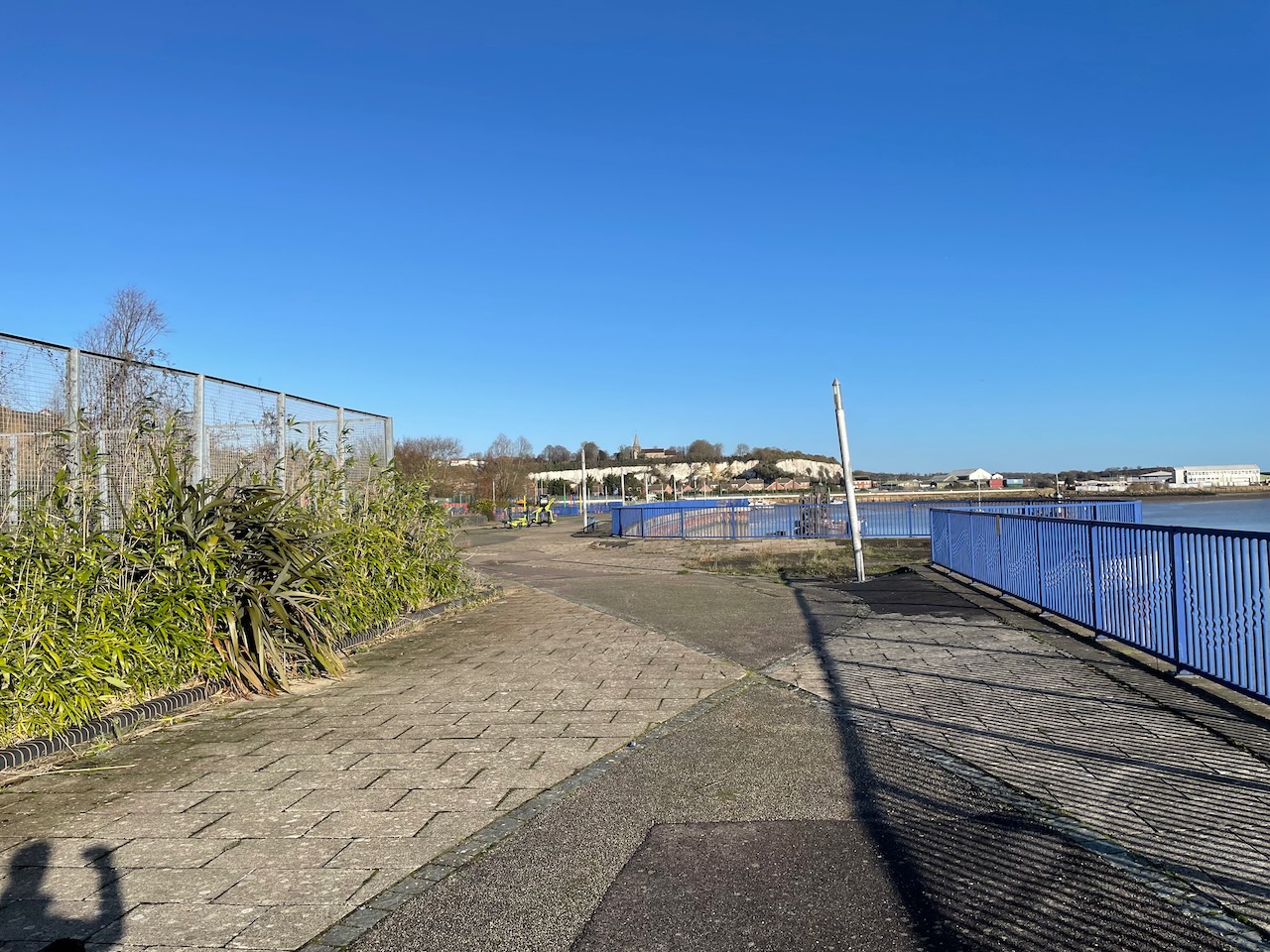 Walking underneath the railway bridge towards the park we passed the Council supported ‘Innovation Studios, a collection of small offices on top of shipping containers. The park runs from here to the junction for a road that leads to Strood Station. That gives the waterfront about 220 meters of river frontage and views across to Rochester on the other side.

The area is mostly tarmac surface with some patterning to make it a little more interesting, there was lots of broken glass which wasn’t idea. We walked past two caged basket ball courts with a football goal; at the time there were some people using the area for exercise. There is a lovely small stone auditorium which would be great for a performance of some kind. 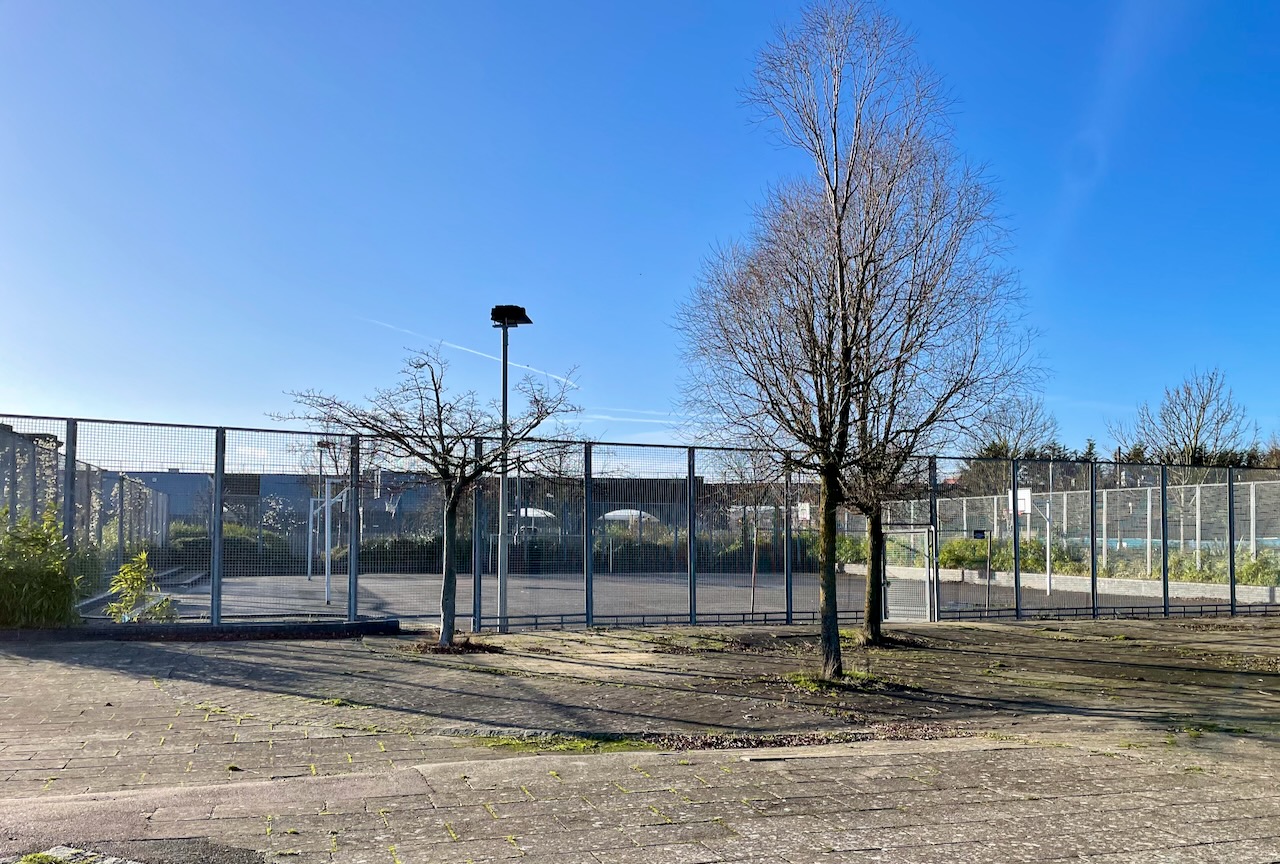 Continuing on, there is a round bed of planters which don’t seem like they’ve had too much attention. Followed by a large children’s play area which features a unique rope climbing pyramid. There was also some outdoor gym equipment which appeared to have been installed more recently than the rest of the park.

Sadly much of the equipment was vandalised or graffitied, although there was some equipment working in the children’s area. Walking around the river front there is a strange metal sculpture, almost appears like an Elizabethan fire-beacon, strange! 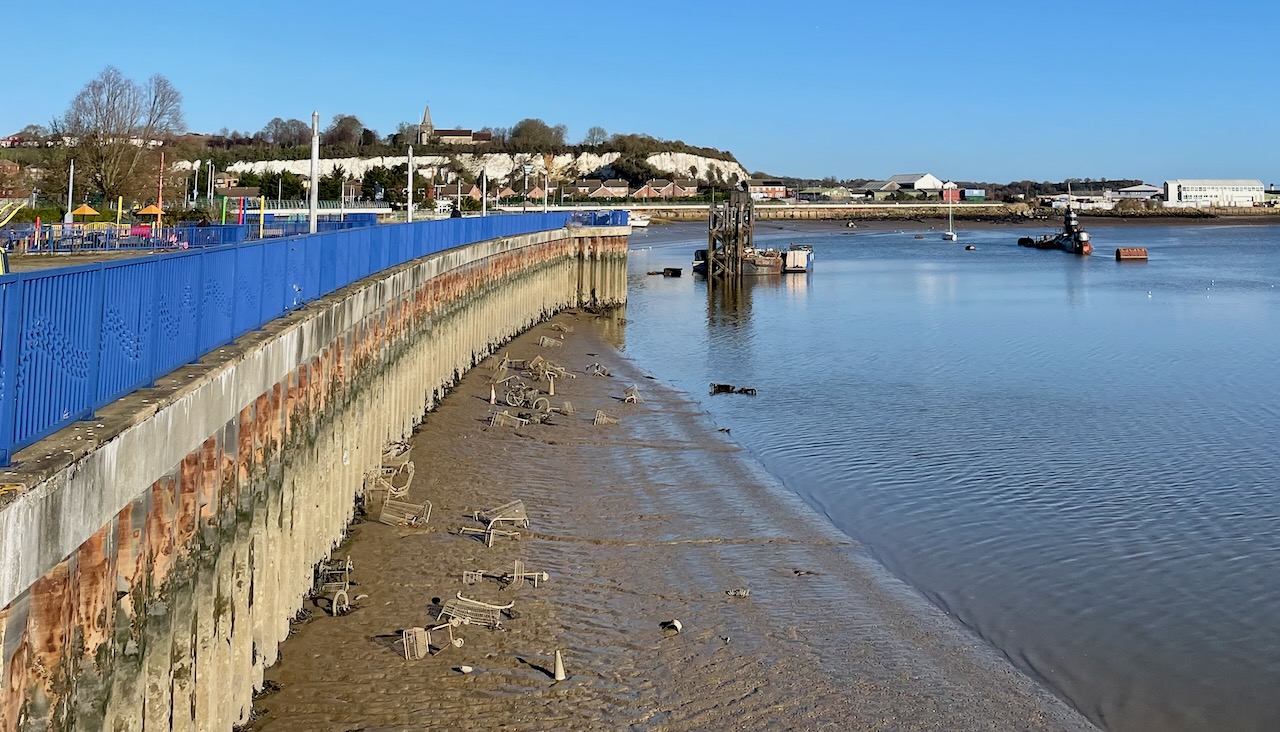 We didn’t stay too long. It was pleasing to see some people enjoying the area, but I hope in the future there is some remediation to make things better. There’s clearly a lot of regeneration going on, with the site of the old Civic Centre and this side too, waiting for some kind of development. Some grass areas would be ideal too.