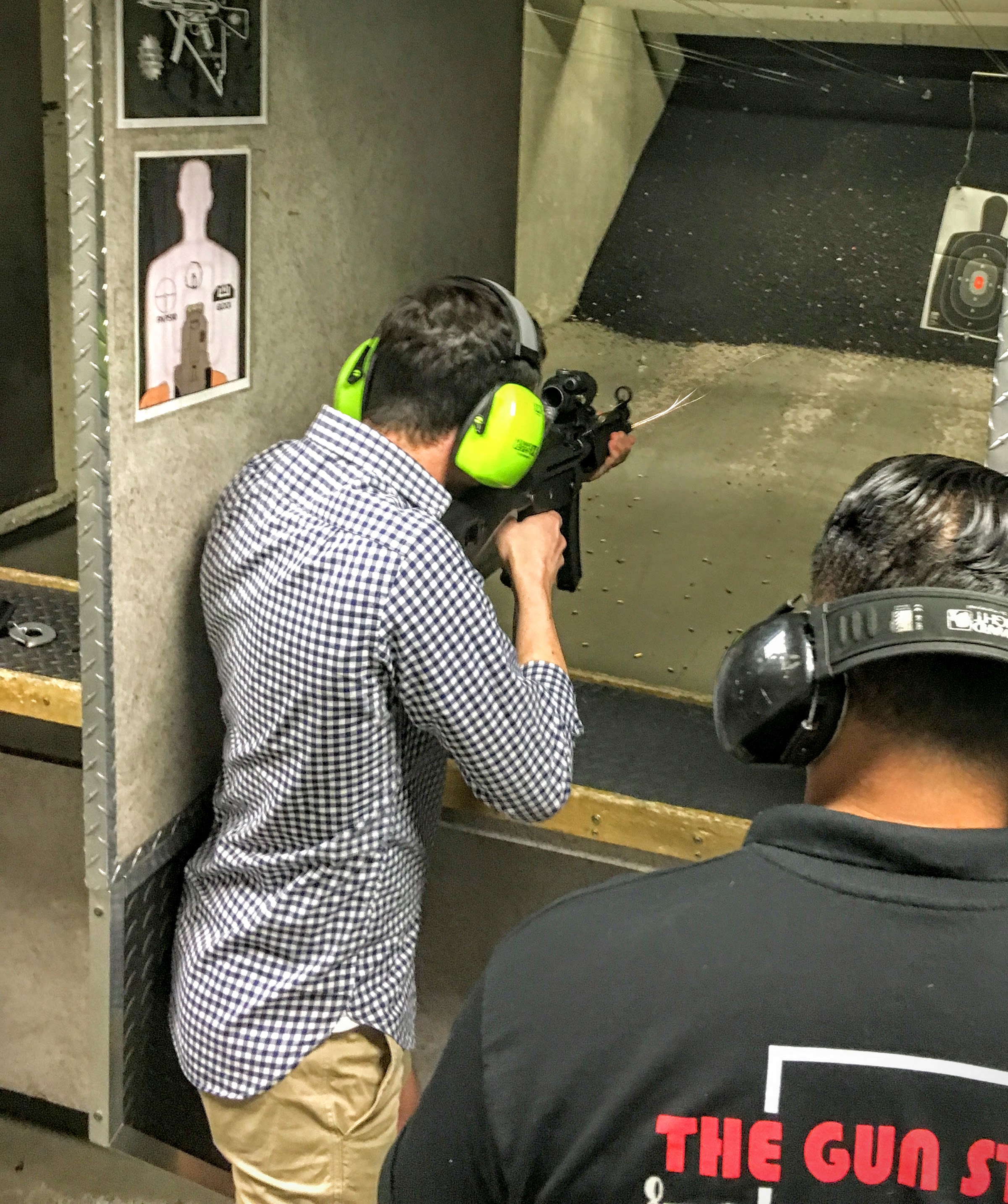 I’m not going to go into how it was I found myself in Vegas, all I will say is that it was completely on the level, as were all activities during my trip. This bucket list item was one of the original and actually one which I’d wanted to do long before the list came into existence. I thought it would be one of the more difficult ones, because it’s not like you can really do this without going somewhere where it’s considered normal.

As a young boy and back in the days when UK laws were less mad I bought a .177 air rifle from a store on-line. It was my most favourite thing, we had plenty of grounds surrounding our home and I was entertained for countless weeks wandering with my pet dog and shooting at paper targets. My aim wasn’t bad either! Sadly I was jumping over a fence and managed to fall and break my precious rifle, despite duct tape and glue it was never quite the same. Ever since then I have wanted to shoot a real firearm and see if I’m actually any good.

Vegas has everything, literally everything an adult could or could not want. The one thing I wanted to do above all was to get my hands on an M16 and shoot a zombie target. Day 1 of being here that’s exactly what me and my colleague did. We visited The Gun Store Las Vegas who were a short Uber trip off of the strip, as this was the first time we’d be doing this we went with the basic package. $80 bought us 10 rounds with a semi-automatic handgun, 25 rounds with a MP5 and 25 rounds with an M16. All in all it wasn’t exactly cheap, and although I hid it I was a little nervous - I mean there were people wandering around with guns on their belts!

The handgun was first, I opted to go with the Beretta M9 on the advice of a US Navy Dolphin trainer from California who happened to be in a bar with us in New York a few days earlier (which is a story for another day). The gun had a surprising amount of kickback, but I managed to keep all rounds on target which I didn’t think was too bad. After that the MP5 was up, this was a different thing completely, it was seriously fun, but any more than 3 rounds and it just pulled away no matter how hard I tried to control it, most rounds were on target! The final was the M16, which is a controlled firearm in certain US states - this was much easier to control and I certainly managed to put some lead through my zombie! The staff at this range in LV take absolute care of you and do not allow you or anyone else to be in any danger, I felt very safe while with them.

I’ll end by saying I’m absolutely not a gun advocate and I take great comfort in the laws that exist in the UK today. The balance is good, fair and there exists many places in the UK where shooting as an activity exists as a sport - not with a fully M16, but that’s hardly a sport…