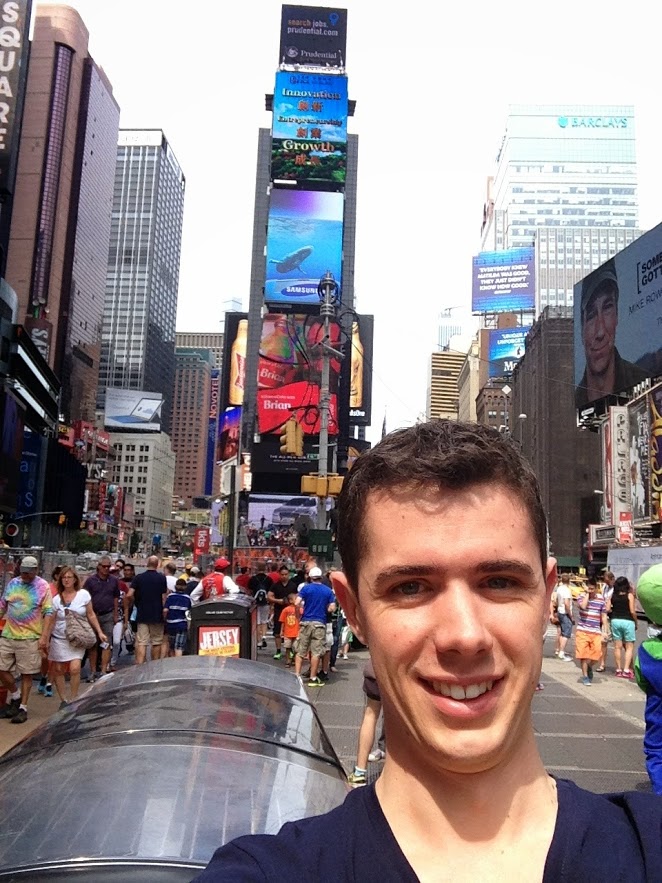 It’s been a busy few months, my last post was ages ago. Since then two bucket list items have been ticked off and a third is in the pipeline for this year - that’s kind of a big deal. I’ve been putting off writing my blog post about New York because I wanted to make sure I covered off all of the details. However, it doesn’t look like I’m going to find some proper time soon so in the interest of actually posting some content here are some pictures with a bit of an explanation!

The long and short is that we held some Technical Architecture meetings at Cushman & Wakefield HQ on 6th Ave, so the aim of this trip was to be in the same room with all those responsible from around the global business.

I’d never been to NYC before and was quite a bit excited. This picture was taken immediately after leaving our hotel (I travelled and stayed in the same hotel as my boss). I think it’s hilarious as I managed to take the picture facing the wrong way and without hardly any of the screens bill boards in the shot. The guy on the left however does have an amazing t-shirt. This is also the only picture I took in Times Square, as I somehow didn’t take any more.

Day 1 was spent wandering around quite a lot, here is the first ever Shake Shack in Madison Sq Park. The queue was enormous, even compared to the crazy queue when the Covent Garden restaurant opened in London. From here the famous Flat Iron Building can be seen. Dinner was at The Olive Tree in Greenwich Village near Washington Square. I was totally exhausted but managed to eat some Chicken Wings and Nachos! We went to a bar afterwards, although I can’t actually remember where it was (other than walking distance) or what it was called. 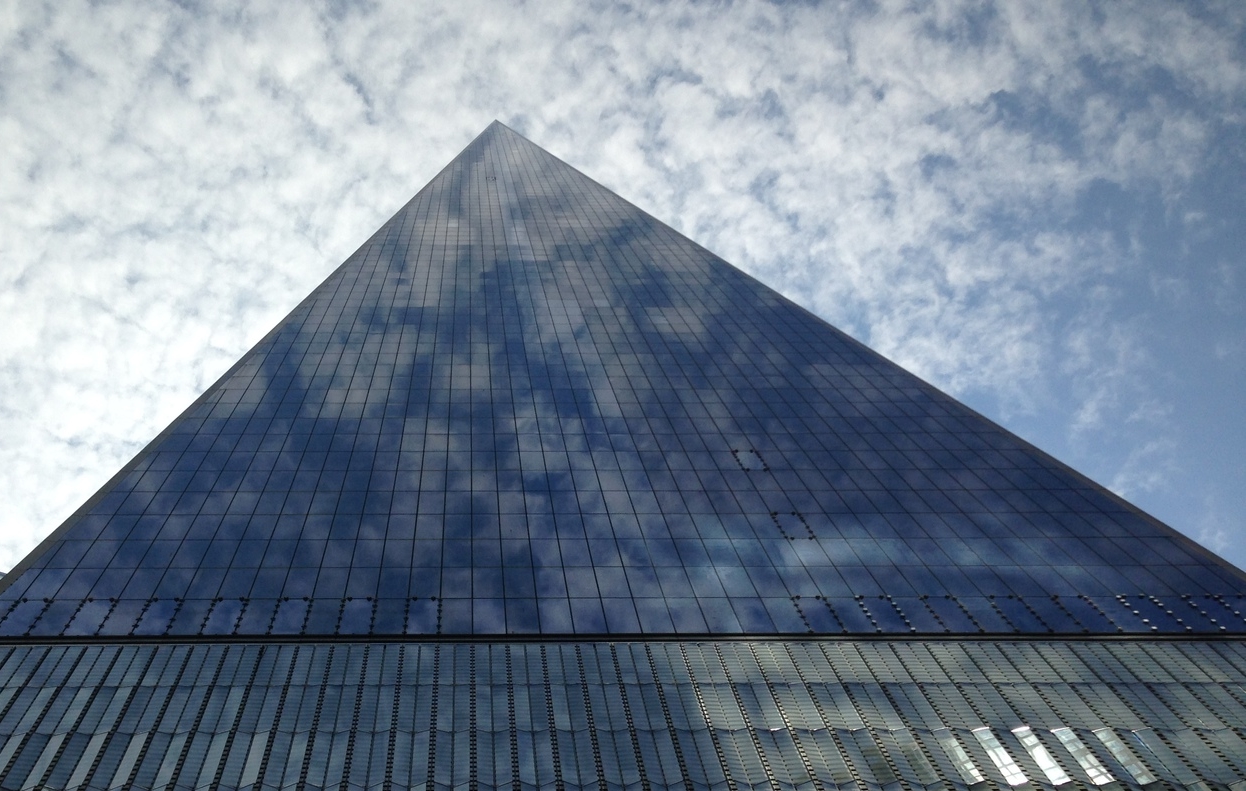 Day 2 started with a rough morning. We went to Bubby’s for Brunch, the food was ridiculously amazing but I only managed to eat half a bagel and drink some coffee due to my fragile state. 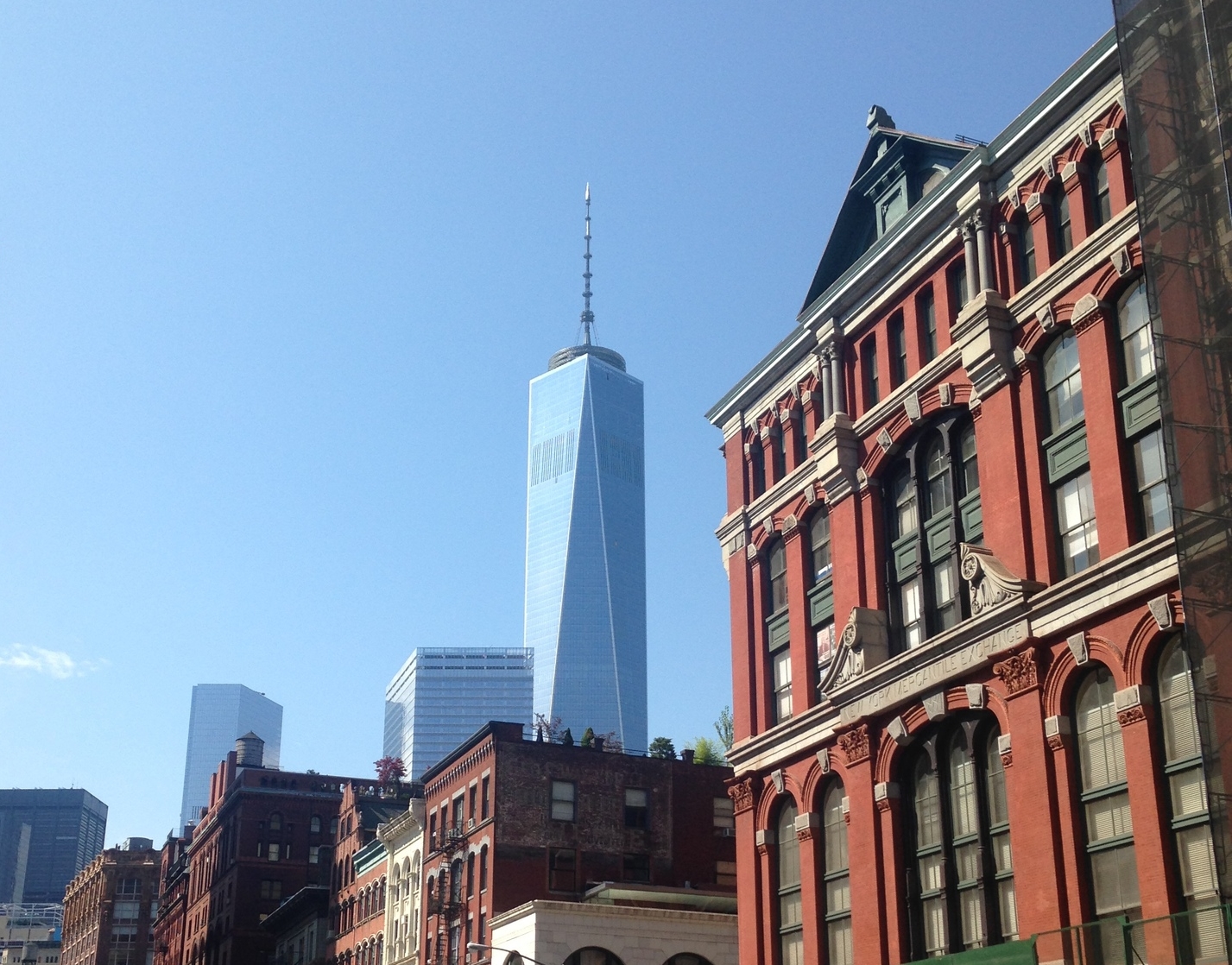 From Bubby’s the new World Trade Centre can be seen, which is just the most enormous thing I’ve ever seen. It boggles the mind as to how it’s even possible for something to be that big.

After the memorial we headed over to Battery Park to see Liberty and the Hudson river. From there we walked past Wall Street and over towards the Brooklyn Bridge! This was also immensely massive. There was an Abercrombie and Fitch store just by here where I spent quite a lot of money - whoops!

Just going to leave this one here… Dinner was at Hillstone which is an up-market American steak restaurant. The food was amazing. So this picture wasn’t taken by me, or with my rubbish iPhone camera, I have to thank my colleague for this one :)

With fun and games over it was in the office for breakfast and meetings the next morning! The office is located right next to the Rockefella Plaza and Radio City on 6th Avenue, it’s just a short walk from Times Square.

One evening we went out to watch some baseball. It was a crazy, awesome experience, unfortunately the Yankees lost to the Astros although I was lucky enough two(?) home runs!

Can’t wait to go back.

There are a bunch more pictures which I may try and upload to another post at some point.