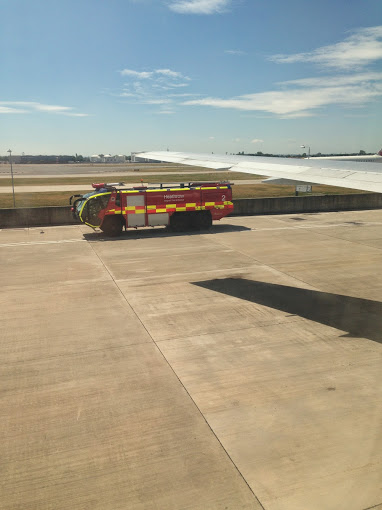 This was a rather epic trip. It started off fairly normal, I headed over to Heathrow T5 to catch a flight to Istanbul. The flight took off as usual all seemed fine, I set my tablet up to watch The Grand Budapest Hotel and got ready for a spot of breakfast. It got a bit different near the English Channel when the pilot decided to rock the aircraft’s wings.

A few moments later we had performed a 180 degree turn and were heading directly back to Heathrow. Heading west when your destination is due east is isn’t really a good sign, especially when you’re 20 minutes into the flight. Most passengers didn’t really notice until the pilot told them over the intercom. We were assured all was fine and that there was a minor technical problem and we needed to land to get it checked out.

The landing into Heathrow was astounding, we were straight down on the ground within meters of runway. The plane was met with a landing party of police, fire engines and emergency crews - to our complete totally unknown to anybody on-board and despite my best efforts to check twitter while on approach.

That was the interesting bit. We then sat on a remote stand for four hours while British Airways messed around and pretended that we would actually get back on our way. After we offloaded I was rebooked on to a Turkish Airways flight the same day at 22:30 (12 hours after original take off).

Above - One of the fire engines that met us on the North runway at Heathrow.! 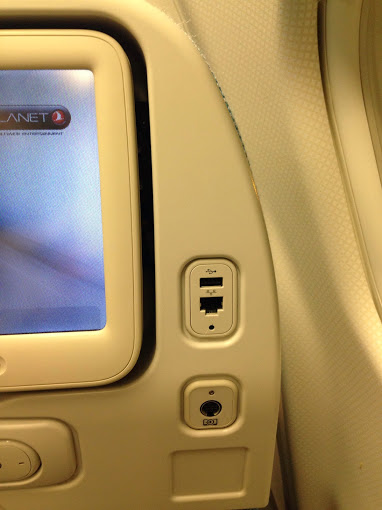 Above - LAN Ports on the back of the seats! This plane loads of buttons, even in economy.

The Turkish flight wasn’t too bad, I managed to nab a row of three seats at the back, find an unopened pack of flight socks and ear plugs and do some mild napping. The landing at Istanbul was pretty cool, the plane (Airbus A333) had a camera so you could see the approaching runway. However the experience at the baggage carousel wasn’t quite as good, seems they don’t treat my pelican case as a suitcase and it’s brought up on the back of a truck. Longest hour ever, thought I’d lost my peli case for good! 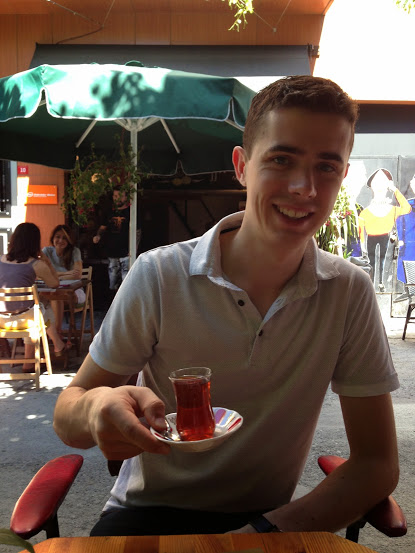 The following morning wasn’t too bad, managed for get a few hours of sleep in the hotel before brushing up and meeting my colleague downstairs. Missed breakfast by some distance though! 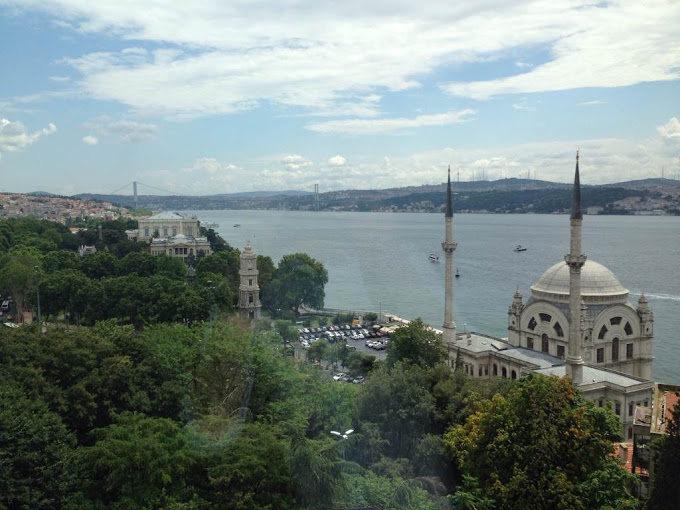 Above is the view from the old office near Taksim Square, it was really quite stunning. 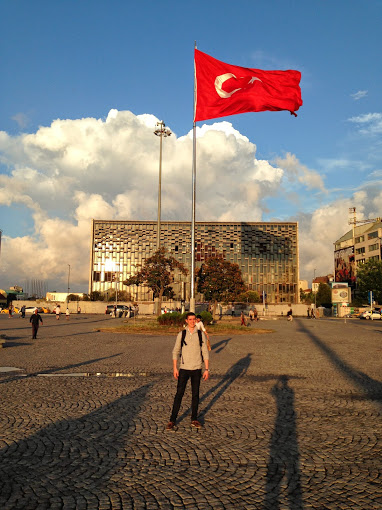 There was of course some downtime, the guys in Turkey are incredibly hospitable. Here I am standing in Taksim Square, below is Gezi Park where the 2013 protests began with an occupy movement. The protests were still fresh in the memory of many locals, According to Wikipedia some 8,500 people were injured. 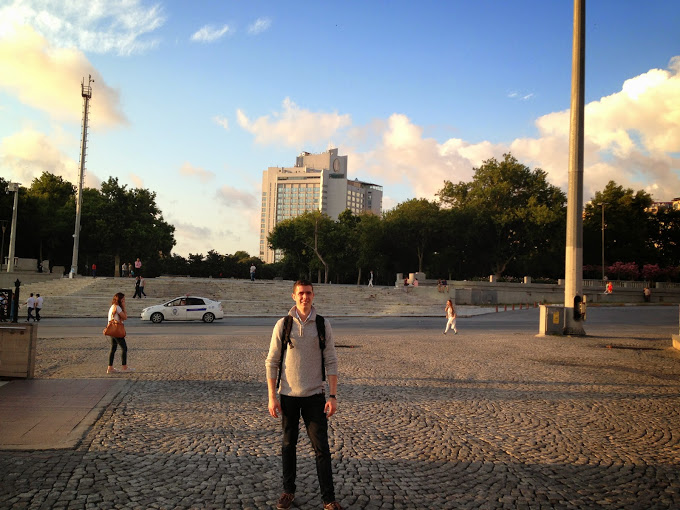 The park itself was surprisingly small, but is significant in it’s location. There aren’t a great deal of other parks around this particular area. 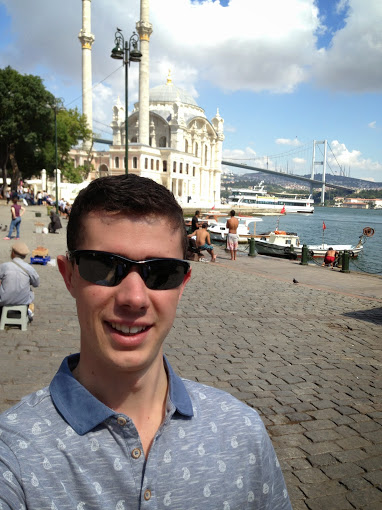 Of course, the ‘selfie’ - This particular picture was taken near Ortaköy, you can see the Bosphorus Bridge (or First Bridge) in the background, behind the Ortaköy mosque. The Bosphorus is a fascinating waterway because of it’s location between the Black Sea and the Sea of Marmara. It is the narrowest straight used for international navigation. There is simply loads of shipping traffic. The Queen Mary was docked in Istanbul for one day while we were there. 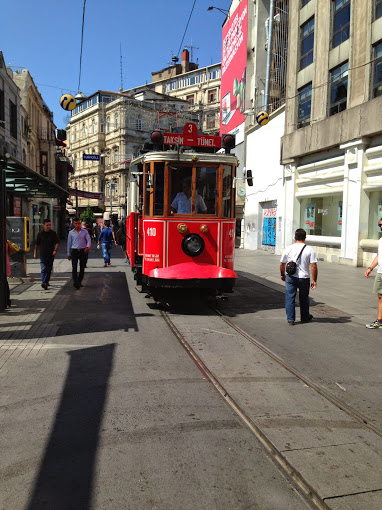 Above - one of the historic trams that run along the street from Taksim to Tunel (below). I got the impression the trams were more of a tourist attraction than a practical form of transportation - although I could be wrong. 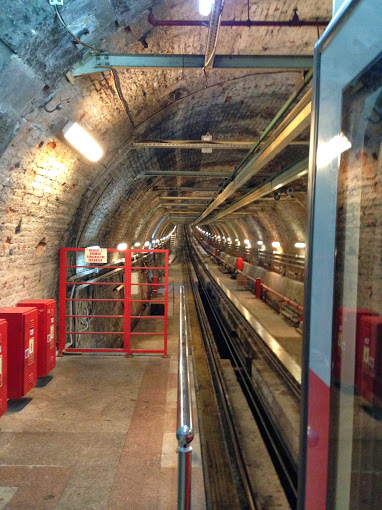 Above - This is Tunel. It is the oldest underground railway after the Metropolitan in London. It’s a fairly short track that has two cars with a passing place in the middle. The lights inside the tunnel made the journey very interesting, the original brickwork is still visible. 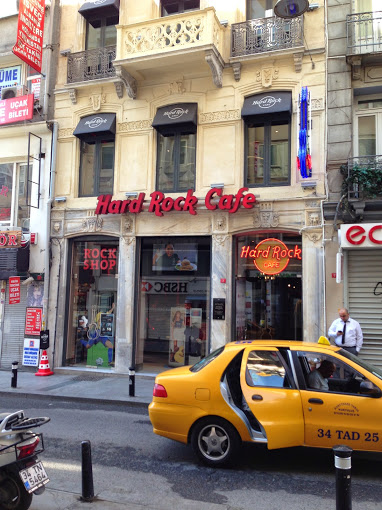 This has become a small tradition (which is probably the whole point of Hard Rock). It wasn’t amazing but a Hard Rock Cafe none the less! It was a bit of a nightmare to get to, the taxi driver was literally following my iPhone’s google maps. Turns out in the end that it was right next to where I took the picture of the tram - doh! 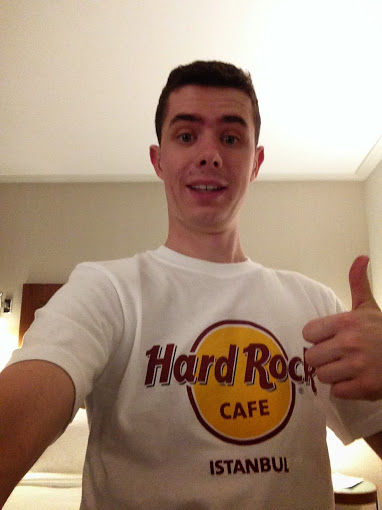 The flight back to London was painless - although the same aircraft that had landed back at Heathrow. I look forward to visiting Istanbul again, it was much safer than I had anticipated, people were friendly and surprisingly it wasn’t too expensive.