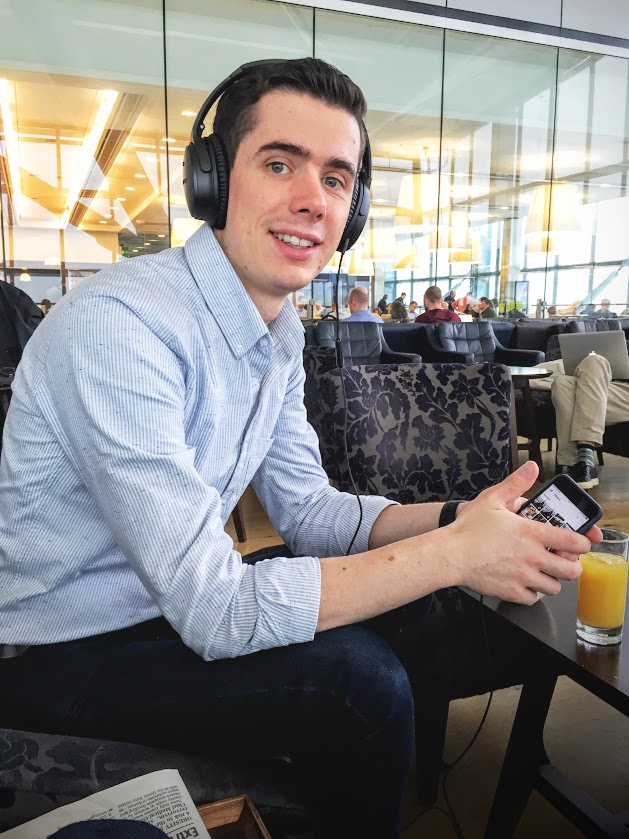 It’s become somewhat of a tradition to take a holiday in December. So far it’s always somewhere noticeably warmer and where beer is considerably cheaper. This year we thought we would shake things up a little and do the polar opposite - go somewhere colder, where the beer is much more expensive.

Iceland is an eminently fascinating place, full of history, strange quirks and oddities. Admittedly, it hasn’t been on my list of places to visit for a particularly long time, although has certainly grown in interest as I’ve travelled more. It is by no means the cheapest place to fly or stay, a 5 night trip was rather pricey compared to other northern European countries, such a those in Scandinavia.

Our trip started in Heathrow Terminal 5, @tigziefc’s first visit to the home of British Airways, and the first real opportunity to put my new frequent flyer card to good use. The flight out was around 3 hours long, which was largely uneventful, except for the fantastic view of Iceland on our approach to Keflavík Airport. The Airport was built during WW2 by the Americans, evident in that it’s 50km away from the largest city and is completely over-engineered. Prior to this the British also built and airport on the island, the first in fact, in 1940, this airport now handles only domestic flights and was at the time relatively close to Reykjavik. It is now essentially within Reykjavik proper - causing some dispute about it’s longevity due to noise - however it’s very close! 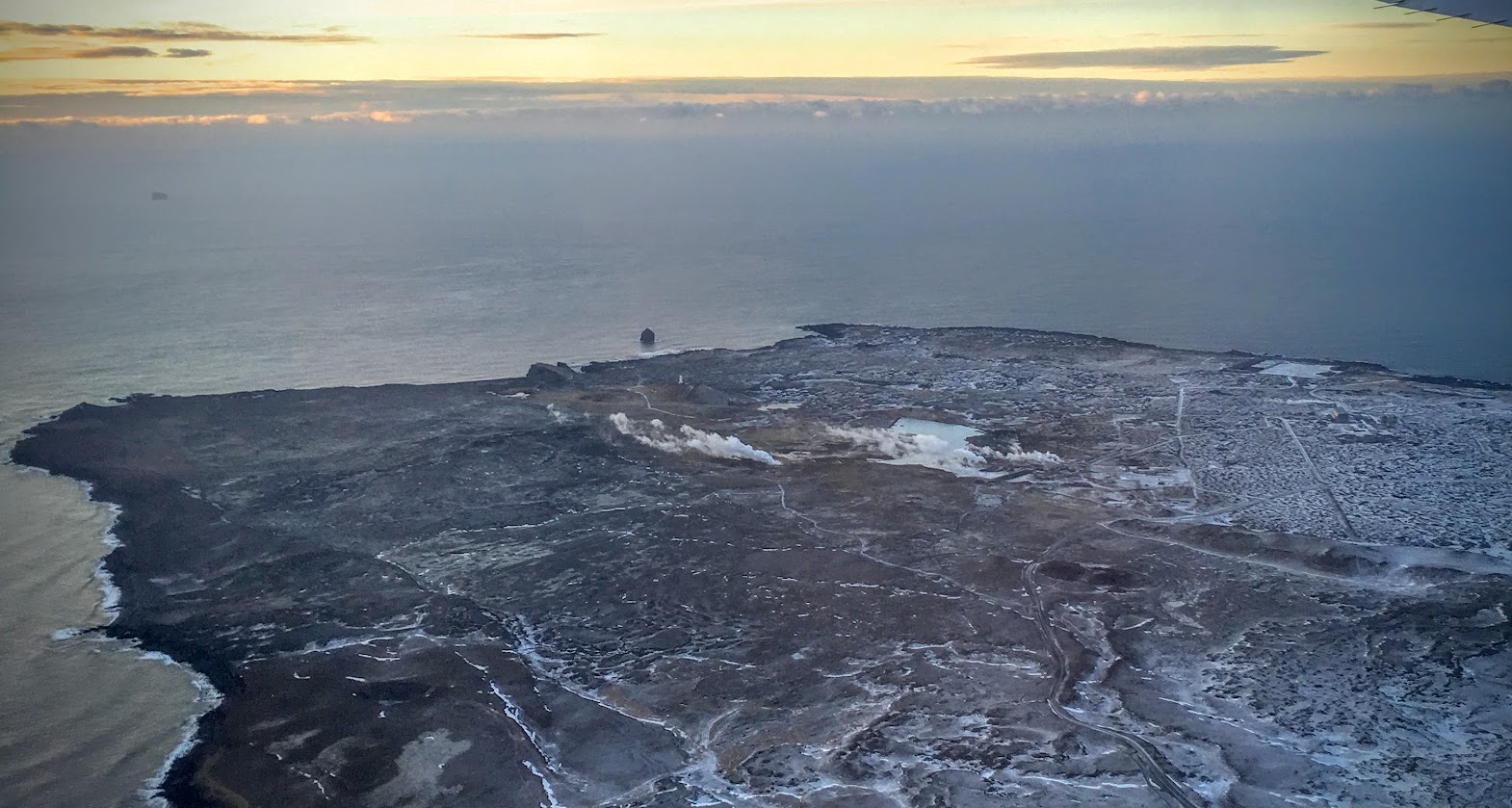 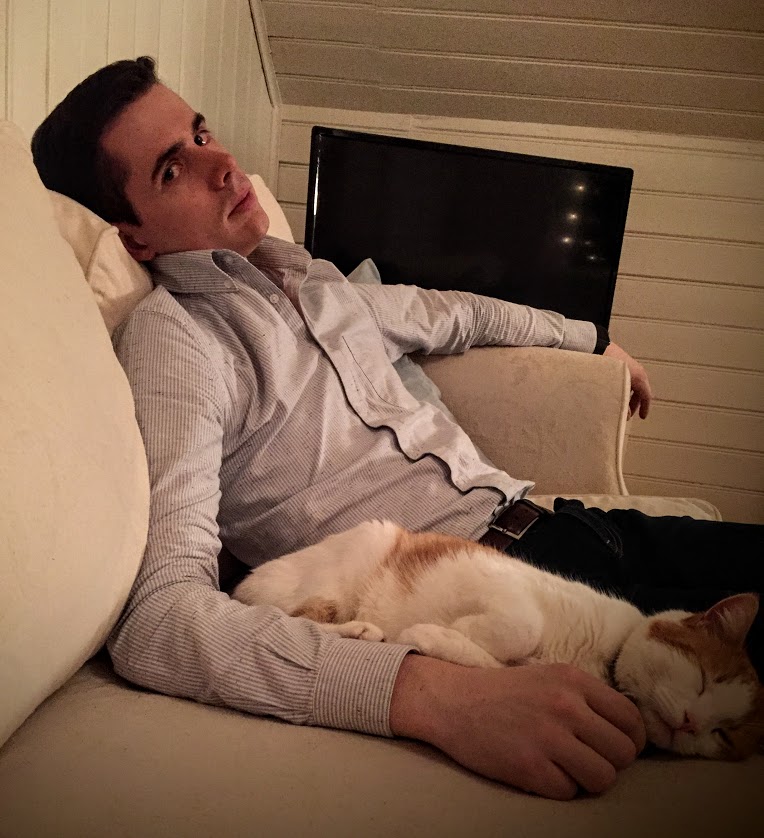 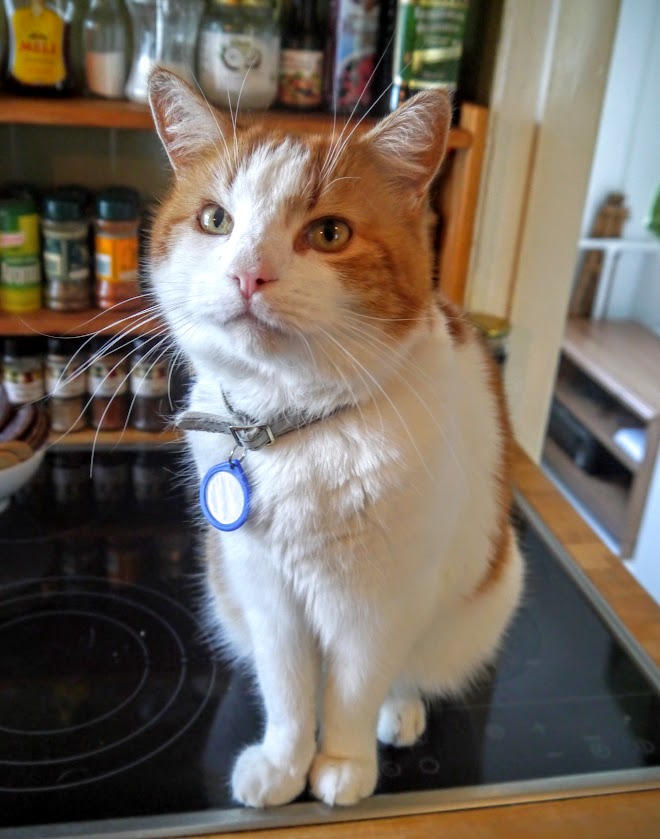 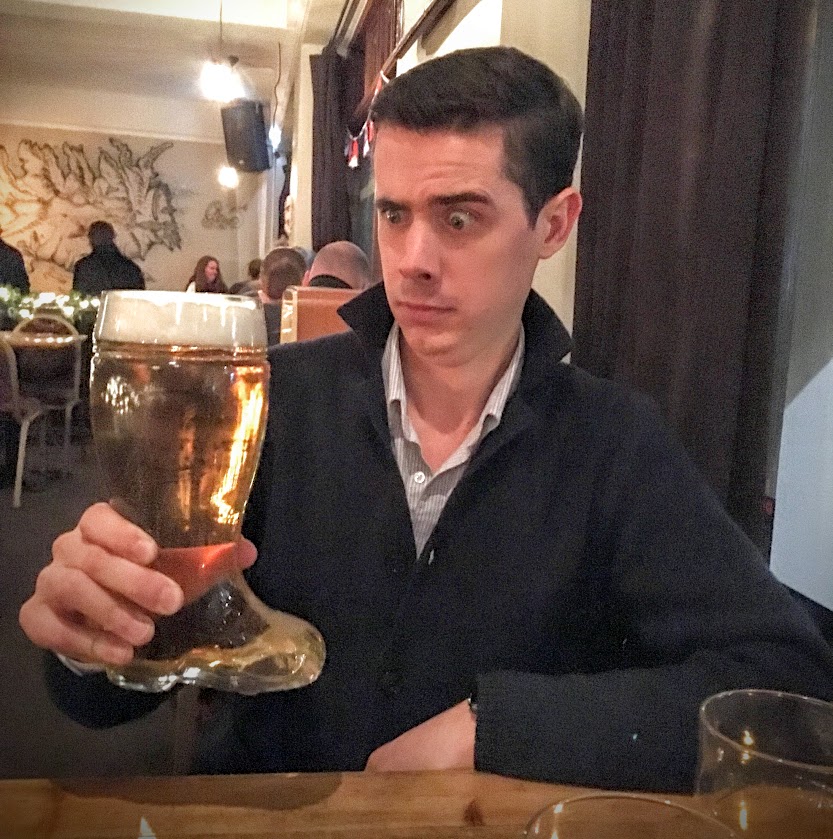 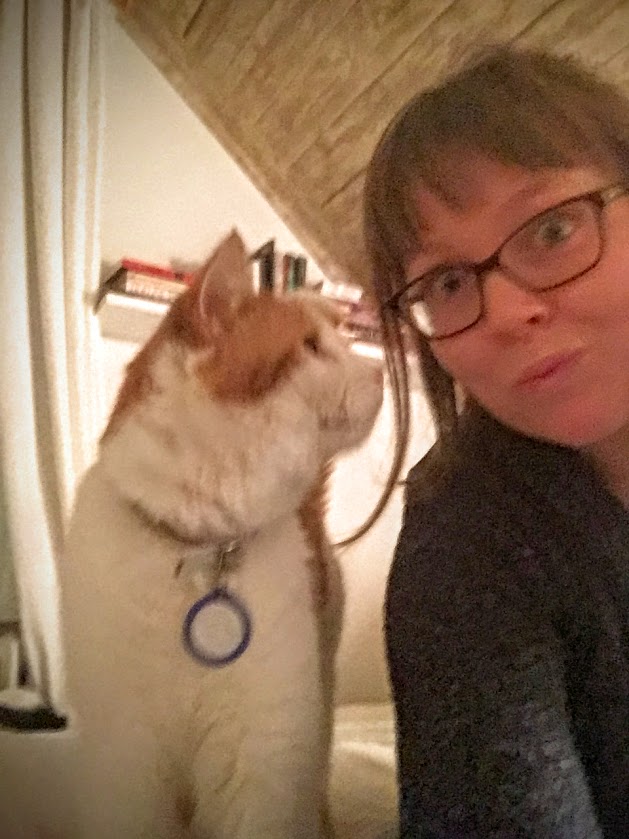 Transportation onwards from the Airport is by road only, we chose to rent a car for our trip on advice from various sources. Car hire, like most things we came to discover is very expensive, but absolutely worth it. This was also my first time ever hiring a car, which proved a little daunting to begin with.. We drove to our Airbnb rental in the city, the drive was our first real taste of Iceland, the landscape is like nothing I’ve ever seen before, comparable only to that of the moon.

We had booked a rather special Airbnb, which had resident cats for company. They took some getting used to for people who aren’t particularly familiar with cats but were really good fun and provided great entertainment. The apartment was located right in the centre of Reykjavik, which isn’t actually very big and in hindsight, we had a car so we could have stayed somewhere a little further outside of the city. It was however certainly well suited for accessing everything.

We tied up the day of travel with a visit to the Frederiksen Ale House, which was a total tourist joint but we were too tired to care. I enjoyed my second Icelandic beer in a boot glass, which is absolutely not a local tradition. 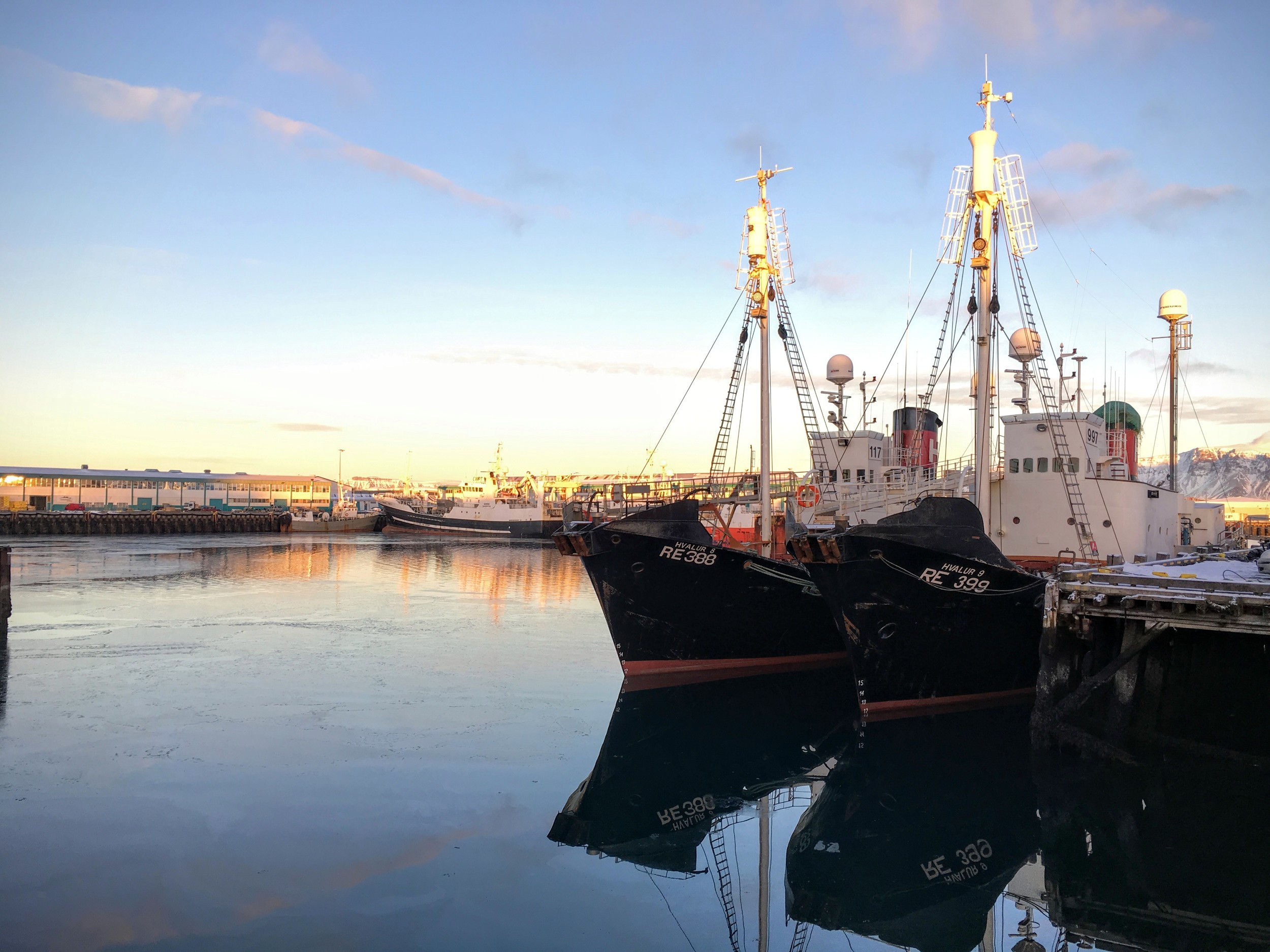 One thing we very quickly realised is that the daylight causes big problems when you need to wake up. There is only about four or five hours of sunlight in December which means there are very long dark mornings and very long dark evenings. Since we were self catering we needed to go and find a supermarket to buy food and drink for the week. Early on in the planning for this trip we agreed that we’d do our best to offset the cost of travel against eating/drinking out much less than we would on a typical trip. We went on a drive to nowhere and found a ‘Bonus’ which is similar to Aldi/Lidl in Europe, what made Bonus funny is my new ethic to not eat pork products since it’s logo is that of a giant porky pig.

The landscape on our drive out of town continued to be as stunning as the journey from the airport, huge snow covered hills with very little man-made changes. We also walked down to the harbour in Reykjavik which was perfectly calm against a setting sun. I will always remember this as it’s the first time I’ve ever seen frozen seawater which I still find very odd. 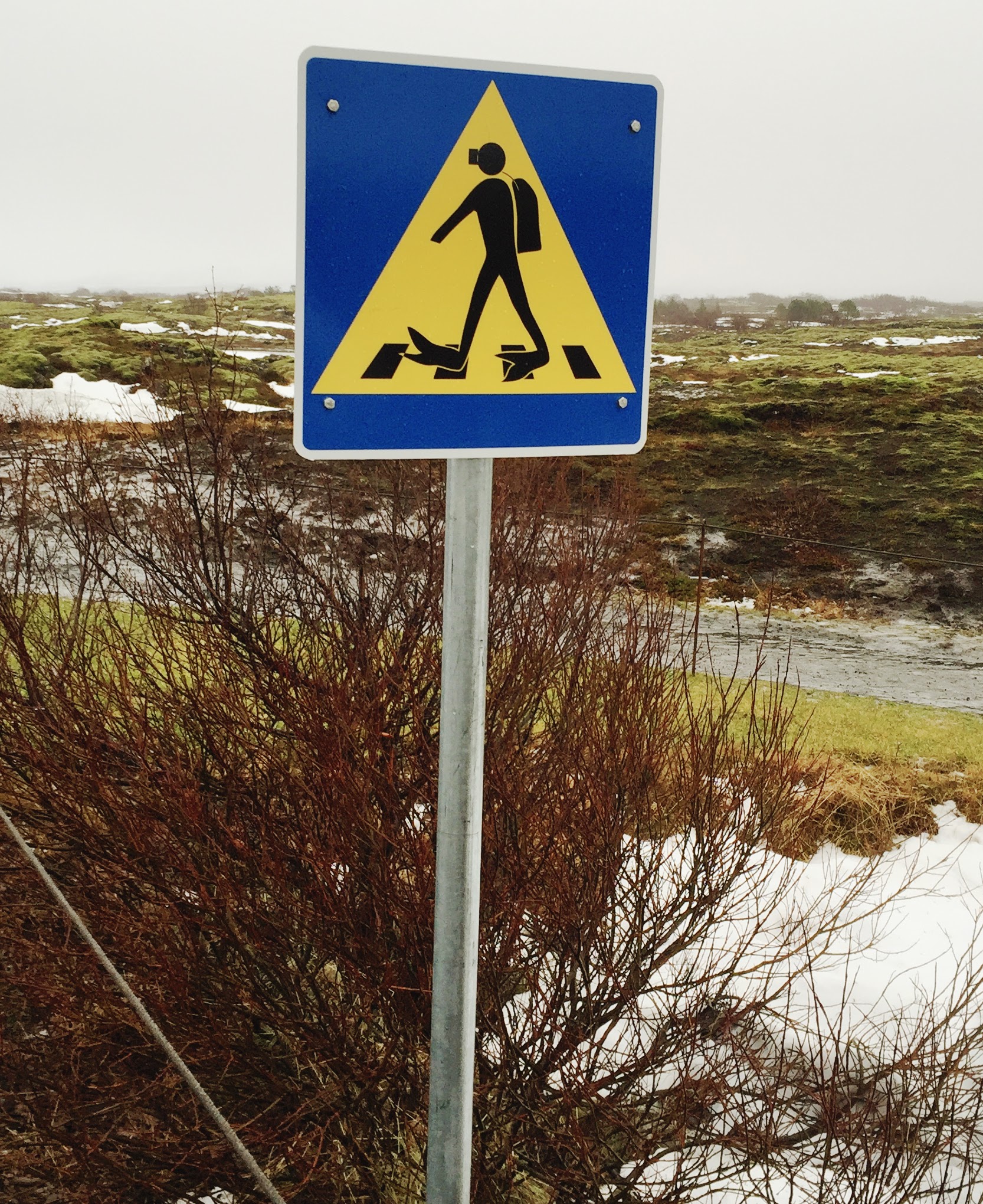 The day of the dive! This was probably the highlight of the trip for me, everyone in the diving world has heard of Silfra, it’s an absolute mecca for divers and on everyone’s bucket list. The location is unique in that it’s a rift or crack between two tectonic plates, the Eurasian and North American plates - to be precise. The rift is underwater, fed by a natural spring of consistent temperature which means it has a very slight current. I managed to arrange a dive with a local guy via email, never much of a fan to go with a big tour group. Heddin was  great guide, picked me up from Reykjavik and gave the dive plan in the car on the way to the national park.

The dive was actually pretty thrilling, the temperature outside was around -12 Celsius before wind chill and is certainly one of the coldest I’ve ever been. The temperature was not conducive to wanting to go and get in the water, it was literally the opposite of what I wanted to do. Nether the less, I threw a dry suit on with an under layer and we went to get in. By this stage my hands and feet were seriously frozen, I couldn’t do anything and it was borderline seriously painful - although once in the water everything began to warm up! The water temperature on the surface was around 2 Celsius, which was much better but still pretty mad. 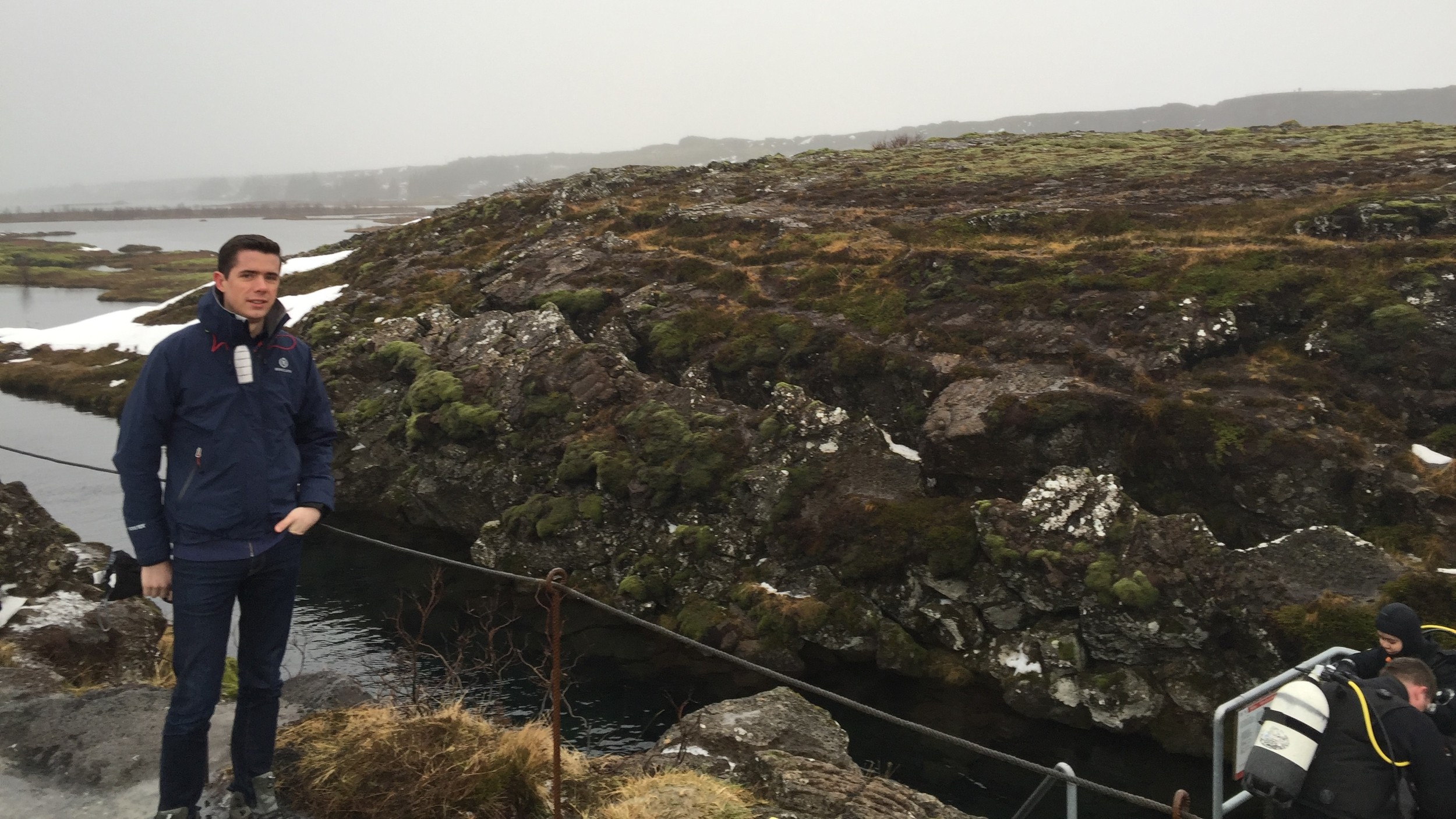 After dropping down into the rift everything changes, the cold isn’t even an issue. The water, the colours and the rocks are just some of the most stunning things I’ve ever seen. It’s blue, green and simply beautiful; the water is completely crystal clear giving perfect visibility for 100 meters or more. The dive isn’t deep, I didn’t go below 10 meters at any point, there was simply no need.

After a 40 minute swim the hard part was getting out! One you walk out of the lake everything you wear freezes instantly, shoes, mask, hood, gloves, suit - it’s ridiculous! I couldn’t wait to get dry and to try and revive my fingers and toes. Heddin didn’t experience any of this suffering, simply got in the truck and dealt with it! The person who was diving with me however was feeling it more than I, we had some coffee on the way back to try and fix frozen extremities!

In the afternoon we walked around town and went to a great little ‘Micro Bar’ which specialised in craft beer and had plenty of Icelandic speciality beers too. We ended up spending a fair amount of time in this place over our stay and met some pretty interesting people from far and wide.

My fingers are still numb. This is not good at all…. I decide to do the most manly thing possible and completely ignore the problem. 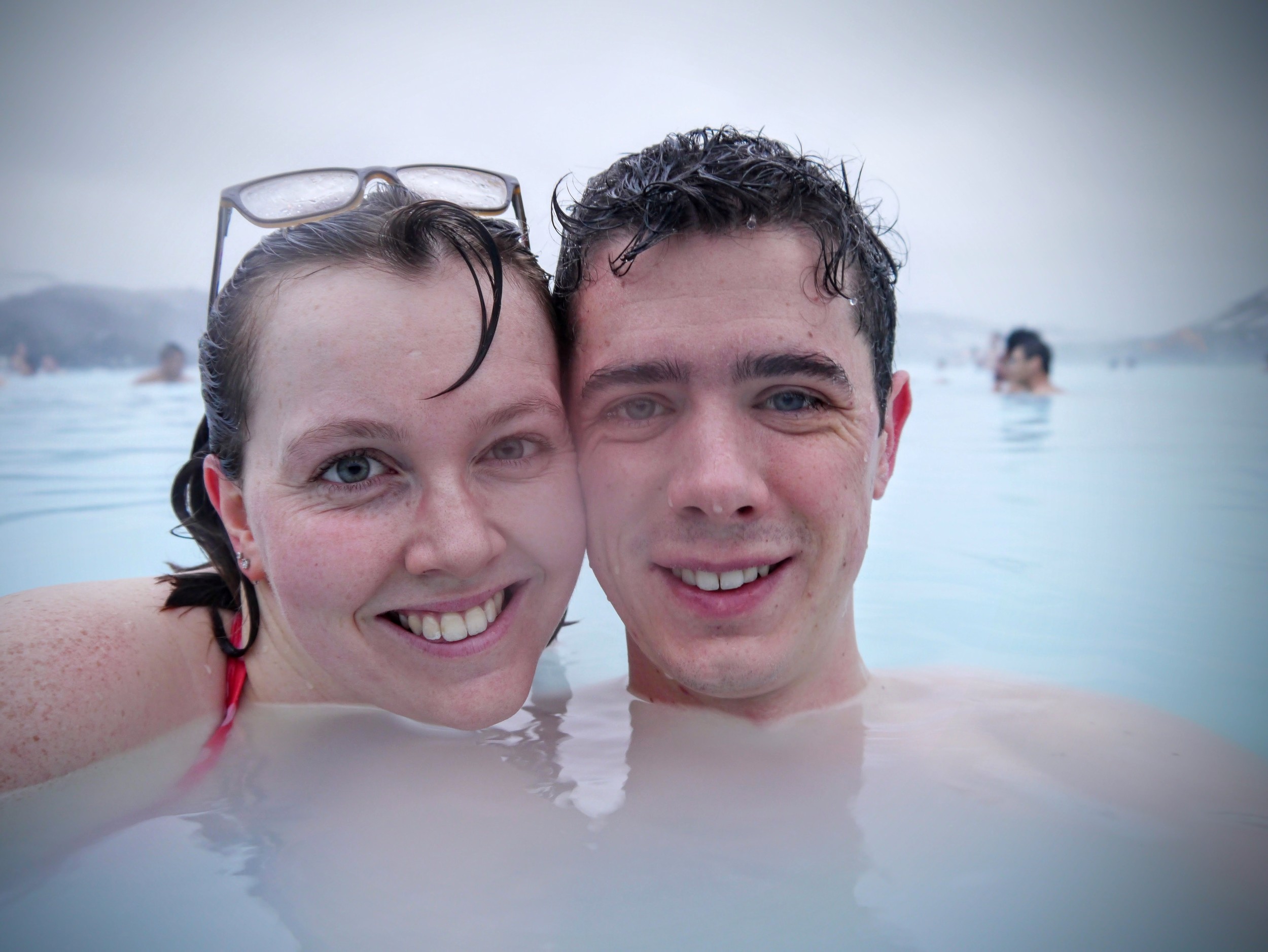 We visited the famous Iceland Blue Lagoon, which is supposedly a completely natural hot spring. It was a reasonable drive, around the same distance as that to the airport. The lagoon was actually pretty cool, it is essentially a big ‘pond’ with a sandy floor and smooth rock sides. It was a total tourist trap but it’s kind of an Icelandic icon, so you can’t really no go. The price wasn’t terrible, but wasn’t cheap - do expect to be bored within the hour. We had a great time and took some cool pictures while being incredibly careful with our mobile phones!

Lunch was pretty fun, we had Taco Bell at the only restaurant in the country, it wasn’t great, but what did we expect? We closed out the day with a happy hour crawl to some of the bars we hadn’t yet been to, the highlight was a local 12% stout which absolutely blew my head off. It was a good beer though, throughout the trip I had several beers from the same brewery, my particular favourite being number 3. 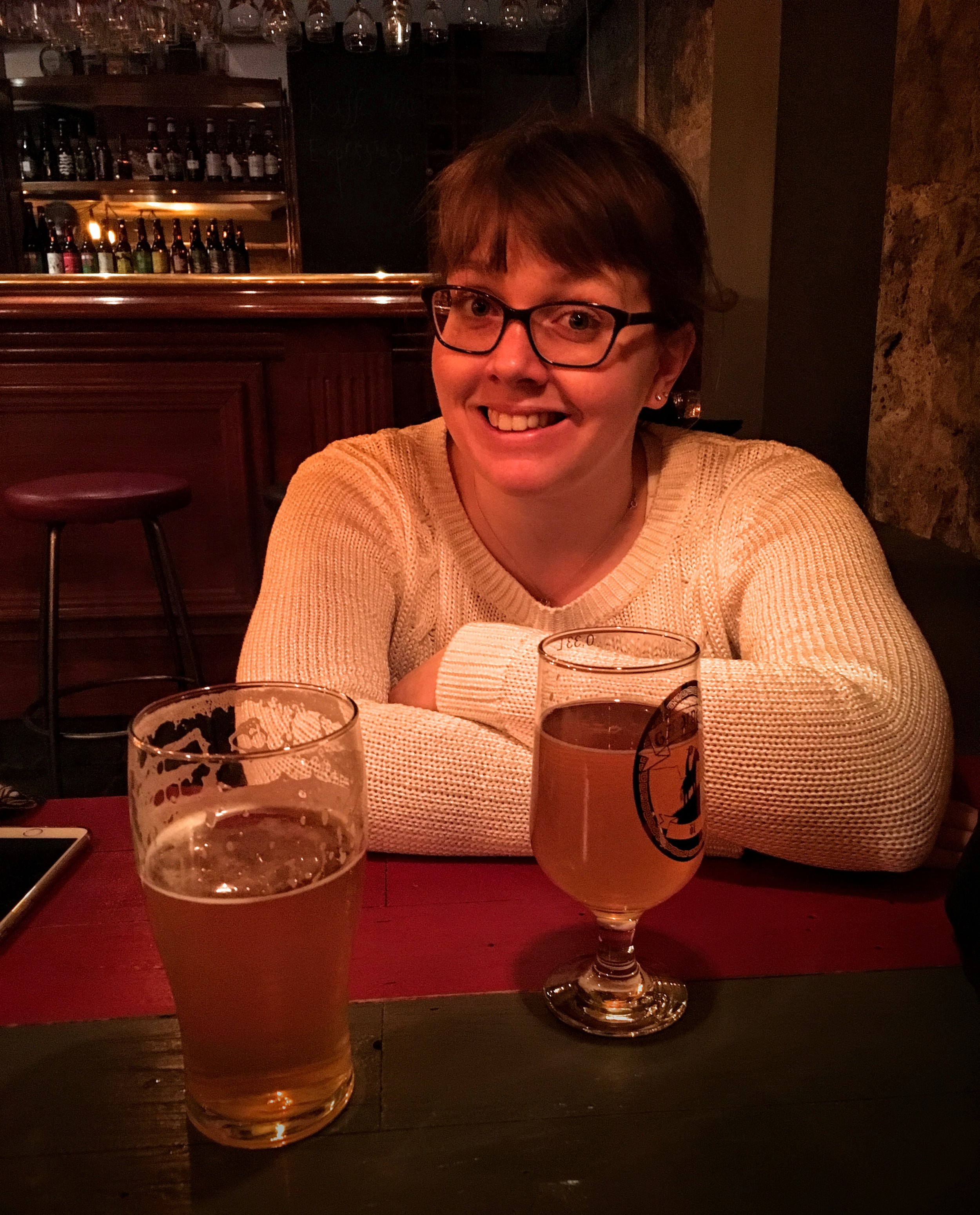 Fingers still numb. Now getting a little worried, it was as if I had just made a snowball, except the sensation did not subside. Not painful, just annoying.

The weather was getting a little worse outside, temperature still pretty cold for Iceland standards with plenty of snow on the streets and a little ice on the road. Despite this we wanted to see if it was possible to drive out to the Gullfoss Falls, it’s a considerable drive and the roads didn’t seem too bad, all the locals said we’d be fine. We actually made it most of the way, it wasn’t at any point dangerous but we agreed that it wasn’t worth the risk of the weather turning and not being able to get back. Bit of a shame but the landscape was plenty enough for us to take in!

We pulled over at the Silfra dive site which was on the way to take a few pictures. It was much warmer than the other day, but the divers all still looked very cold! Glad we stopped here for a while as the landscape around the rift was just as interesting above water. Our final evening was spent in the Micro bar (where we had been about four times now), we drank all the beers we hadn’t yet tried and called it a day.

The trip back home was fine, despite the lack of lounge at the airport. On our return home I called 111 for my fingers and at around 1 am the next day spoke with any army doctor on the phone who concluded that I had mild frostbite in my fingers - whoops! She said they would be fine in a week or so, which was good news.

Iceland was a fantastic place to visit. I’m really glad we went while it was cold, it made the experience much more interesting for a short break. Most recommend visiting April/May or September/October in order to get the best weather and for it to still be relatively quiet - this would definitely be advice we take on board if we visit again. All the things we did were great, but it is expensive, take a big wallet with you!