Last year was always going to be difficult to top, Monaco was absolutely fantastic and we had a wonderful time; we relaxed, enjoyed good food and embraced the rich and famous lifestyle – we even flew in a helicopter! This year I was determined to try and continue our February city break tradition and after nowhere near enough research or preparation I decided that we should give Dubrovnik, Croatia a visit.

Dubrovnik is not a place I had a particular desire to visit, although pictures of the old town, along the coastline certainly made it quite appealing and were definitely the biggest selling point. The town has recently become synonymous with the Game of Thrones franchise, many scenes from ‘King’s Landing’ are filmed here, which is pretty interesting. The other big reason for picking here is that Croatia is a country I have not yet visited and I have a personal quest to visit four new countries/territories this year (see my list); so there was that too…

The flight out to Dubrovnik was exceptionally and painfully early in the morning; of the many, many flights I have logged in flightdiary it is the earliest I have ever taken. Not really sure why it needed to be so early, but we didn’t have too much of a choice, there is only one flight every other day and nobody only British Airways fly direct from London during winter. Despite this, it gave us a good headstart on the day. Once we arrived it was a short taxi drive to the old city, getting there was far simpler than the internet would have you believe. Thirty euros to a transfer website and there was a chap waiting for us at the terminal, easy. The old city is completely pedestrianized so the closest a taxi will get you is a spot called Pile Gate where it’s time to grab the bags and walk! 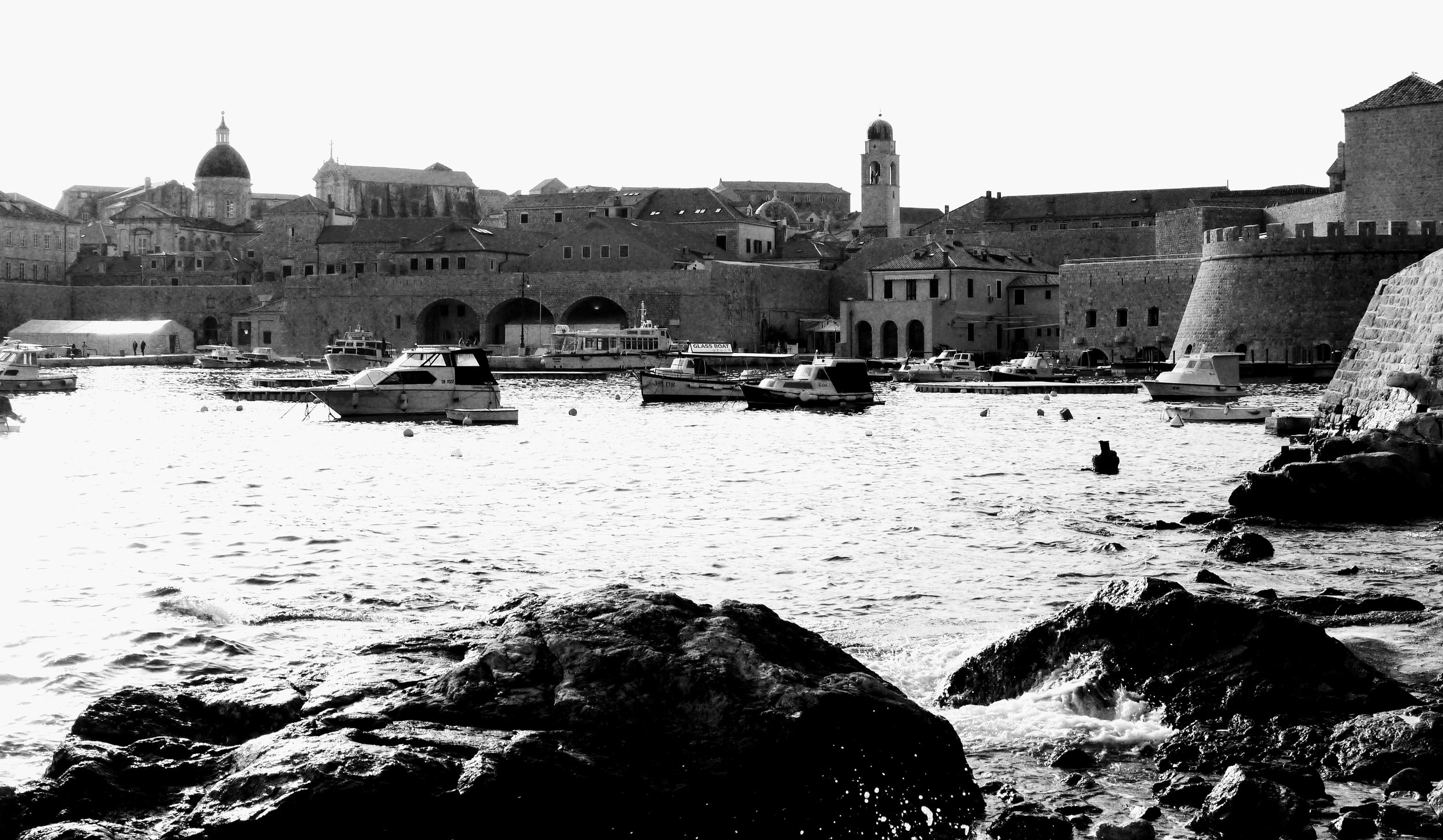 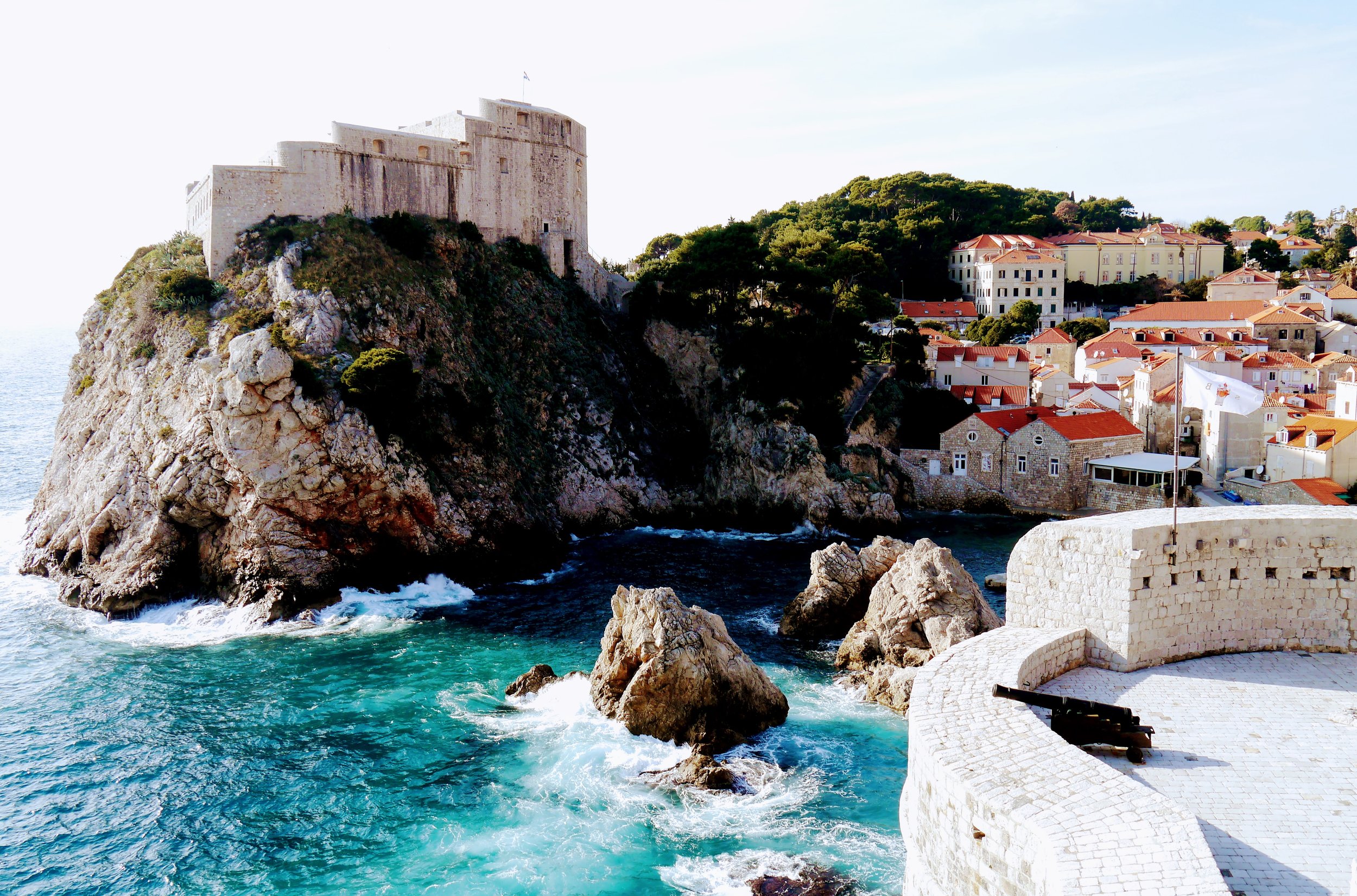 The Airbnb was fantastic! A very strange bedroom downstairs and kitchen upstairs type affair but it was comfortable, cozy and all we needed. The street outside was absolutely to die for, old brick, with buildings squeezed in together with narrow, steep steps to the main street. I had some reservations that the streets might be fabricated for tourism or that many of the pictures online are of one tiny spot and the rest was nothing like it, I promise you, there is not an ugly street in the city! 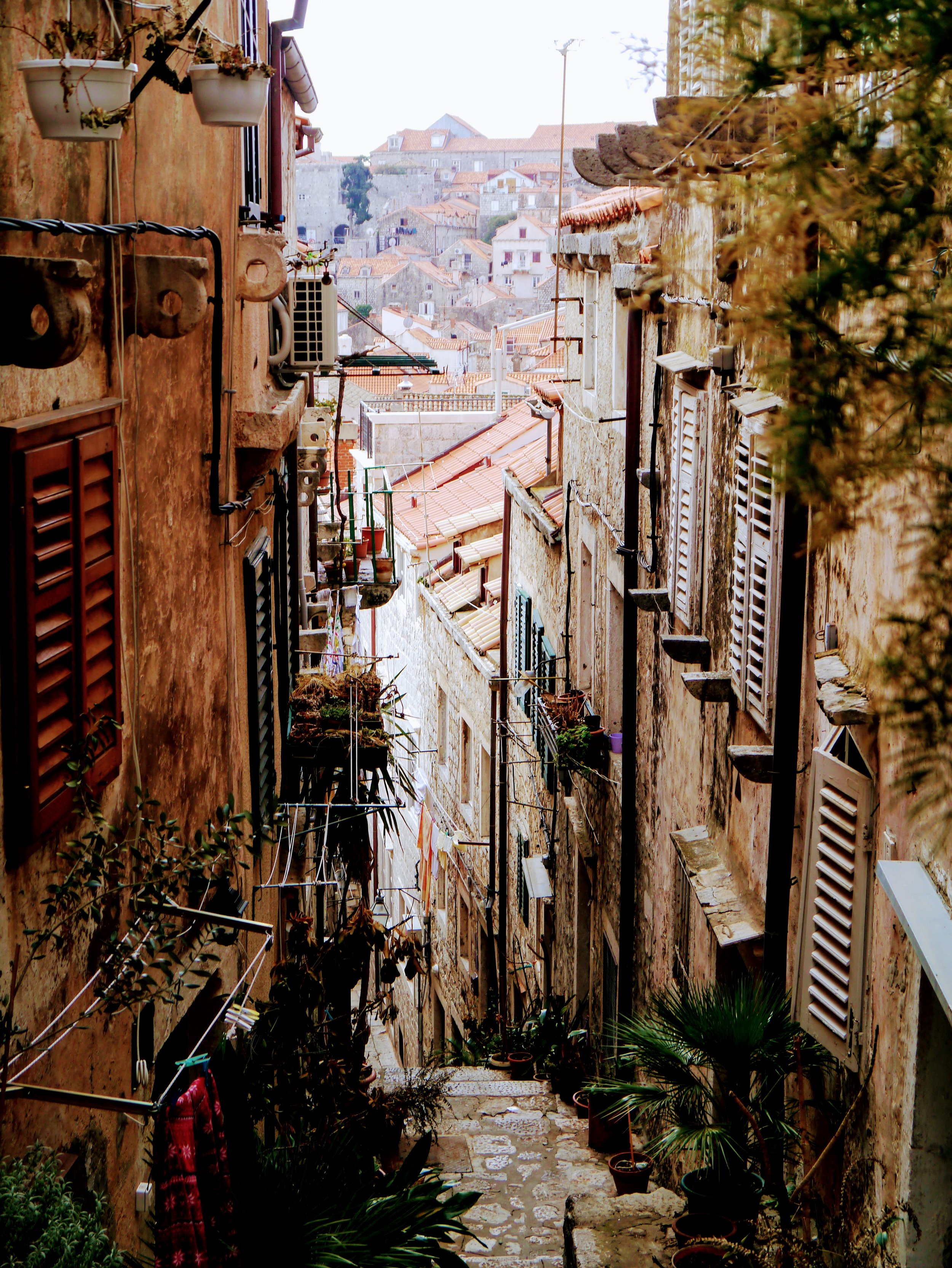 On the first day we walked about the City Walls, these are the dominant feature of Dubrovnik and surround the city in order to defend against attack. The structures are a result of work that took place between the 7th and 17th century, the majority of their present definition is from work that took place around the 14th century where after the city-state of Dubrovnik flourished through maritime trade. The history of the walls is thoroughly impressive and it’s an absolute marvel that they are still standing in such great condition. They are along with the city itself one of Croatia’s seven UNESCO World Heritage Locations. If you plan on visiting the walls, be prepared for a reasonable amount of physical activity, it’s a good distance around the city and there are plenty of incline changes and steps involved, do take water, especially if it’s summer time!

Being winter there wasn’t a particularly large number of restaurants and bars open which was unfortunate, the city was quiet but there was a great place open called Posat. Not a cheap place but we were very well looked after; to eat we shared a fresh fish cooked to order and a soup made from the head and cheeks! We drank Croatian wine which was surprisingly good and even had space for deserts. Certainly recommended if you do choose to visit, I would expect that during summer booking would be essential. 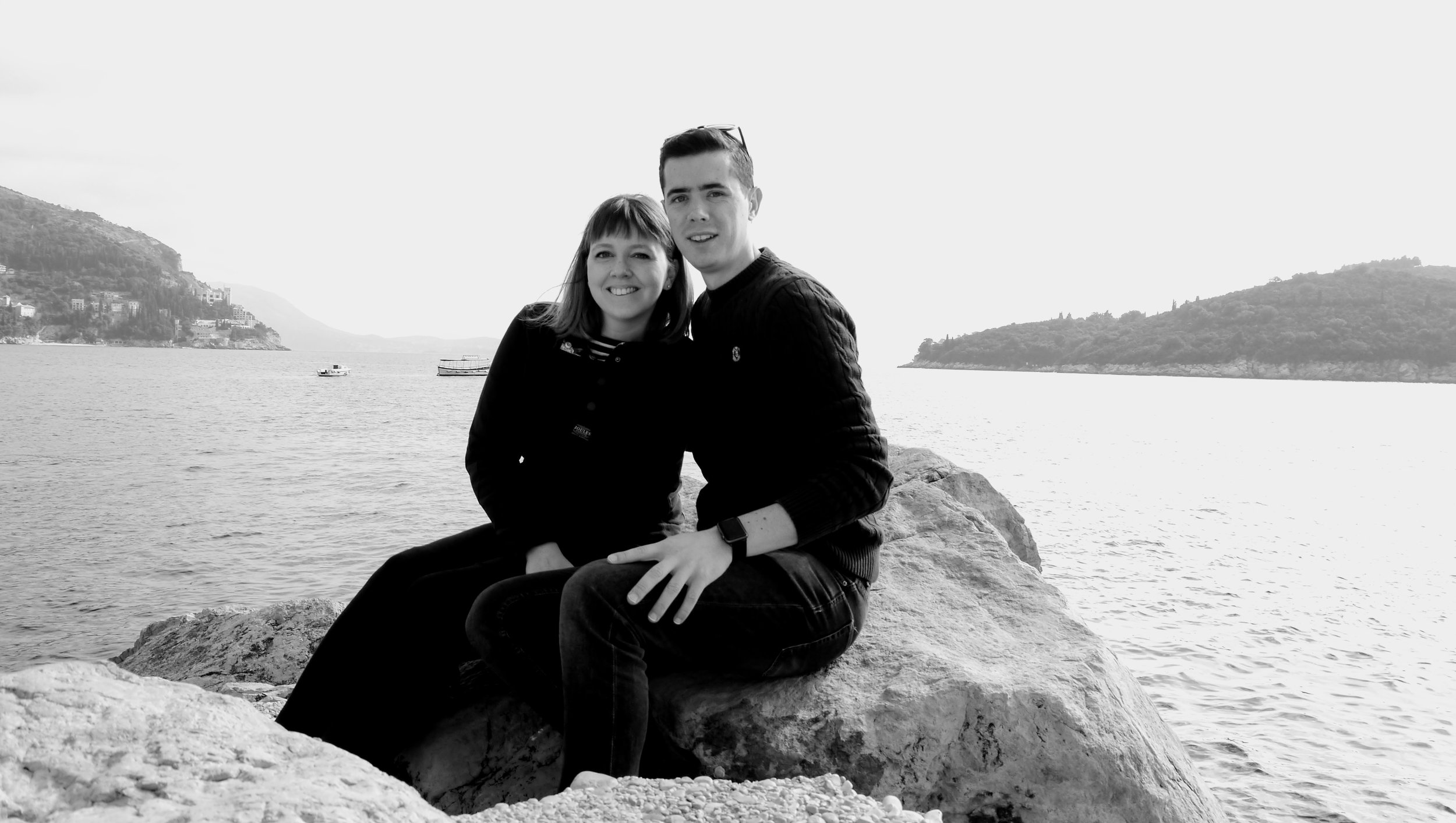 The second day we took things much easier, we had a coffee on the square and took a slow walk around the city. We found that we could walk around the walls alongside the sea to get a great view of the surrounding islands and sheer vertical walls of the city. There are numerous small hidden doorways out to the cliffs, our favourite was one which led to a place called Buza Bar. This is probably the best view from any bar I’ve been to, with unhindered views across towards Lokrum Island and the Adriatic. We didn’t stay for the sunset, but apparently it’s quite spectacular. As with Posat, I imagine this place is an absolute zoo in the summer months, and certainly is one of the coolest bars in the city. If you ever go to Dubrovnik, it’s essential you don’t miss this. Towards the end of the day we had a nap (because we were completely exhausted form the day before!) and ended up watching the England vs Wales Six Nations game in the Irish Pub. Glad we did as the game was absolutely fantastic and England won. 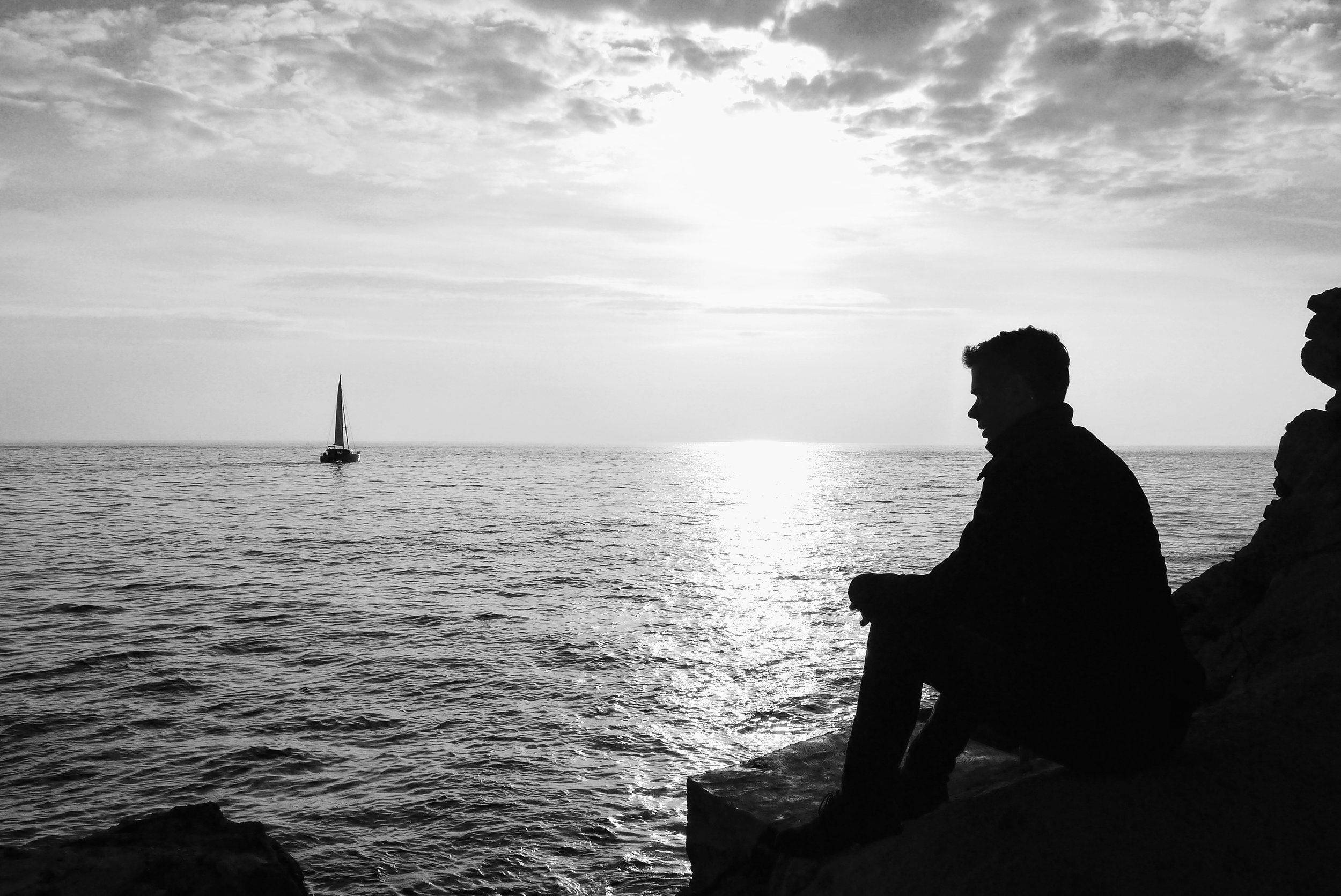 By Sunday we were very tired indeed! We had a bit of a lay in, which was a bit weird, all we could hear was people walking up and down the steps outside. We got up, pulled ourselves together and decided to go on a big walk. We headed out of the old city and towards Lapad and the main marina area of Dubrovnik. It wasn’t the sunniest of days but the walk was pretty good and we found a cool street with cafes and bars that was much less tourist-focused. As with the old city a lot of places were closed for winter, but we made do and still had a good time enjoying the scenery. Exhausted and hungry we got the bus back to the town, which was really quite easy. Without much hanging around we hit the Irish pub for a beer and a burger – now regulars, along with almost everyone else who was there, who all of course happened to be on the same BA flight. 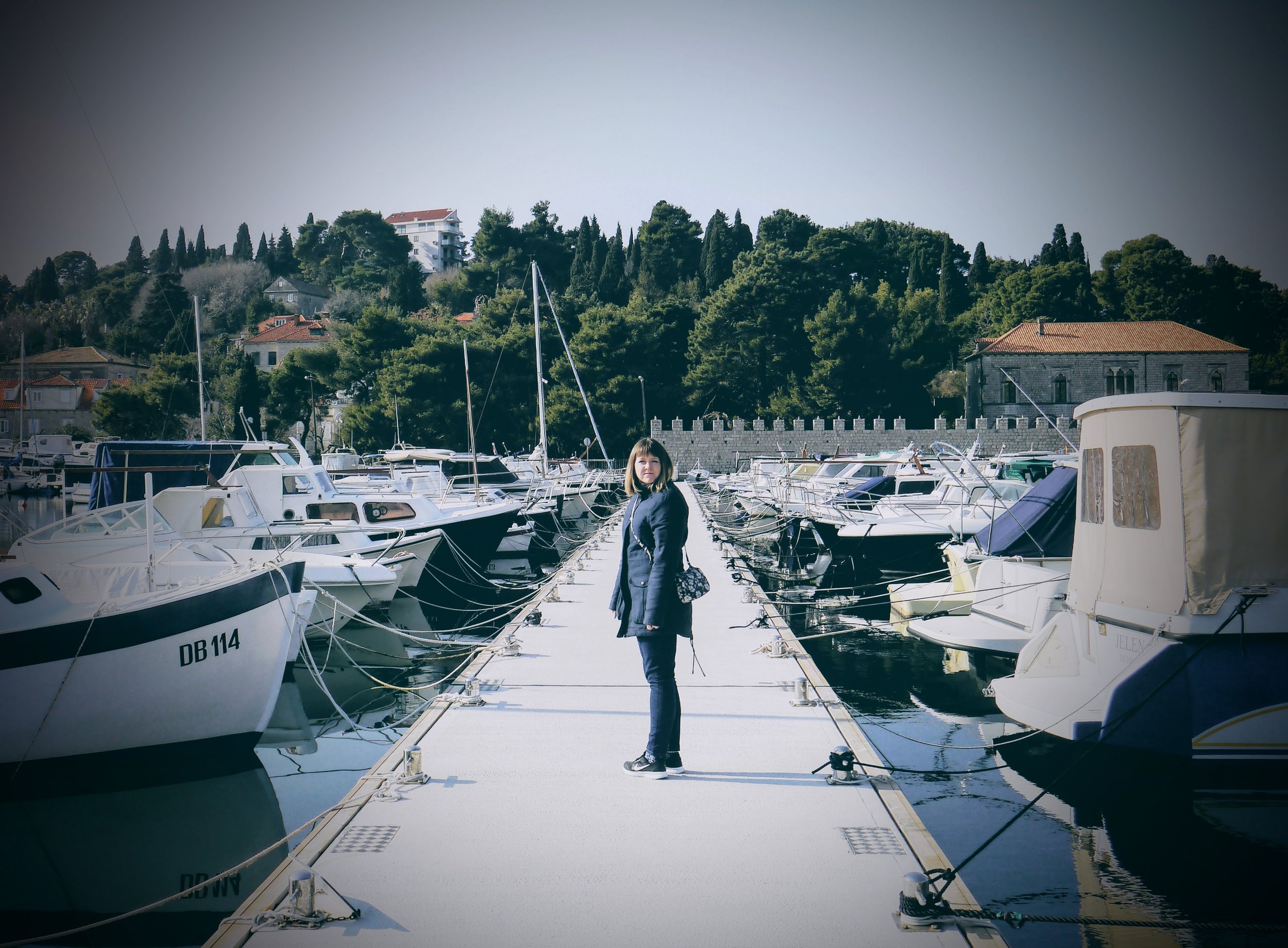 Dubrovnik is certainly one of the stranger places we’ve been to, although I can’t quite put my finger on why that’s the case. It has some great history, fantastic food and a weird European vibe that we’ve not experienced before. That said, it was a great trip and we had a fantastic time enjoying the city and despite it being winter time, actually enjoyed the peace, quiet and new surroundings. Would we go back? Probably, although we wouldn’t rush back, where Monaco we certainly would rush back!