It’s fair to say there are quite a lot of islands in Finland, I think Finland is second only to Sweden. These islands in combination with the sea and the city centre make Helsinki both very beautiful but also very functional On a nautical map the Helsinki area is awash with cardinal markers to warn ships from potential danger alongside some good depths allowing ferries to dock directly in the city centre. Some of the islands in the city area have small houses where people live all year round, the island in the picture below, Ryssänsaari has it’s own small slip way, jetty and submarine power cable!

One of the most famous islands around Helsinki is Suomenlinna, a fortress built several hundred years ago during Finland’s Swedish era to protect against Russian expansion. The island still has some military presence although this has been scaled back significantly. Instead it is now a very popular destination for Finns and tourists, there are museums, small cafes and attractions.

To reach the island there are two ferries, one is state-run and part of the HSL travel area and another is JT-Line, a private ferry. The HSL ferry is free to anyone with a valid travel pass and runs between Helsinki’s main harbour and the main quay in Suomenlinna, this ferry is reasonably large (see picture) and when we took it a number of motorcycles drove on! The other ferry is a hop-on-hop-off and calls at a number of other places on Suomenlinna, it’s not included in the HSL scheme but isn’t too expensive, the most significant difference is that it had a working bar! Both ferries take around 20 minutes so it’s only a short trip. 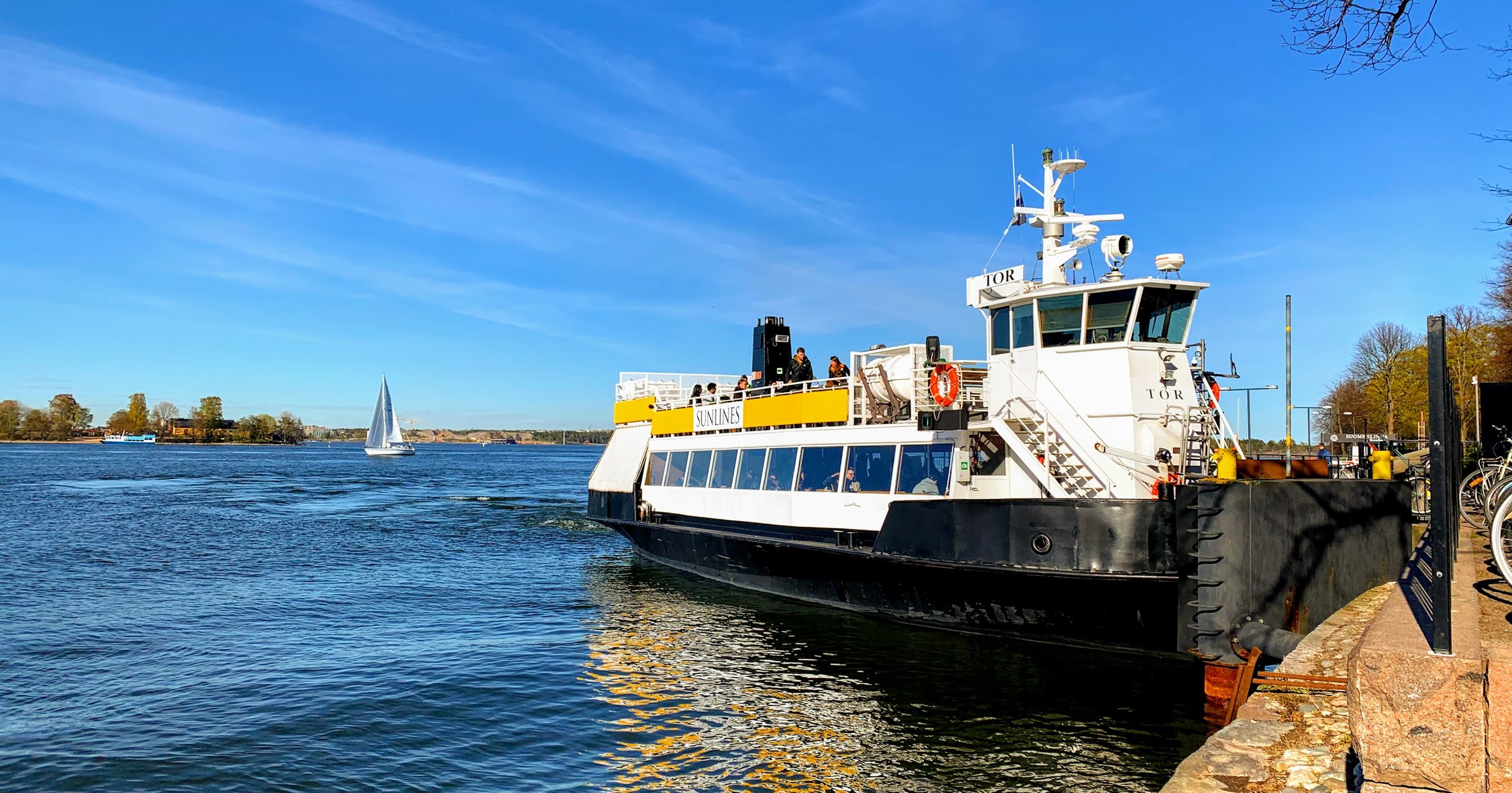 One of the attractions on Suomenlinna is it’s very own brewery, built into the pink gate building which can be seen immediately after landing on the island. Beers from the brewery can be found on the mainland and even in the K-Mart on Suomenlinna, they’re quite popular. We opted for a flight of beers and dinner in the brewery which didn’t disappoint, they even had reindeer which is how you know it’s a real Finnish restaurant! 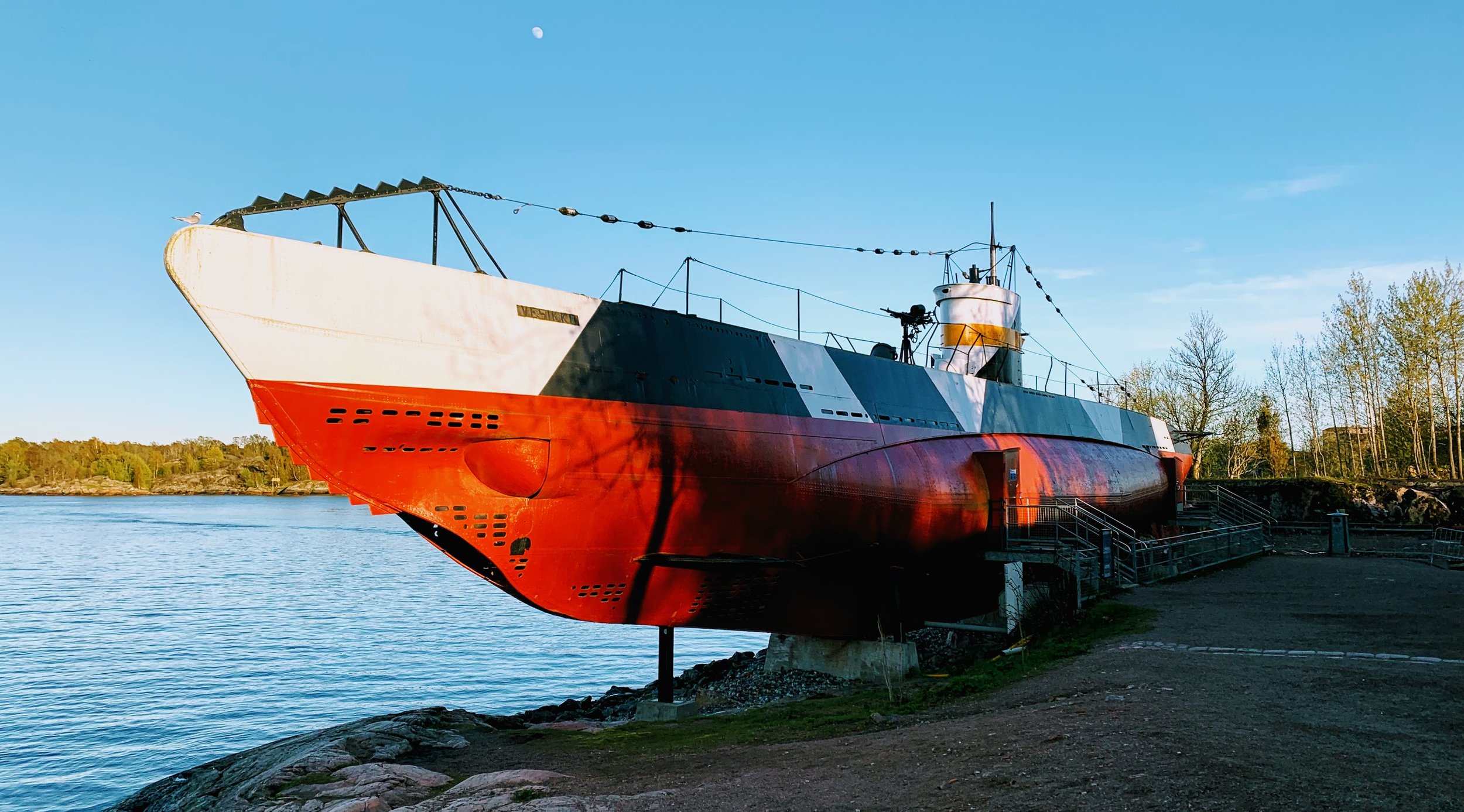 After dinner we explored the island and found the Submarine Vesikko, one of the last submarines to operate in the Finnish navy. The submarine saw action in WW2 after being launched in 1933 and during her career managed to sink a soviet merchant vessel. The boat is really quite big and a significant landmark on Suomenlinna, unfortunately we arrived a little too late and weren’t able to take a look onboard. 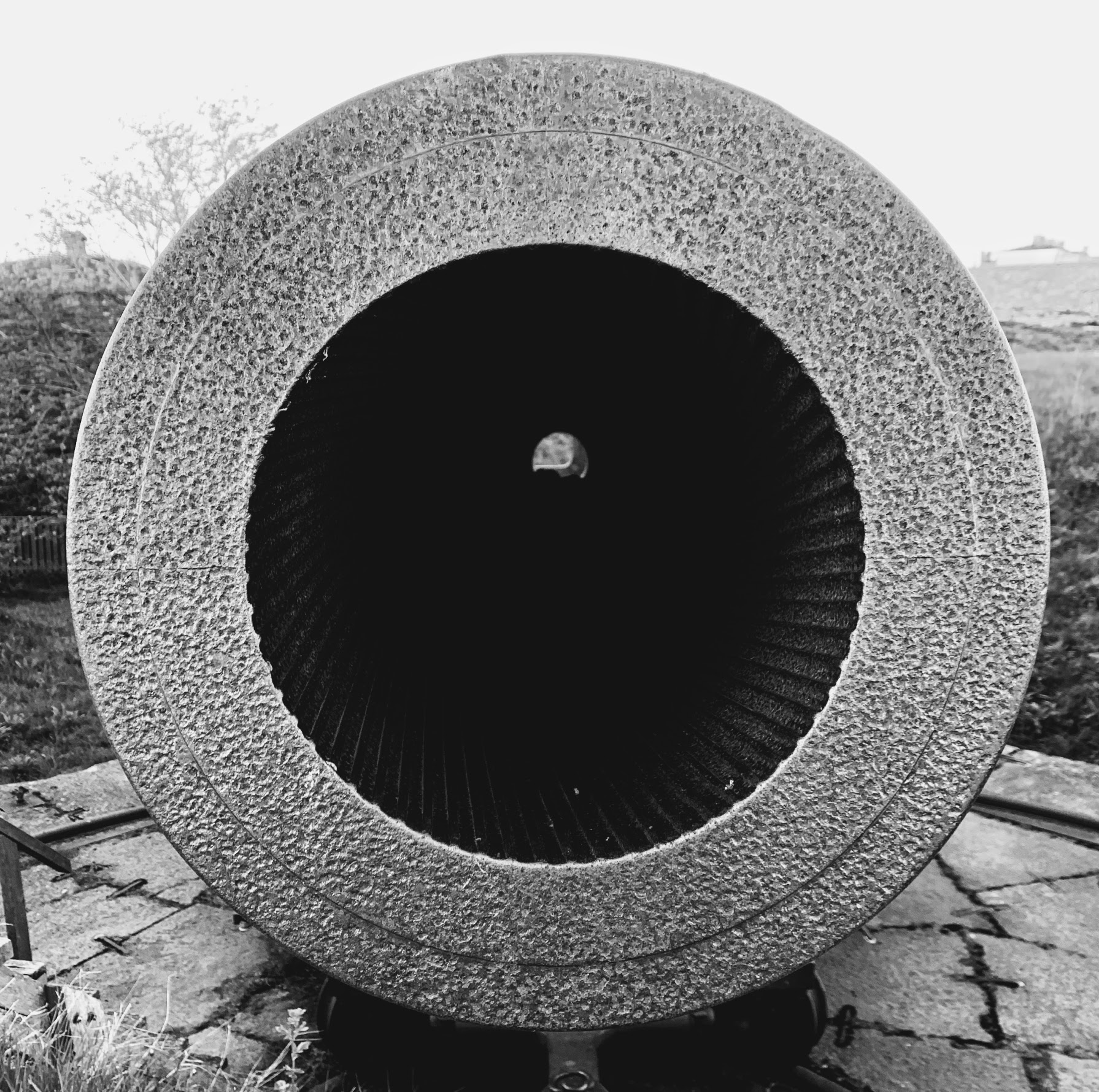 Walking on from the submarine we found the island’s fortress, it was in surprisingly good condition with barracks, bunkers and gun emplacements all still visible and with some accessible. Time and weather had taken it’s toll but I was impressed just how good of a condition everything was in. We were able to get up close to the some of the (presumably WW2) guns and some even had the rifling inside the barrel visible, which isn’t something you see too often. Nature very present and amongst the guns and fortifications there were the most delicate little flowers growing across the grass.

Amongst the fortifications we found a gorgeous beach area, which had steps, a changing area and an absolutely gorgeous view. Despite the cool water I couldn’t avoid going for a paddle, although didn’t do so for long! I can imagine this area in particular being very busy during the summer time so we were very fortunate to enjoy it to ourselves while we watched the sun set to the west. We enjoyed some Finnish Long drink courtesy of the K-mart which was really rather lovely. 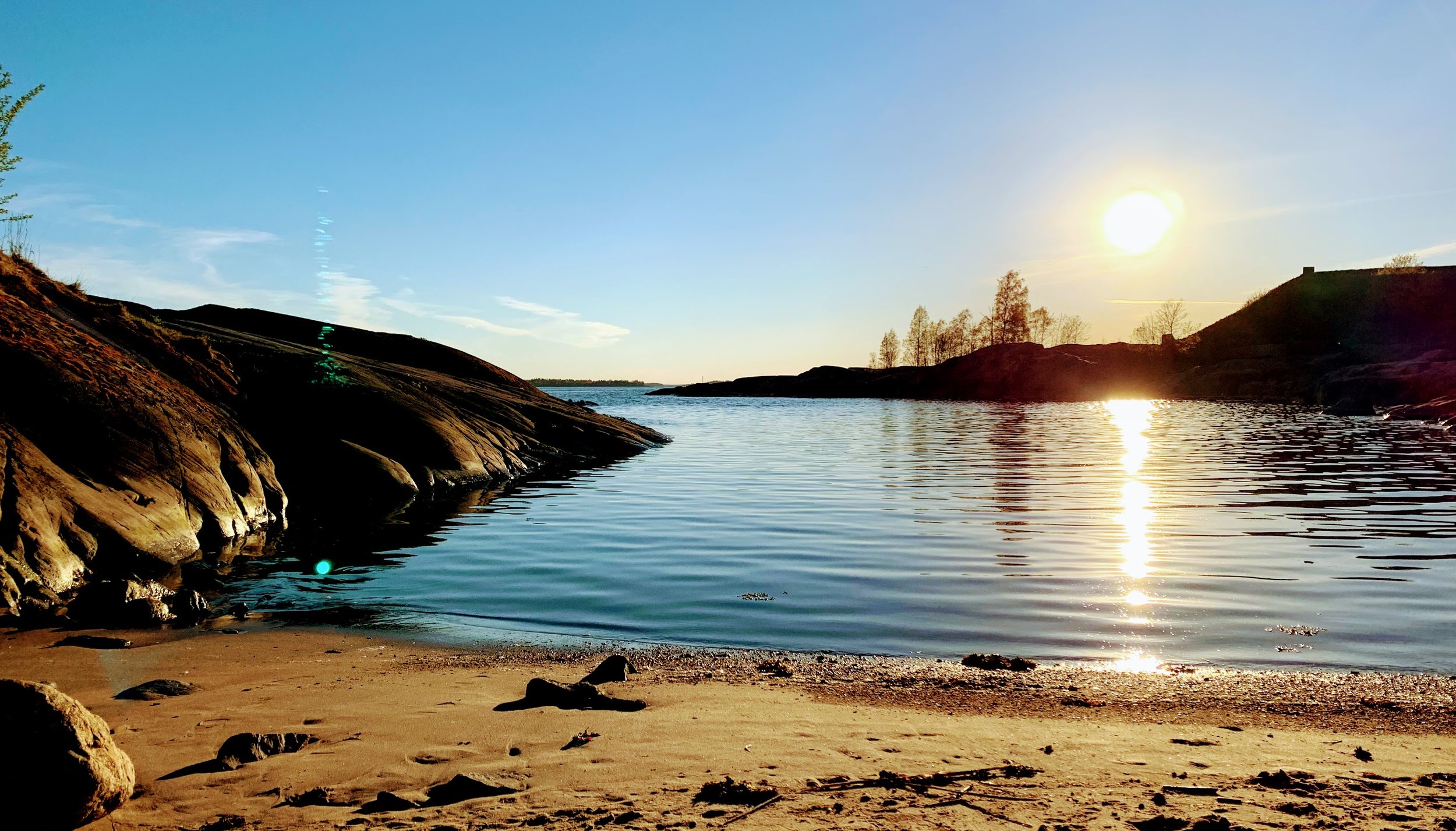 We walked back to the JT-line ferry point via the King’s gate (Kuninkaanportti) which is where King Adolf Frederisk of Sweden anchored his ship when inspecting the fortress in 1754. It’s a grand and brutally strong looking entrance, behind which there is a lovely pizza restaurant in summer! We timed the ferry very well and got back to the city centre for a few quick drinks before work the following day. A fantastic evening trip out and a very special and beautiful part of the world. 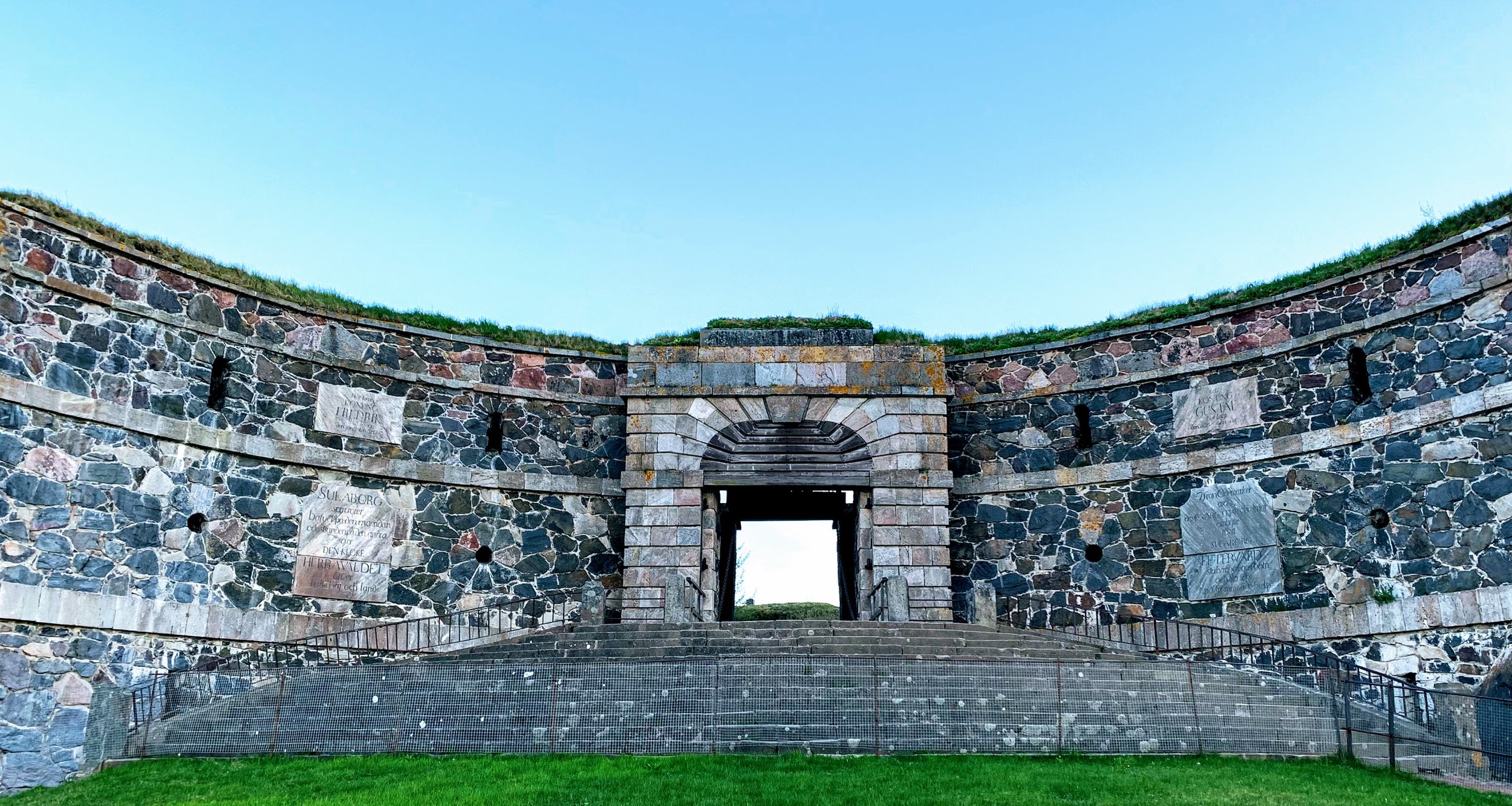