It’s been a good (almost) 2 years, I’ve met some fantastic people, some not-so-fantastic people and learnt lots along the way; but unlike a bad smell I’m not one to hang around. As of the 20th May I’ll be moving on to newer things and I’m the most excited about a new job I have ever been. 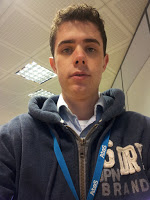 That said, Atos has been a very important learning curve and given me some fantastic opportunities. I’ve worked for some of the biggest organisations in the UK, set-up networks for Government ministers, flown up to Scotland to resolve problems and played with some very cool gear. Oh, and we can’t forget feeding my strange desire to take the train at any opportunity!

To all those I’ve met along the way: I can’t thank you all enough, but as ever, you guys rock.