Early start on our second day after arriving on the sleeper. We were up and ready for the journey ahead, day two should leave us in Cologne, Germany in time for tea which means we have some serious mileage to get through and the two tightest connections of the trip. From Paddington we took the Hammersmith and City line to St Pancras for connection with the Eurostar, oddly the tube was really quite busy, but we arrived without issue. We realised at this point that we should have stayed on the sleeper train for longer than we did, we were are St Pancras about 90 minutes early with nothing to do but twiddle our thumbs. 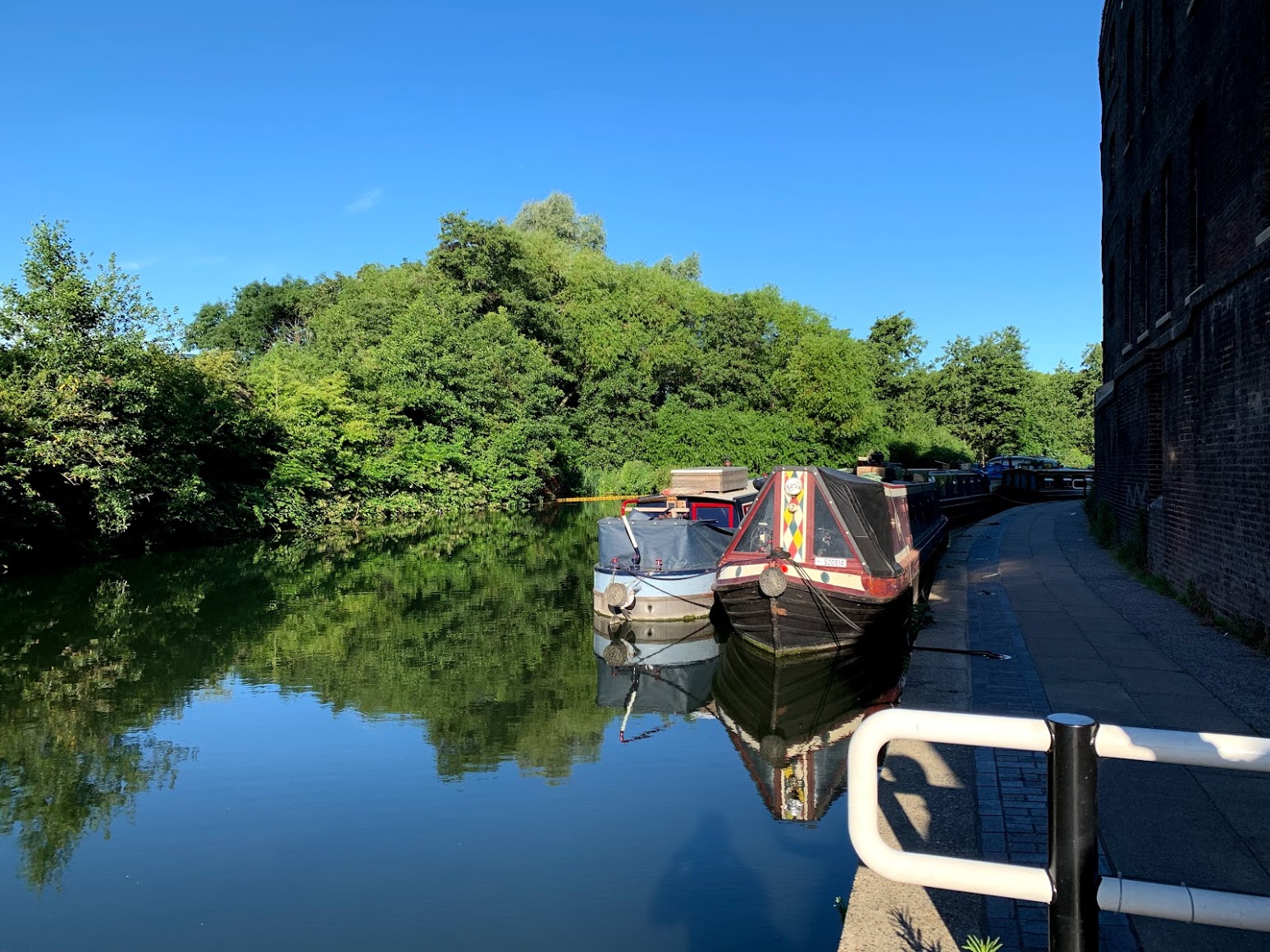 So we grabbed a coffee and went for a walk! You can’t do much better than a 49p Pret filter coffee, I’m convinced this is the best value coffee anywhere in London and it’s actually very good filter coffee too. The problem is that it’s always a million degrees and literally impossible to drink, especially from a thermal cup - somebody needs to invent a dispensing machine that allows you to select a certain temperature. Perhaps I need to patent the concept and become very rich. 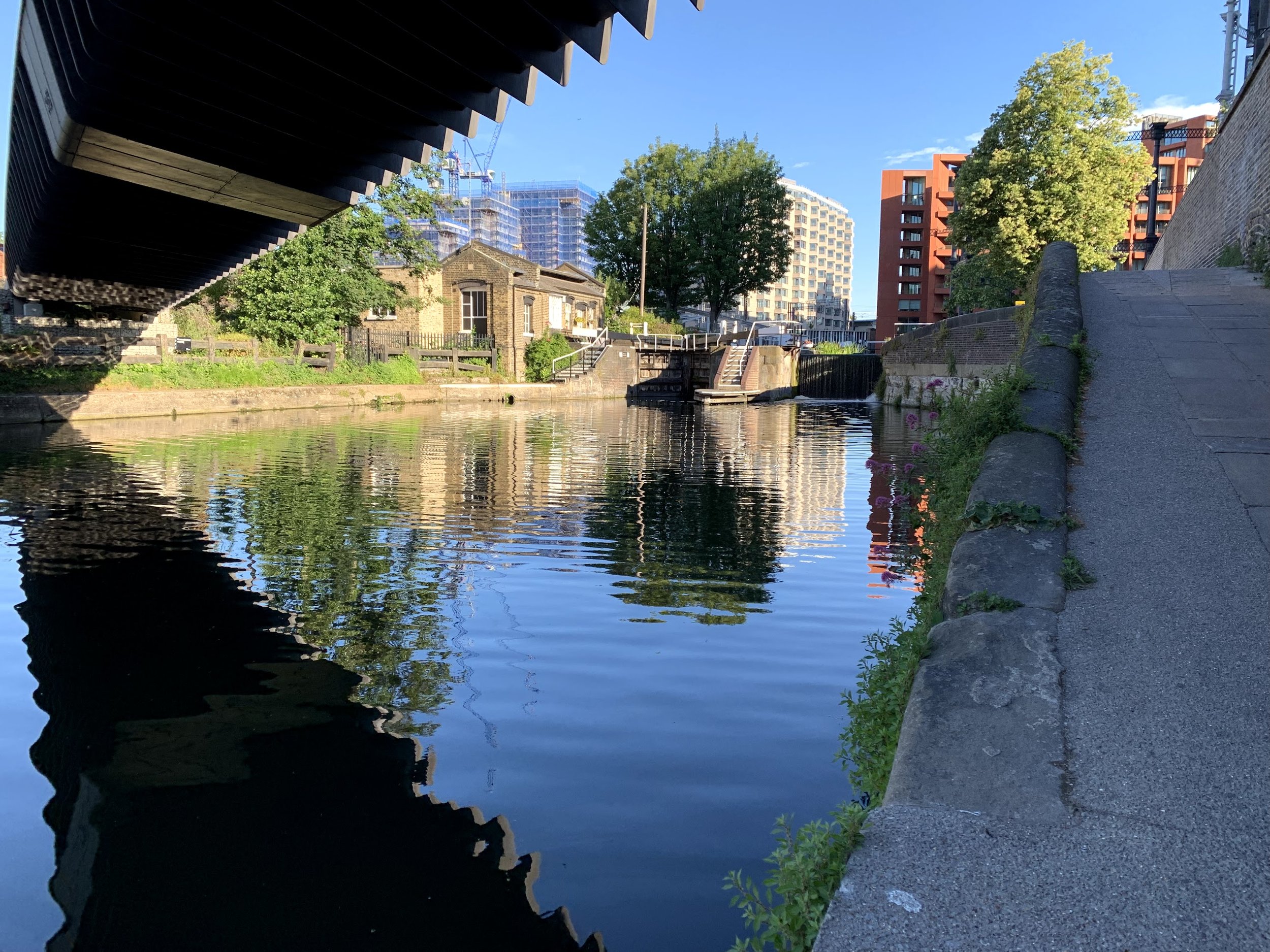 Coffee in-hand we walked around to Regents Canal, somewhere that I look at almost every day but have never actually visited. It was fantastic, lots of fresh flowers, a nice hot sun and a great mix of old and new architecture which makes for a very pleasant area. Owen even said that he wouldn’t mind living here despite not wanting to live in London! I do wonder if it was only pleasant because it was 7am on a Saturday morning, I’m sure it gets busy later and turns into something quite different. Walking back to the station we passed the new Google HQ being constructed and noticed that the floor numbers on the concrete core are the Android Drone, which is pretty fun. We also walked past the YouTube offices and YouTube Space which seems to have been the venue of quite a lively party yesterday! 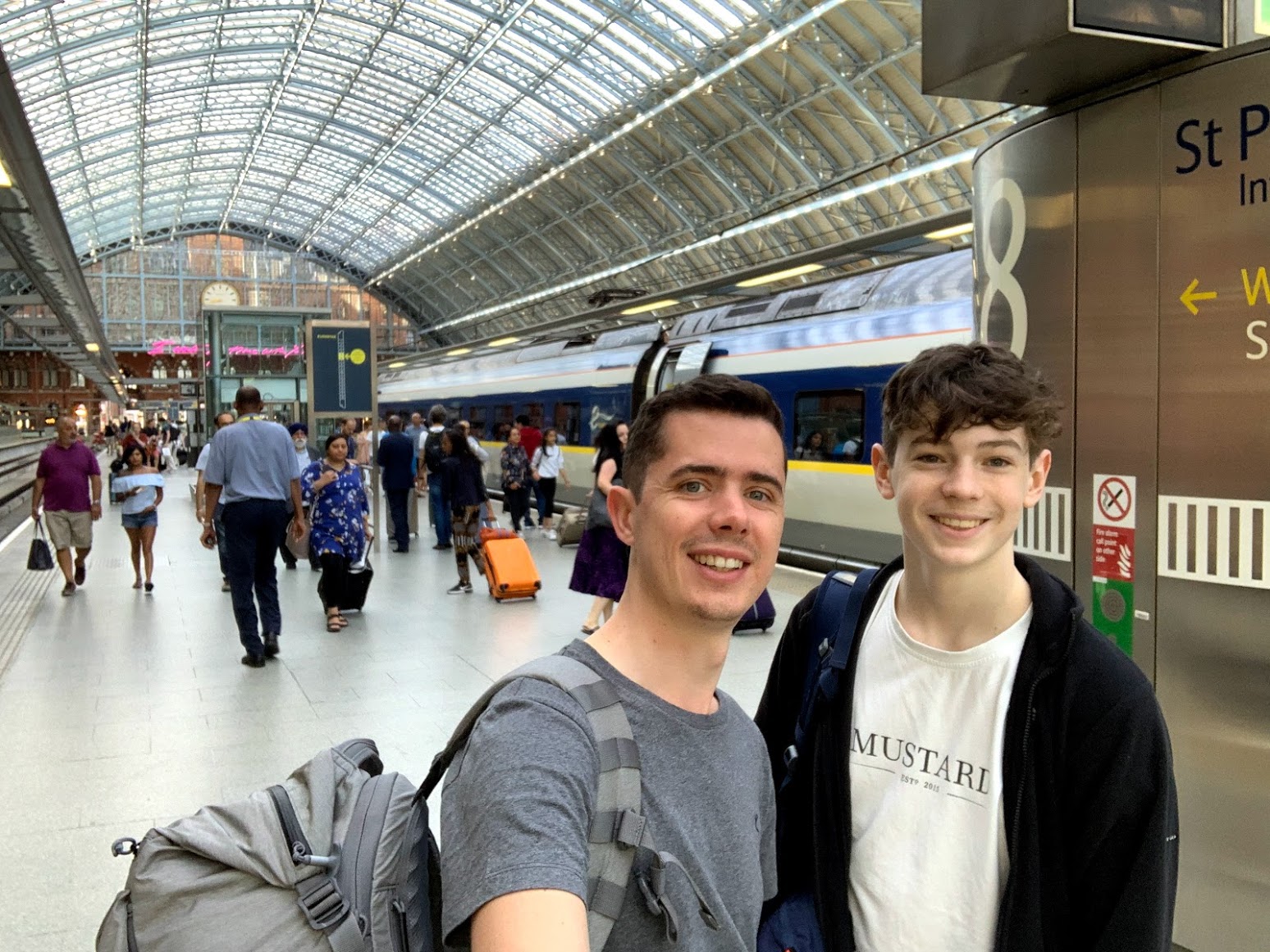 Checking into the Eurostar was reasonably painless, we had no troubles apart from Owen walking through the metal detector with all of his pockets full - doh! We managed to throw them in the bag before succeeding on the second attempt. Once through we found a seat in the busy departures hall before realising that Owen’s brand new Nalgene bottle was now gone - “Well, that didn’t last long”. Luckily everything important was still in possession. 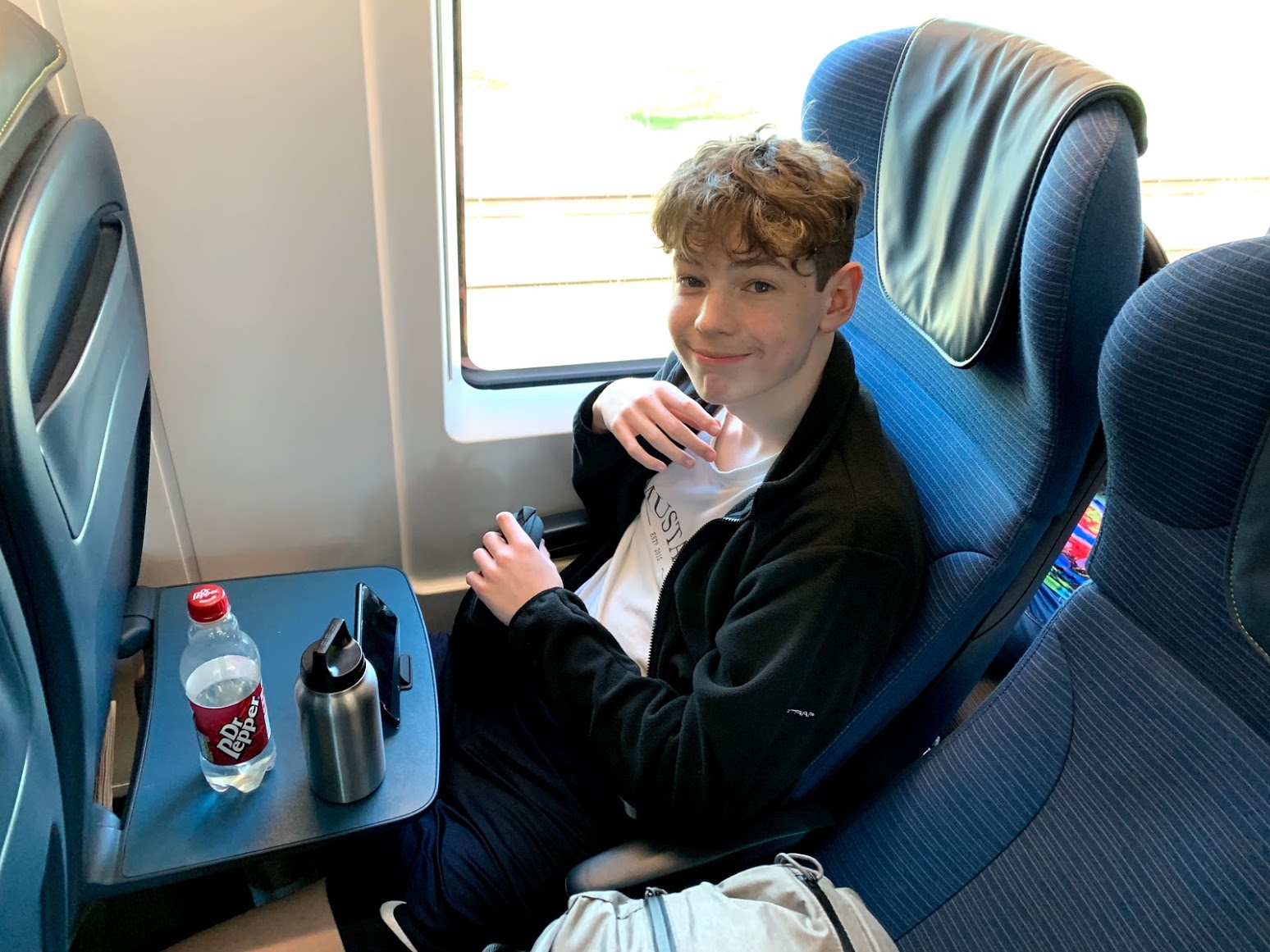 On board the Eurostar we had a bit of a rest, the journey is one of the shortest of the trip and we didn’t really have time to get too comfortable. The train arrived into Brussels perfectly on time, we lost an hour because of the time which meant that it was now beer o’clock. We walked out of the station and found the most awful looking bar near the station, but it had some nice seats outside. Owen had his first legal European beer, unfortunately it was a Carlsberg.

Heading back to the station we arrived in plenty of time for Leg 3, the ride to Cologne.