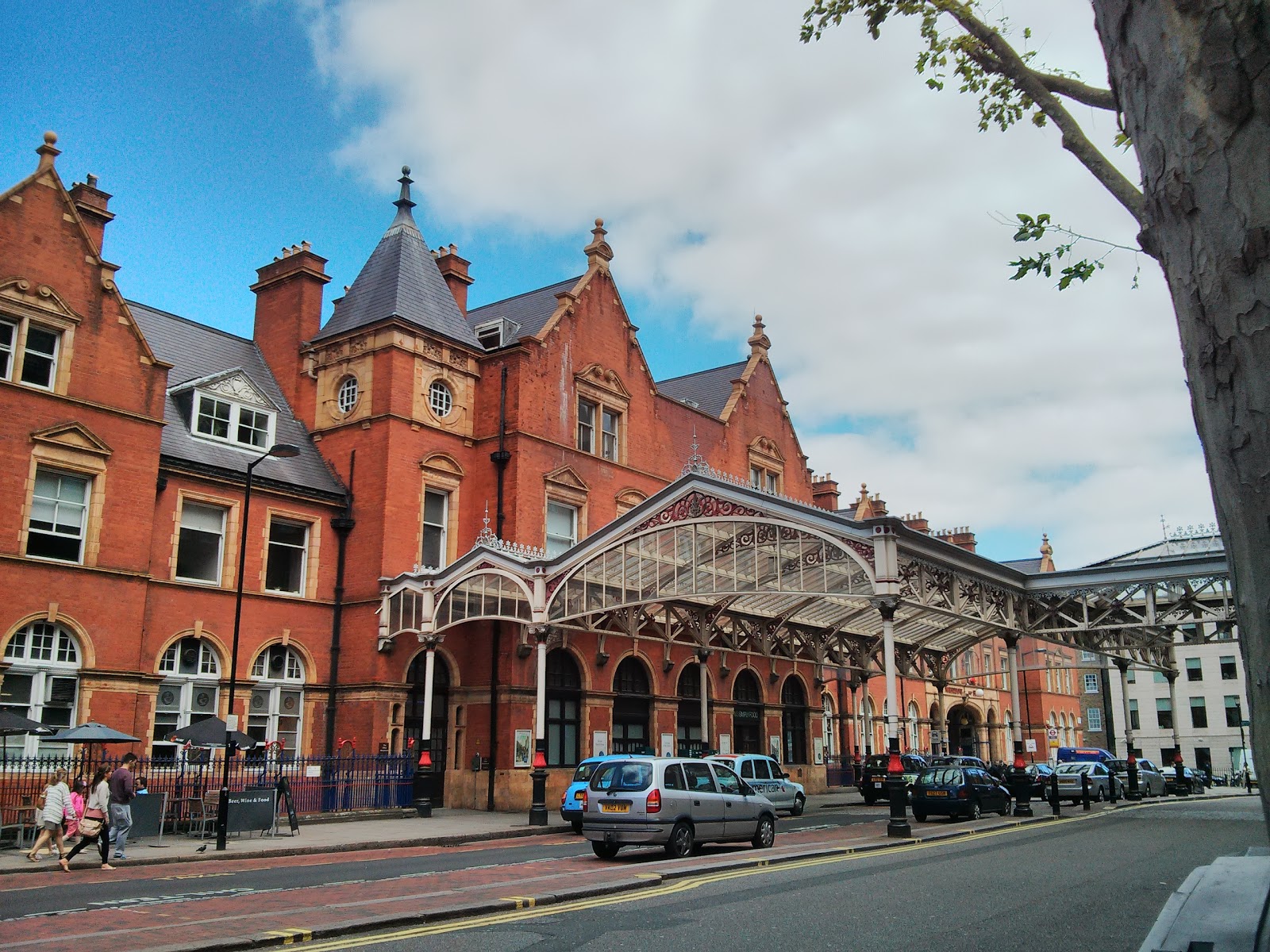 This weekend I thought it would be good to travel a little off piste. Marylebone station is now just around the corner from work and I was keen to explore and see what it was all about. Marylebone is indeed a very interesting and unique station, the youngest of any London termini and the only station with no track electrification. The station has a certain charm that no longer exists in London, it’s a quaint, friendly station with a pleasing decor. Remnants of Network SouthEast branding were a pleasant sight, something that is seldom seen any more. I arrived early to have a wander round and take the very short tube journey from Baker Street, I perhaps got there a little too early… Thinking I was clever I checked out what platform my train was scheduled to depart from (using www.opentraintimes.org) and boarded it immediately after the incoming passengers had left. Drank my coffee, had some lunch and welcomed the peace aboard my personal coach. After a short while people were running down the platform, ha! silly people I thought to myself. Then it struck me. People were running because this coach wasn’t part of my train. In fact, this train of which I was now the sole occupier of was not my train. Lunch abandoned I headed for the door and hit the exit button, realisation soon struck me; the doors had been locked to stop people boarding. Whoops. I quietly contemplated my stupid mistake while people attempted to open the doors from the other side in an attempt to board (which is exactly why they lock the doors) of course none of these people considered notifying a member of staff about the imprisoned man on the train (I’m pretty sure I would, if in their shoes). The green emergency door release lever had never been so appealing, if it weren’t for the possibility of it sounding an alarm I probably would have operated it under a partially legitimate circumstance! About five minutes after the train I should had boarded had left a dispatcher finally noticed my frantic banging and rounded up some staff to secure my release. The only upside to this embarrassing incident is that I left through the train’s cab. I discovered train cabs are quite small, smaller than I had imagined, but equally as awesome as I had anticipated one being. I can now quite proudly brag that I’ve been inside the cab of a a Class 168! (I may have to improvise an alternate story when saying so…) The next problem arose in that my advance tickets to Leamington Spa were quite useless a kind ticket inspector scribbled some presumably important numbers on them and said they should be fine now. Result! 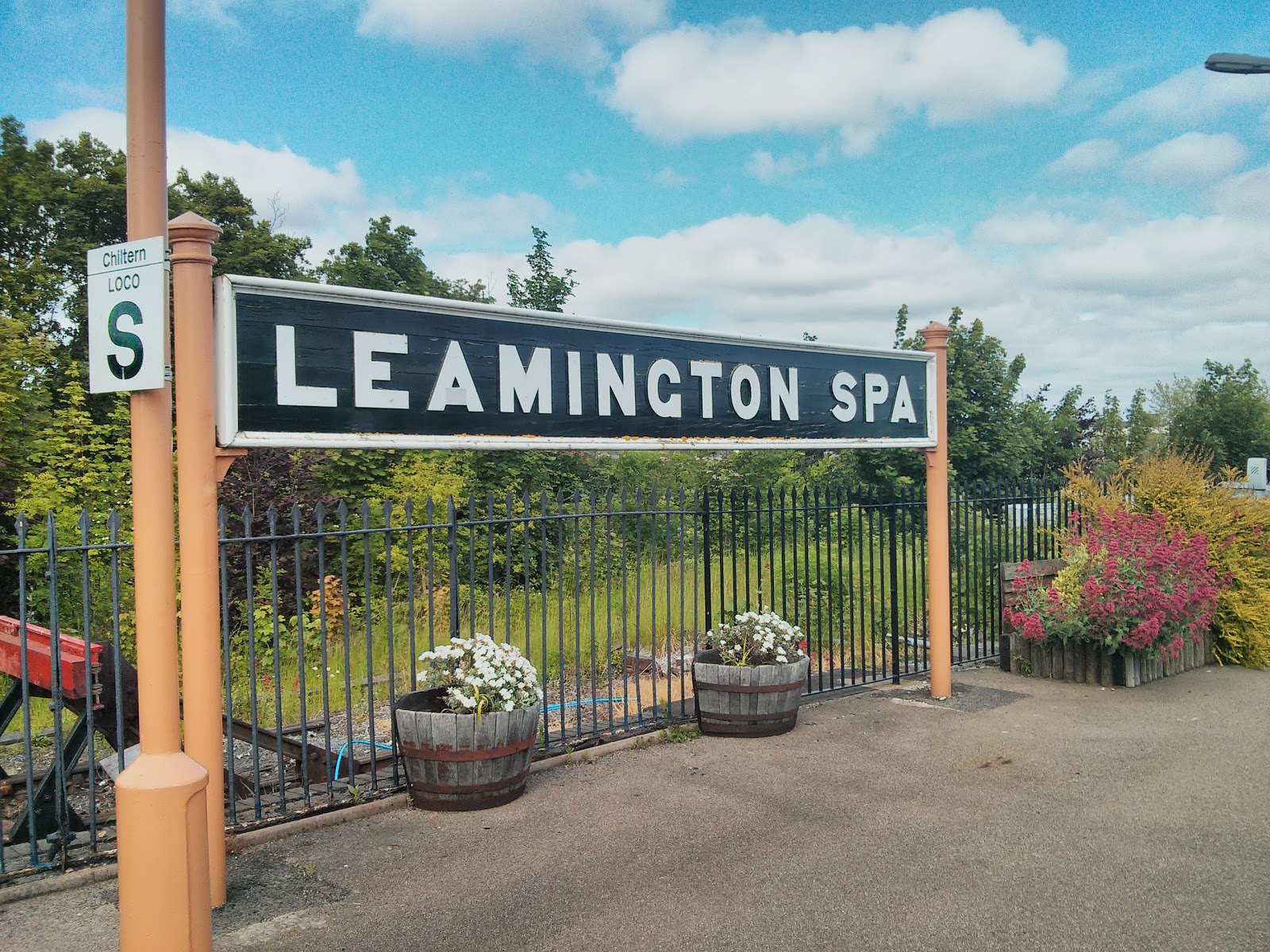 Back to the planned feature: The journey up to Leamington Spa was quite relaxing, the train was busy but against all previous ‘quiet zone’ experience people actually respected it’s cause, which was nice. At one point I think the loudest thing on the entire carriage was the tapping of my fingers against my think pad’s keyboard. Leamington Spa was an interesting place, I was only there for an hour or so but successfully managed to locate the local Wetherspoons unaided by technology. I enjoyed a pint of Meerkat Mild which was darker than I like my ale, but it had a good head and a well rounded taste, wasn’t particularly hoppy which was a shame. 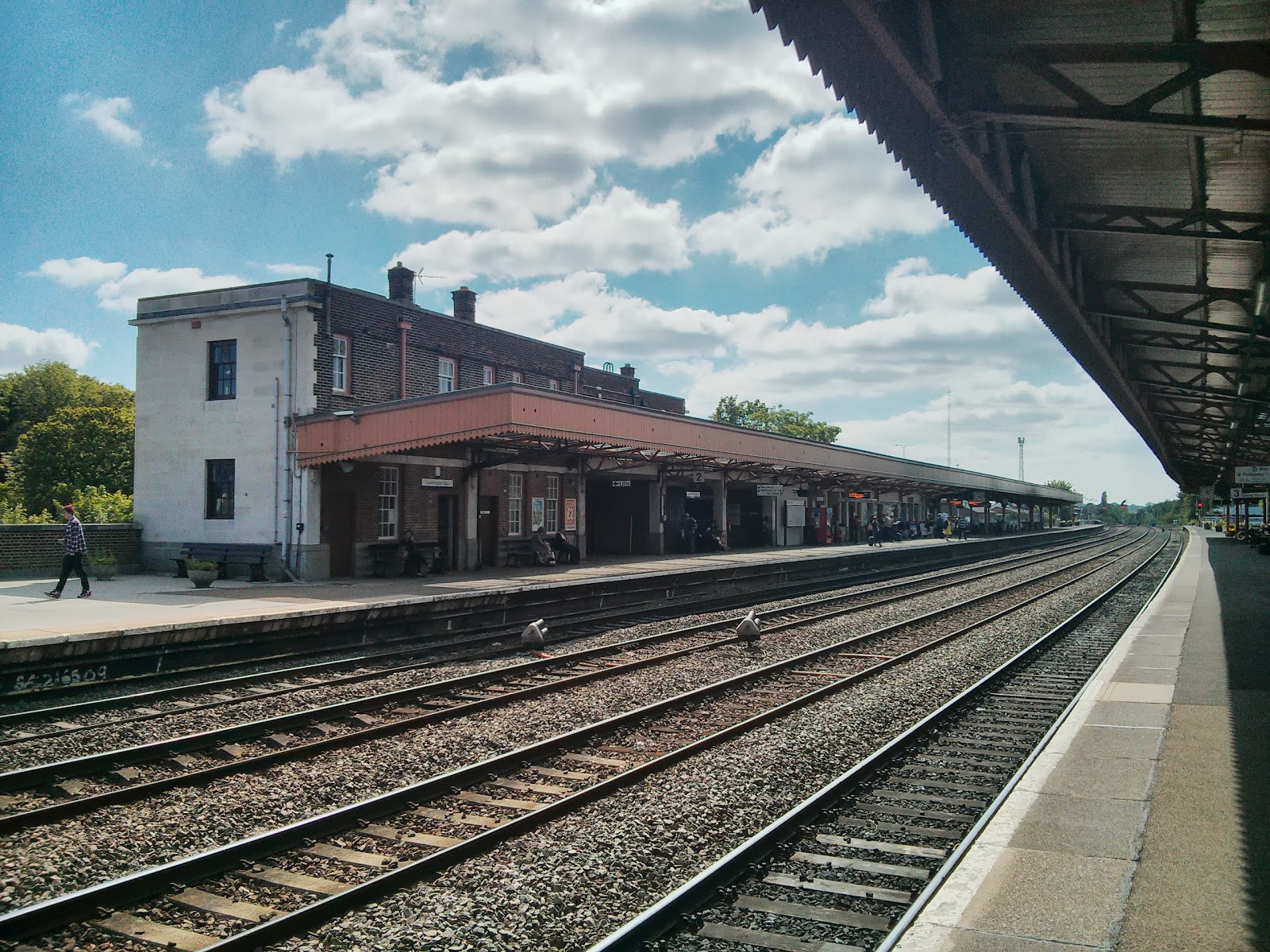 The station at Leamington was well maintained, to the extent I’m convinced it must be under the maintenance of a preservation society of some kind, the paintwork on the signage and benches was flawless, with some fantastic detail. This amongst the pristine flower beds made it a very impressive stop.

The journey back was even better, the WiFi on the Chiltern service was fantastic as were the power outlets, I managed to log on to some problematic equipment in Poland and talk to the guy there while steaming though countryside. I was very impressed!

Interested in which service and trains I used? Take a look here: http://railmiles.14zz4.net/ Make sure you filter for the 8th May 2013.