We were ready for a good sleep after the adventures of Munich and a day travelling across most of Germany. I have to admit, a sleeper train at this point wasn’t terribly appealing, the knowledge that we were going to end up in Croatia and that we did have a bed was fine enough to make me want to jump aboard. We waited on the platform for our train which arrived on to the platform about an hour early. The train was very long and it seemed that the carriages were all heading to different destinations, this was pretty confusing as the train information boards just said Budapest and Rijeka and not Zagreb. 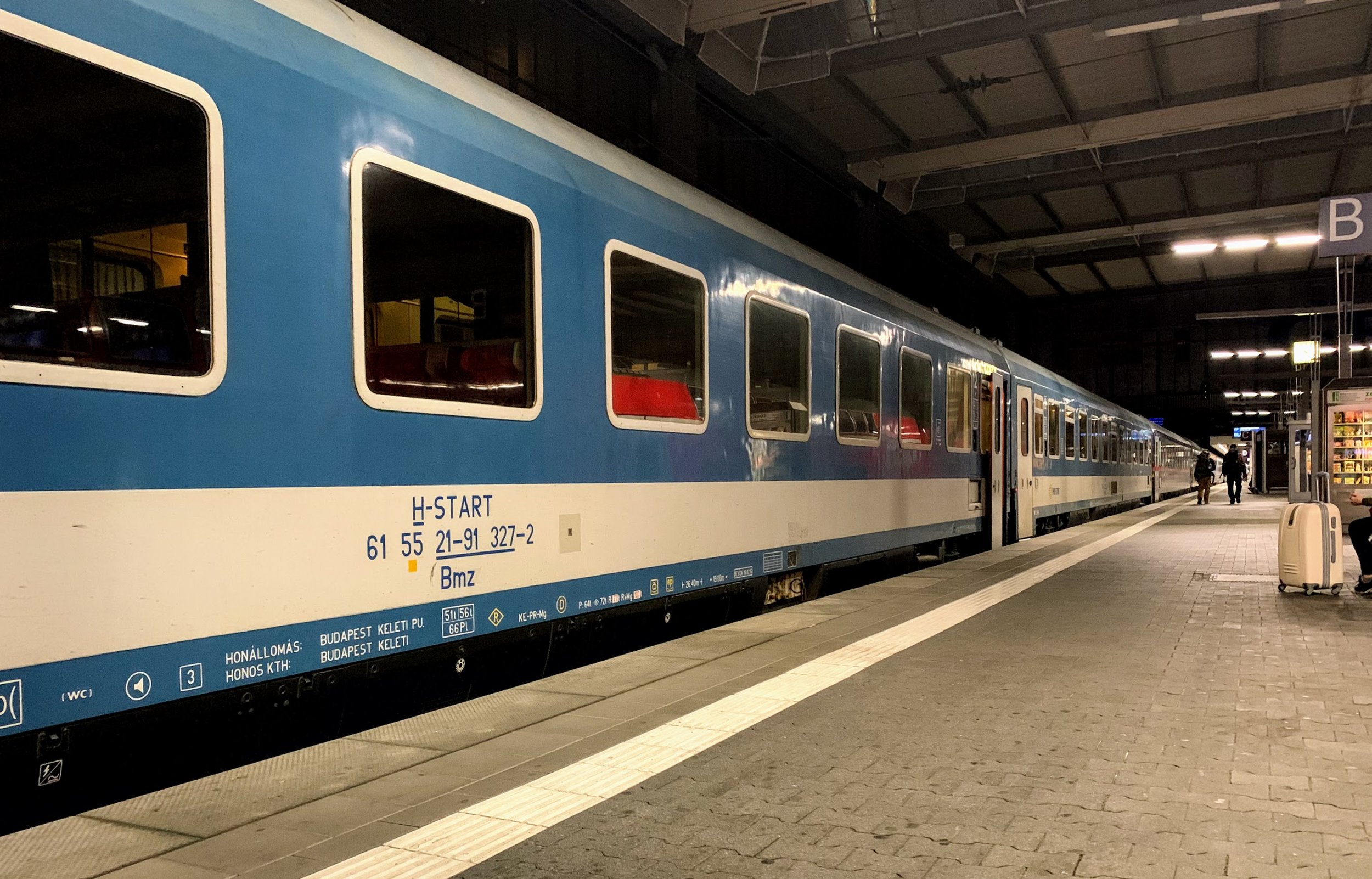 Climbing aboard we were shown to an available cabin, the whole thing was a little different to the pleasantries of Jean in Penzance. The guard explained to us that we should go to bed, lock the door and that at about 7am we would be woken for the police checkpoint when crossing from Slovenia into Croatia. The passport check was necessary since Croatia is still in the process of joining the Schengen Area. The train was filling up fast with an interesting mix of people, mostly toting backpacks but some asian tourists too, with suitcases. Bedding down the train left relatively on time and I fell asleep without any problem. There was a lot of shunting in the night, I assume where the carriages needed to be moved to different locomotives, it wasn’t the best nights’ sleep but honestly it wasn’t bad either. The bunks were reasonably comfortable and the cabin was bigger than that of the Penzance train. 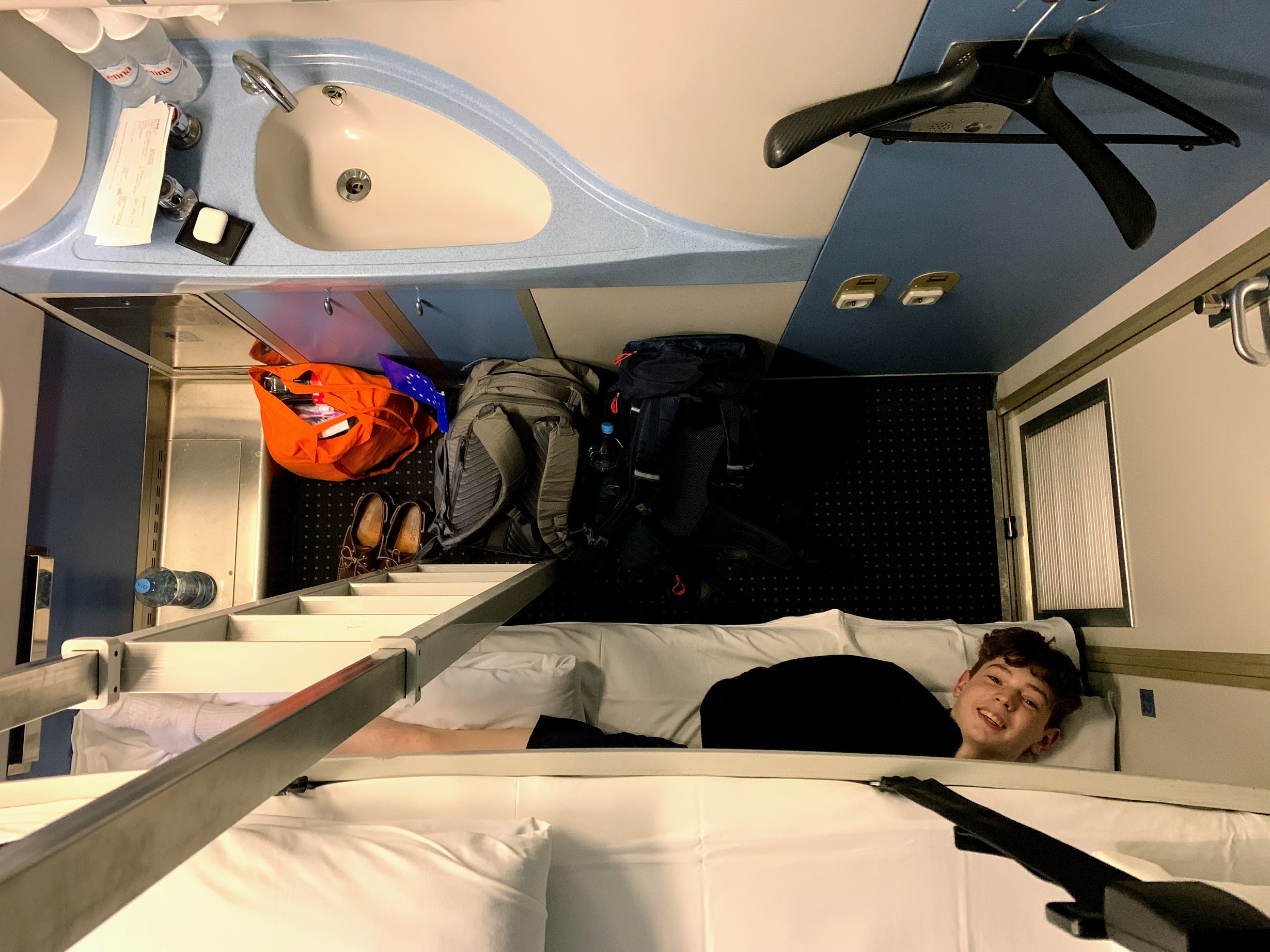 I woke about 6:30 and eager to know where we were in the world got up to scout things out. It seemed that everyone was still asleep and the only person I found awake was an elderly lady right at the front next to the toilets, she seemed to have kept her cabin door open throughout the journey and for some strange reason had a cardboard box on a trolly which was full of salad. I was surprised to see that our carriage was now directly behind the locomotive, which wasn’t the case earlier in the night, we were also travelling in a different direction too. The train was Swiss which was different to the one which brought the train into Munich. Eventually the guard saw me and explained that we are 75 minutes delayed and told that I should go back to bed. I said I’m up and in need of coffee which after an hour or so he brought to me. It was awful coffee but it was free, so I can’t really complain. 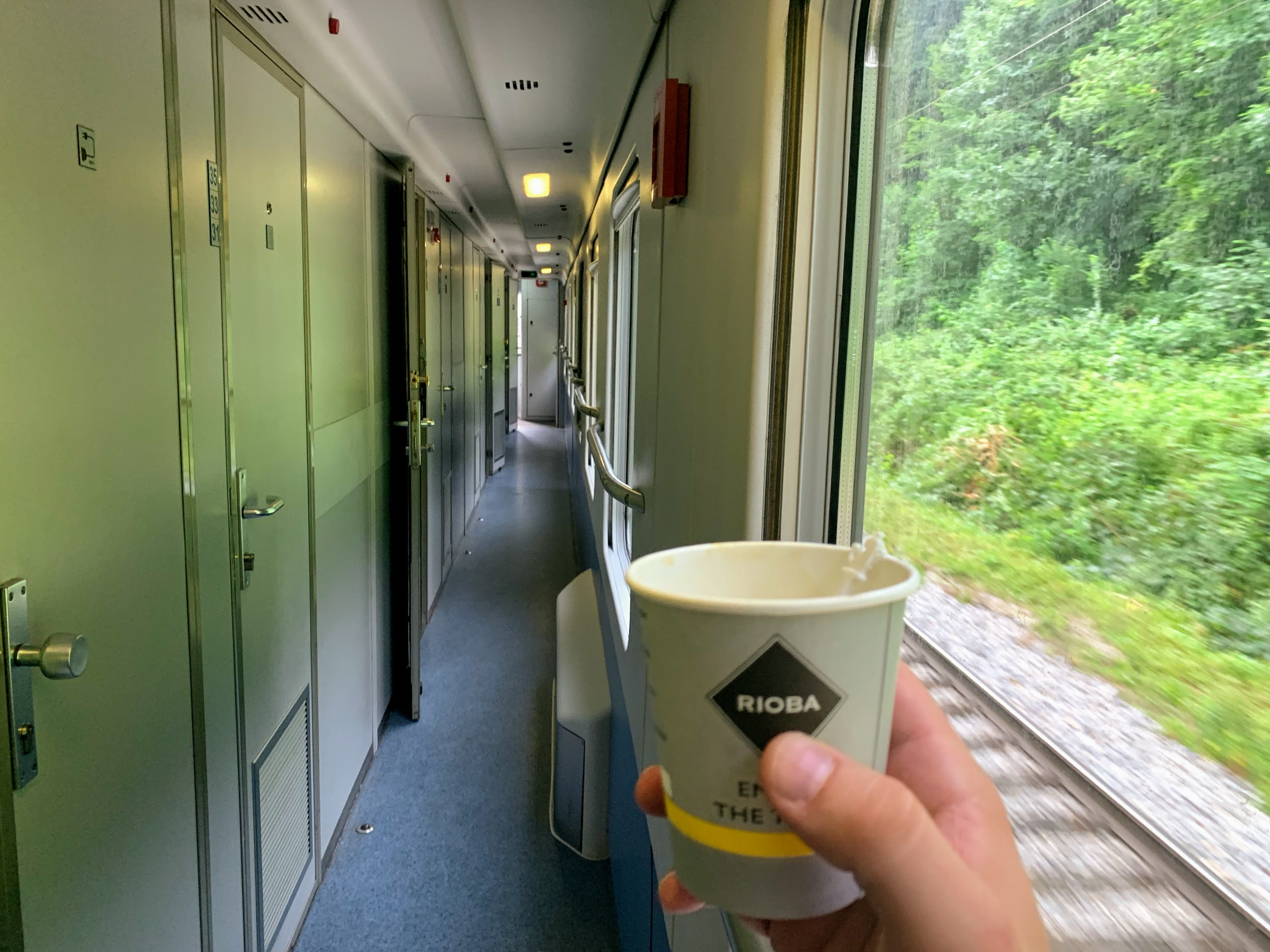 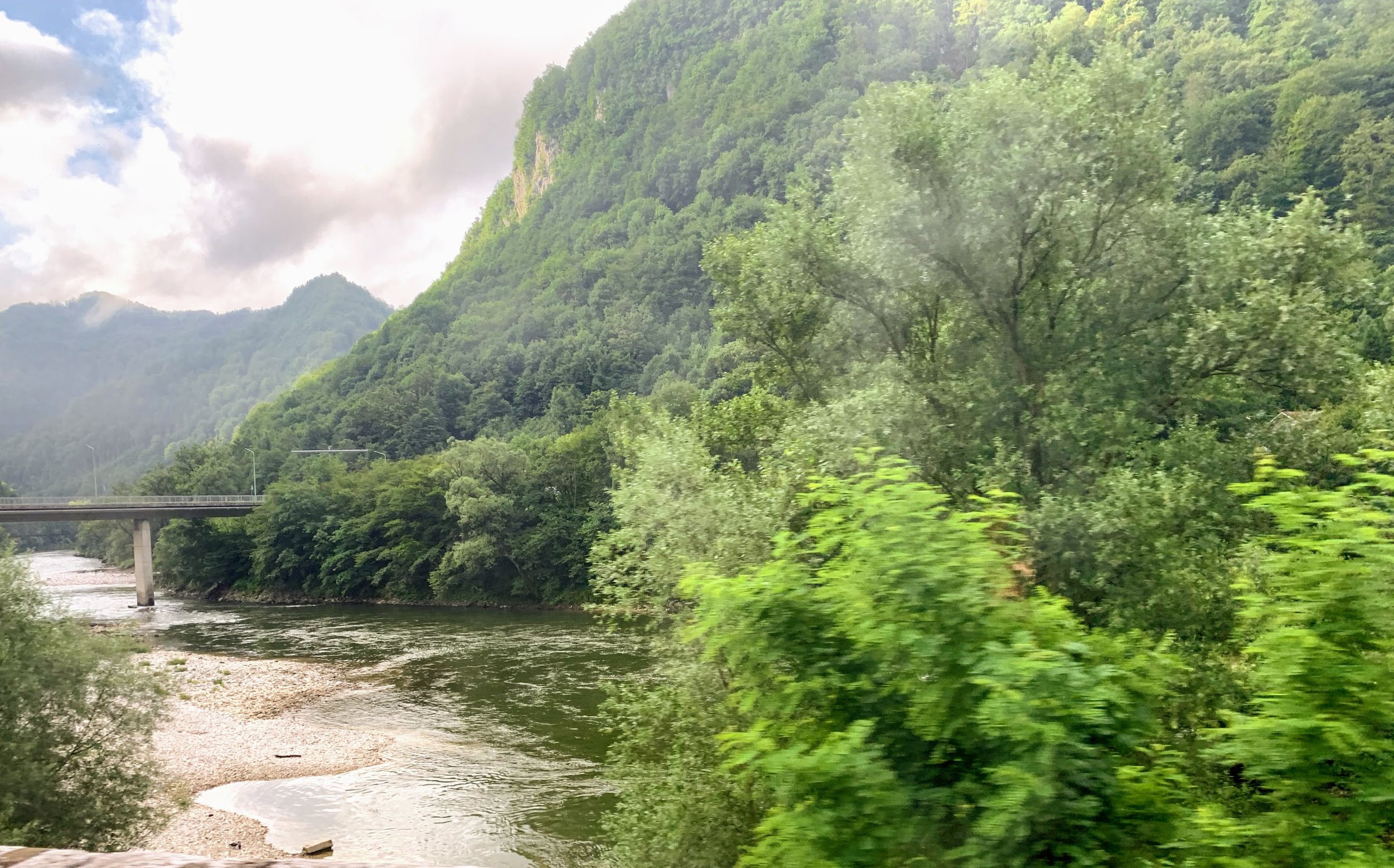 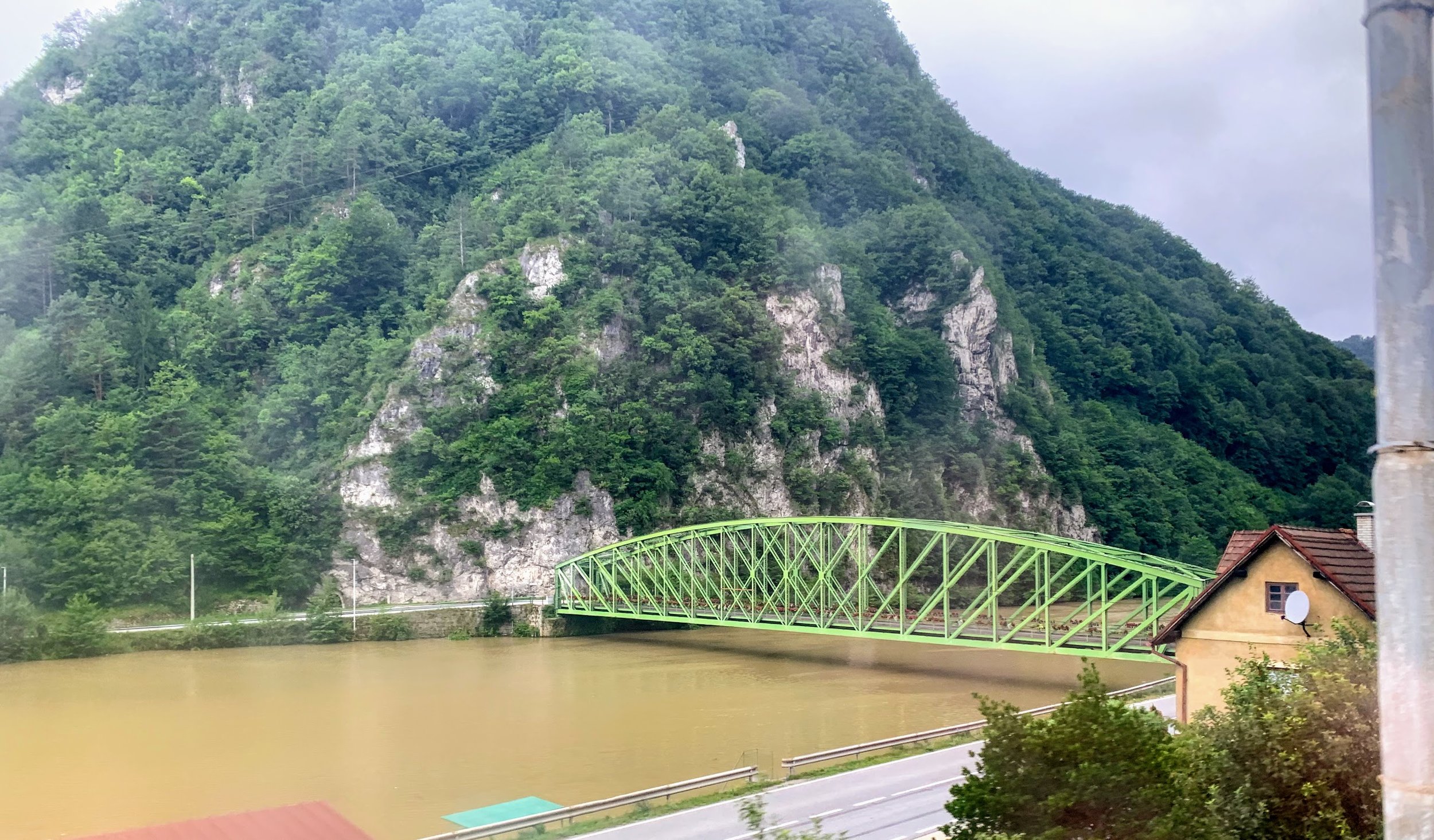 The views from the train were fantastic, we were passing through Slovenia along the River Sava, following it’s banks for almost the whole journey. Unfortunately the carriage windows were very dirty so all of the pictures I took are pretty poor, the train was also going at a reasonable pace and my iPhone doesn’t manage that too well! I was joined in my hallway spot with our cabin neighbour, Tony who was also travelling from London to Istanbul with his wife, recreating the orient express route. He was Canadian but spoke fluent Slovenian which for him was pretty handy. We had a chat for a good few hours as our breakfast arrived and we passed through the border. 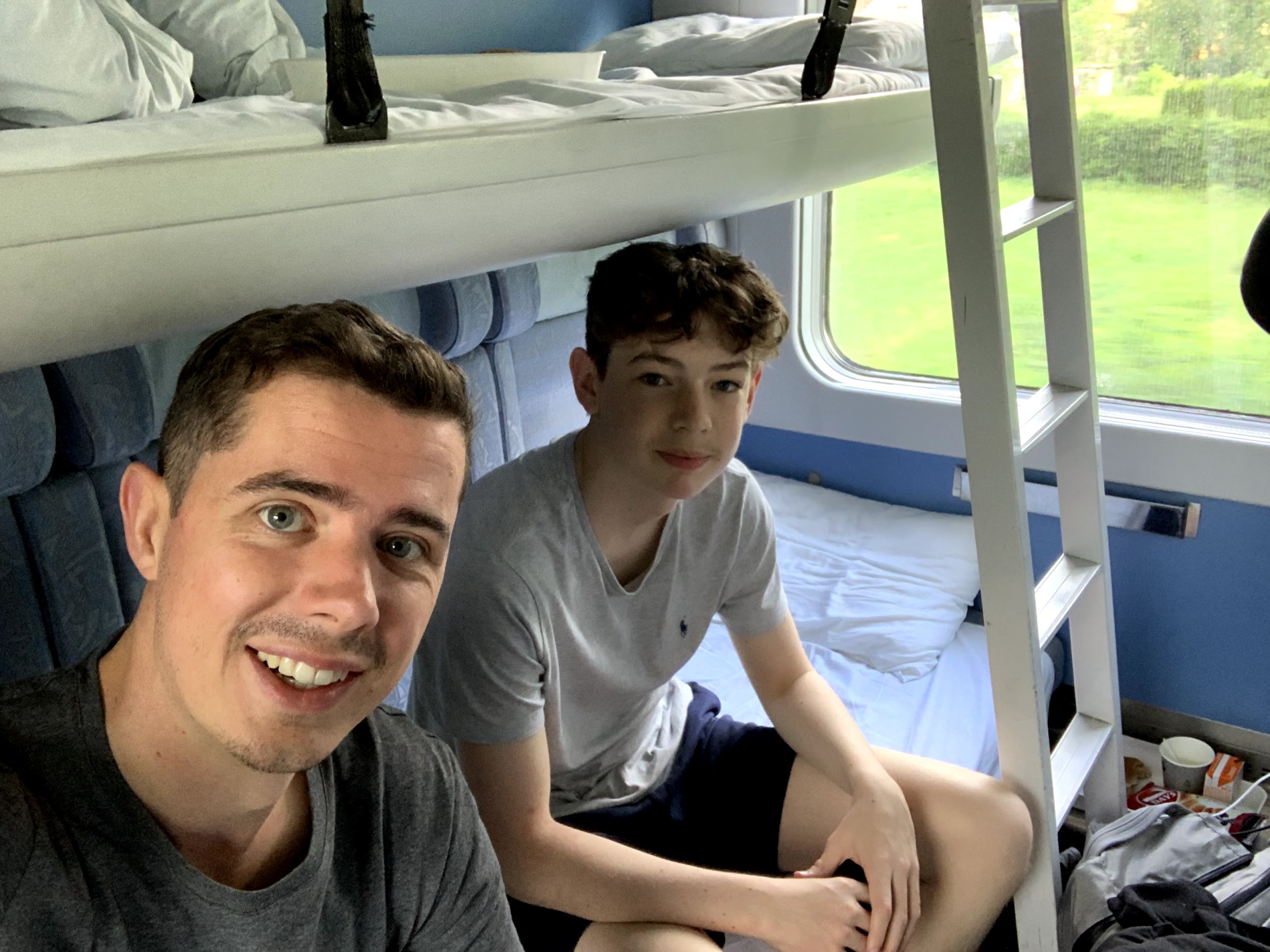 At the border the train was stormed by police, a Slovenian and Croatian police men checked each passport and in Tony’s case stamped it as leaving the Schengen zone. We were soon on our way again and as the topography flattened out had arrived into sunny Zagreb. We were late but had an hour before the next train which Tony and his wife were also joining. We packed out bags up had a quick wash and said goodbye to our train guard. Four countries in one night, one of which we didn’t even see! Not bad. 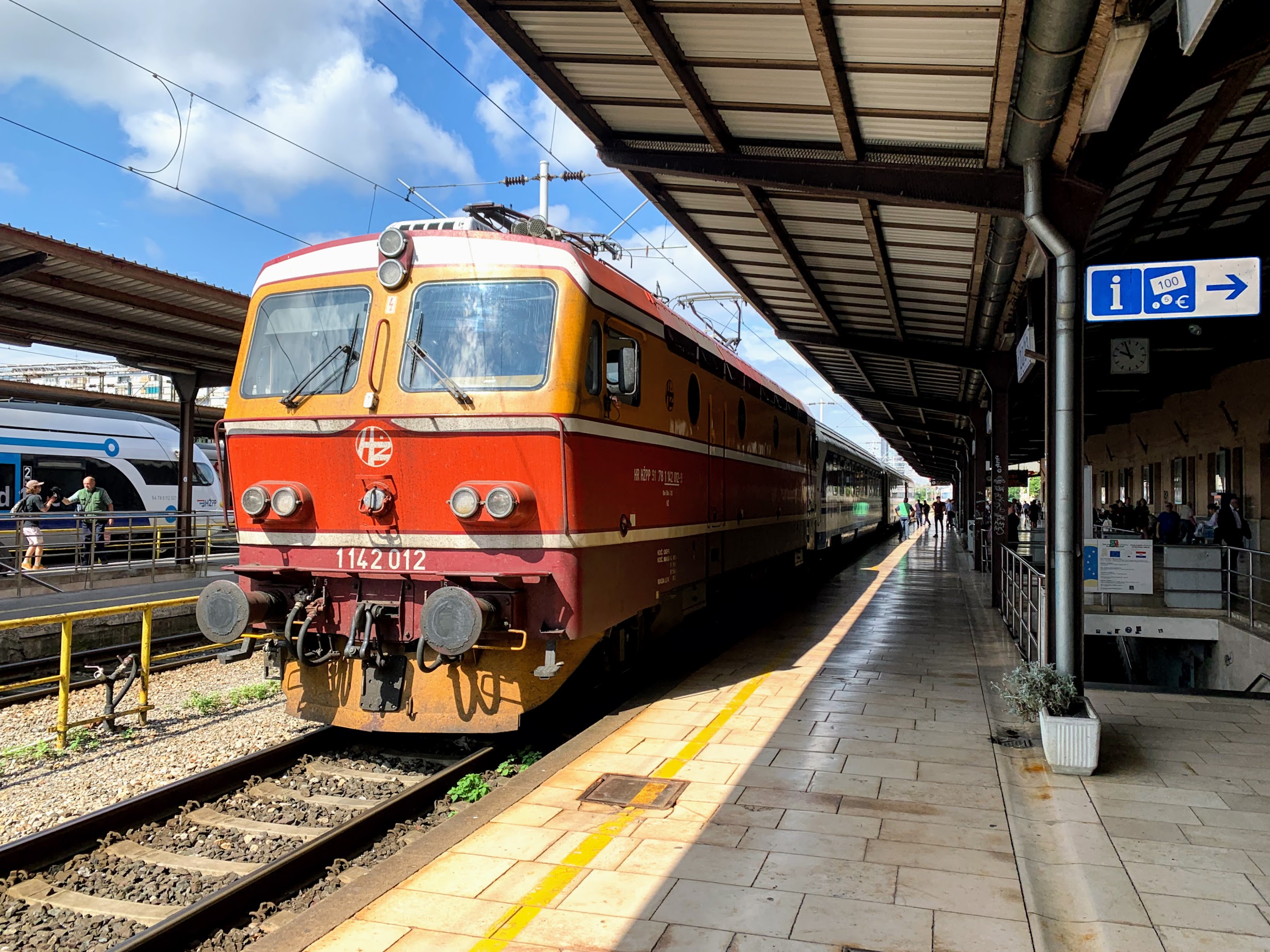