With an hour before our train we didn’t have much time to spend in Zagreb and we were very keen to make sure we don’t miss the train. We left the station and headed towards to city in search of supplies for the trip ahead. We failed, but probably went the wrong way or something. The parts of the city we did see were good, a very different Croatia to that in Dubrovnik. Giving up on our quest for food we walked back to the station and managed to find a small convenience store, there were a few other backpackers here too which was a good sign. With limited options we stocked up on beer, bread, cheese and salami. 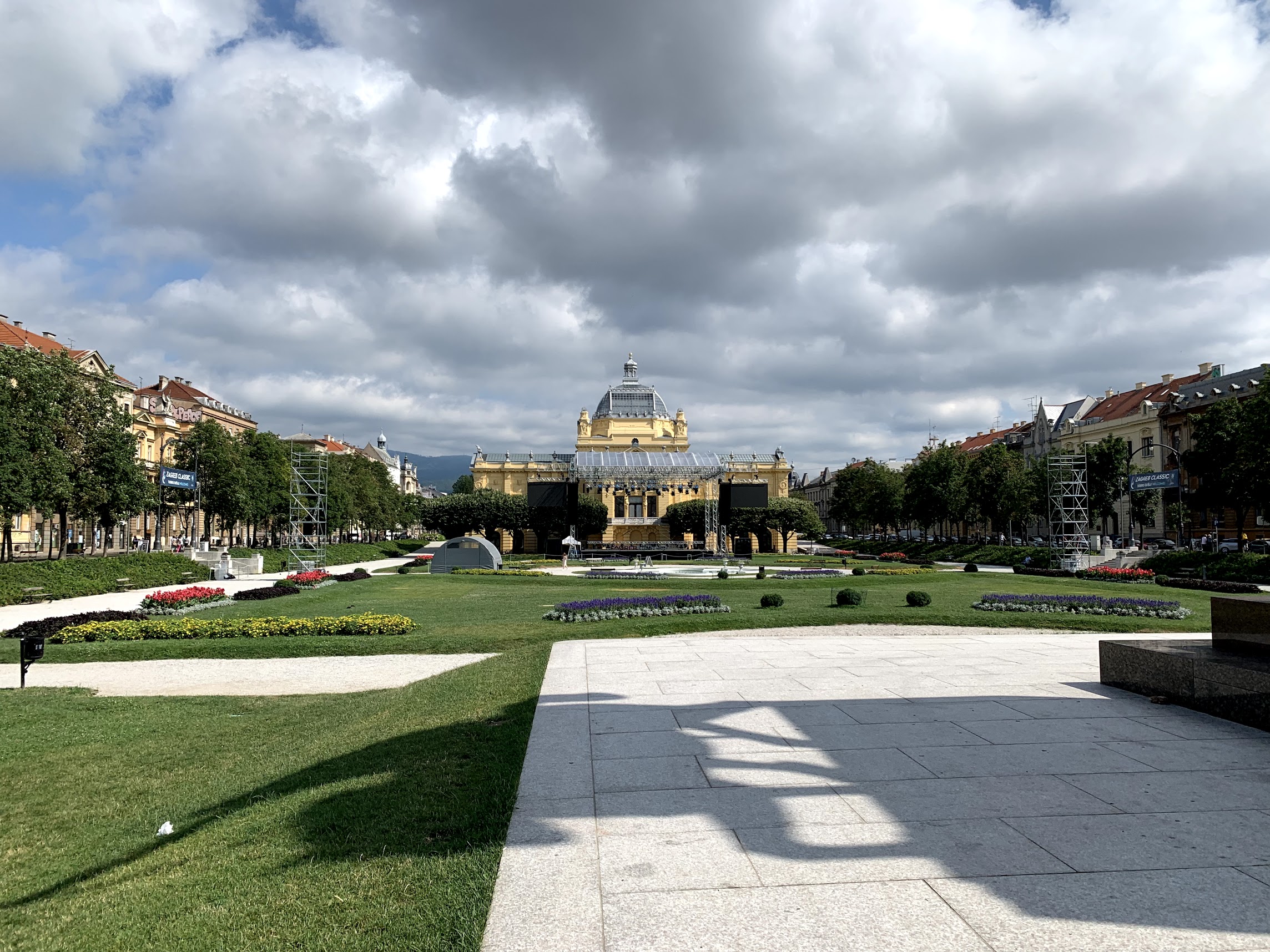 After a short wait on a buy platform a train turned up which looked like it could be ours, it was longer than I expected. We were waiting in the wrong part of the platform, all the rear carriages were on their way to somewhere in Austria and only the front two carriages were headed to Belgrade. We figured this out after seeing our two Canadian friends boarding there. Also boarding were a 30-strong female dance troop, much to Owen’s dismay. 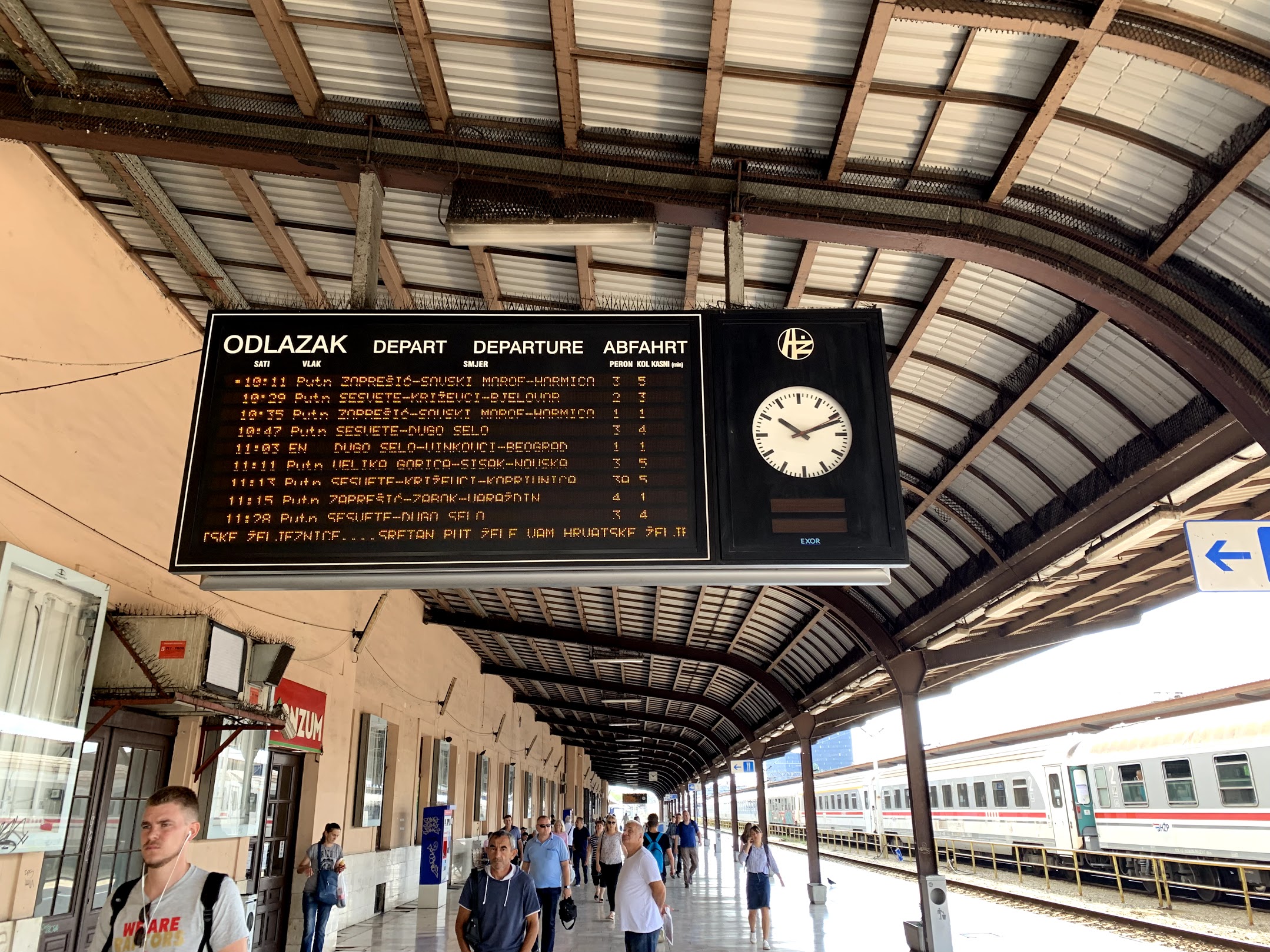 On the train we found ourselves searching for a compartment, both carriages consisted of 6-seater compartments with a sliding door - very old school. We settled into a cabin with a Slovenian guy who had bagged the best seat, facing forwards and by the window. The group of girls were frantically searching for somewhere to sit until about 10 minutes in they decided that they had reserved several of the compartments and kicked people out. Our friends who had sat in an adjacent cabin were among the victims and ended up sitting with us. 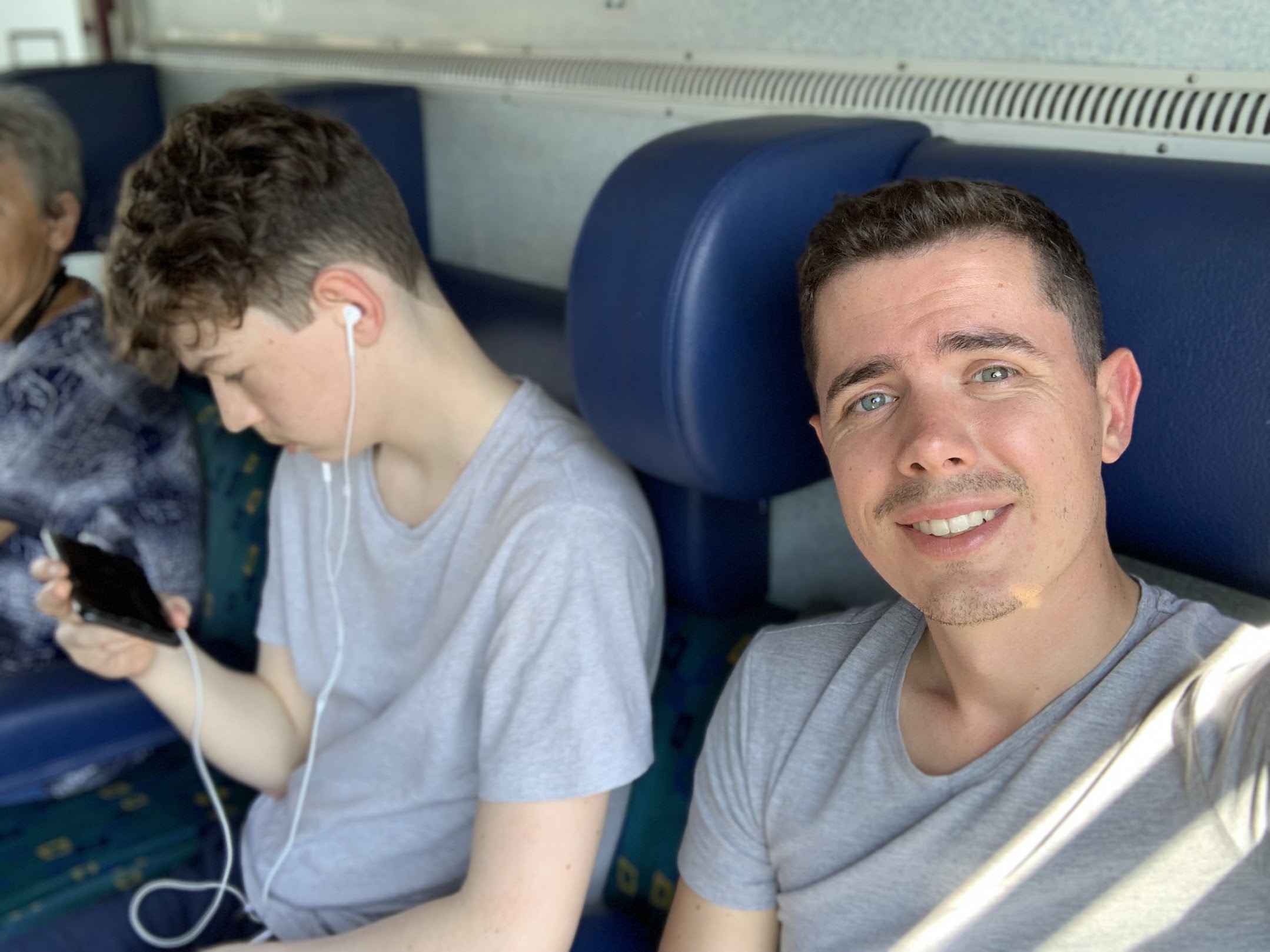 The train set off under electric power with a big red locomotive at the front and before we knew it we were out of the city and heading across Croatia. It was quickly getting pretty warm, and we opened the window to get some air in our small compartment. The bloke who was already here wasn’t too happy and insisted that we only have a small part of the window open. Owen was pretty hot and made a bit of a cake of it, sure it was warm but it wasn’t like we were in the Sahara desert or anything. As the countryside passed us by we saw sunflower fields, corn fields and rapeseed oil plants too. It was field after field after field, the land was flat and the track felt like it was built by the romans, straight as an arrow. Thankfully this meant that the engine got some speed up and there were times where it was recalling making some pace. 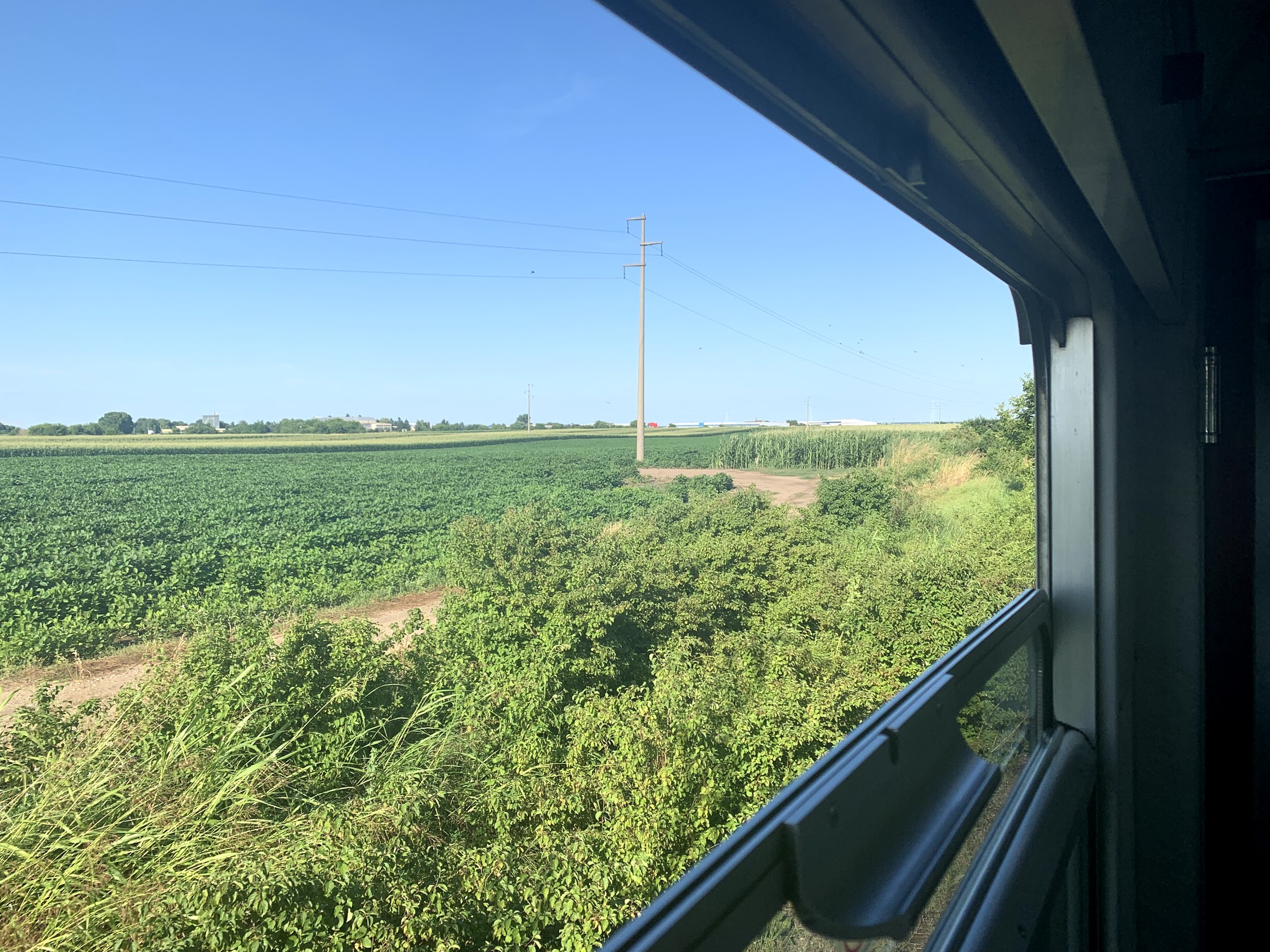 It was a long journey, we managed to enjoy it for the most part, drinking some beers, eating our sandwiches which we constructed on the train and of course smashing out some blogs too. We spent time sharing stories with Tony and Helen who we later learned had taken a similar journey in the 1980s where before they had met had even crossed paths(!). The best story they told was during a camp when a black bear had stuck his snout on their tent, which was a frightening thought!

The train itself was good, the journey was nothing to complain about and made good headway. The toilet wasn’t ideal but we had some water so were able to wash our hands. Since it was a straightforward drop onto the track there wasn’t much to go wrong, although I wouldn’t have wanted to be a girl! Seats were comfortable and the cabins covered into three beds, the girls in the adjacent cabin had a bit of a party in theirs and were having the time of their lives! The music could be heard when the door was open but otherwise wasn’t a problem. 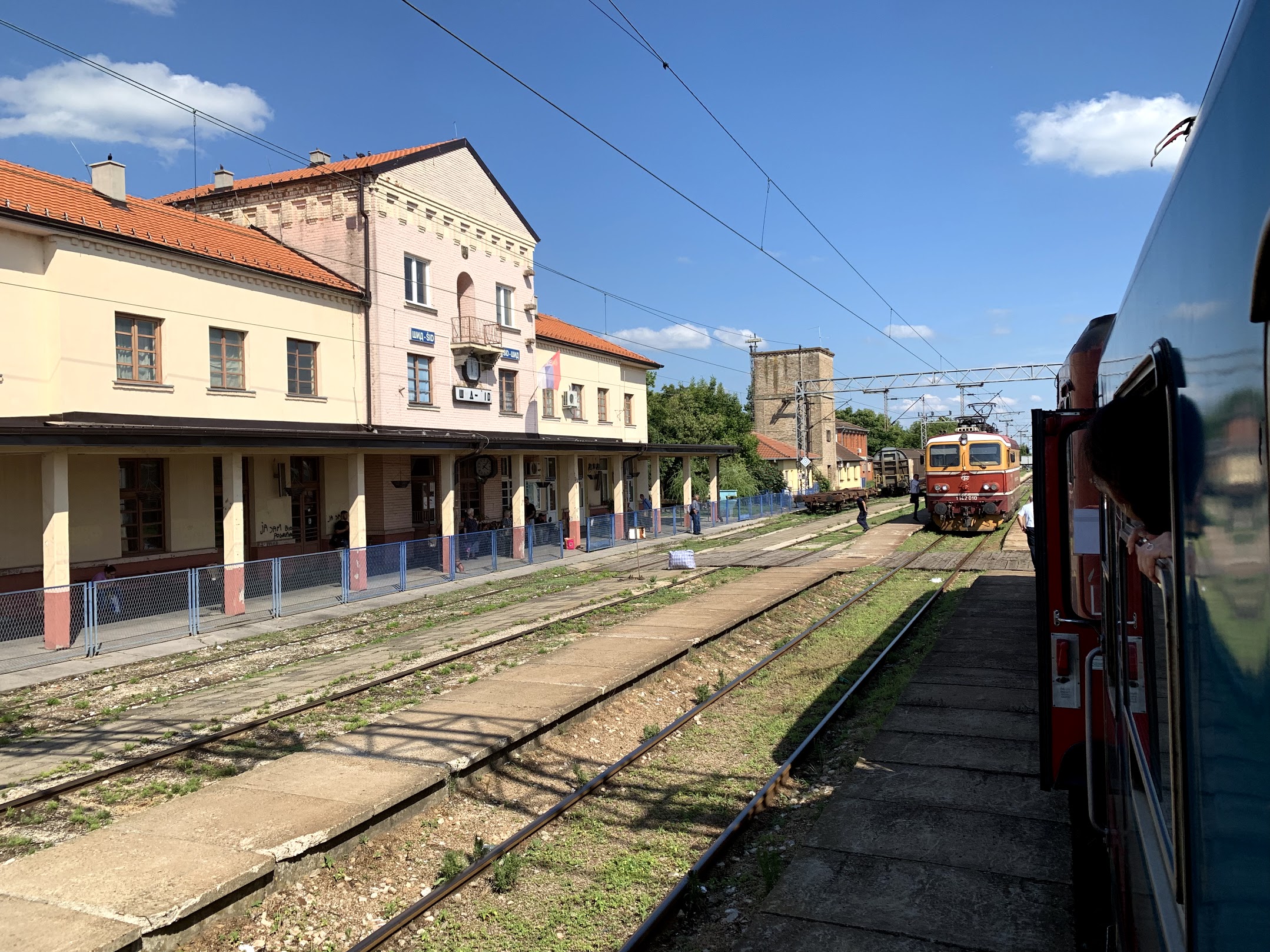 At the Serbian boarder we had a ‘Papers please!’ Situation, a Croatian policeman checked passports as we left the train then moved into Serbia where we were boarded once again for another check, this time we were stamped but again a very painless process. We had accumulated late-ness on our way and arrived into Belgrade about 60mins late, which wasn’t really a problem. The last stretch into Belgrade was painful, it was slow and since we knew we were close took an extra long amount of time.

We pulled into Belgrade Centre Station which still seems to be under construction, mostly by China Railways. This wasn’t the station I was expecting and with no mobile data proved to be a bit of a problem. Luckily there was a city map printed on the wall so we were able to find a route towards the hotel. A Hot and sweaty 4km walk later we found ourselves at the hotel. It was a pleasant sight, we were tired, hot and in need of a shower! 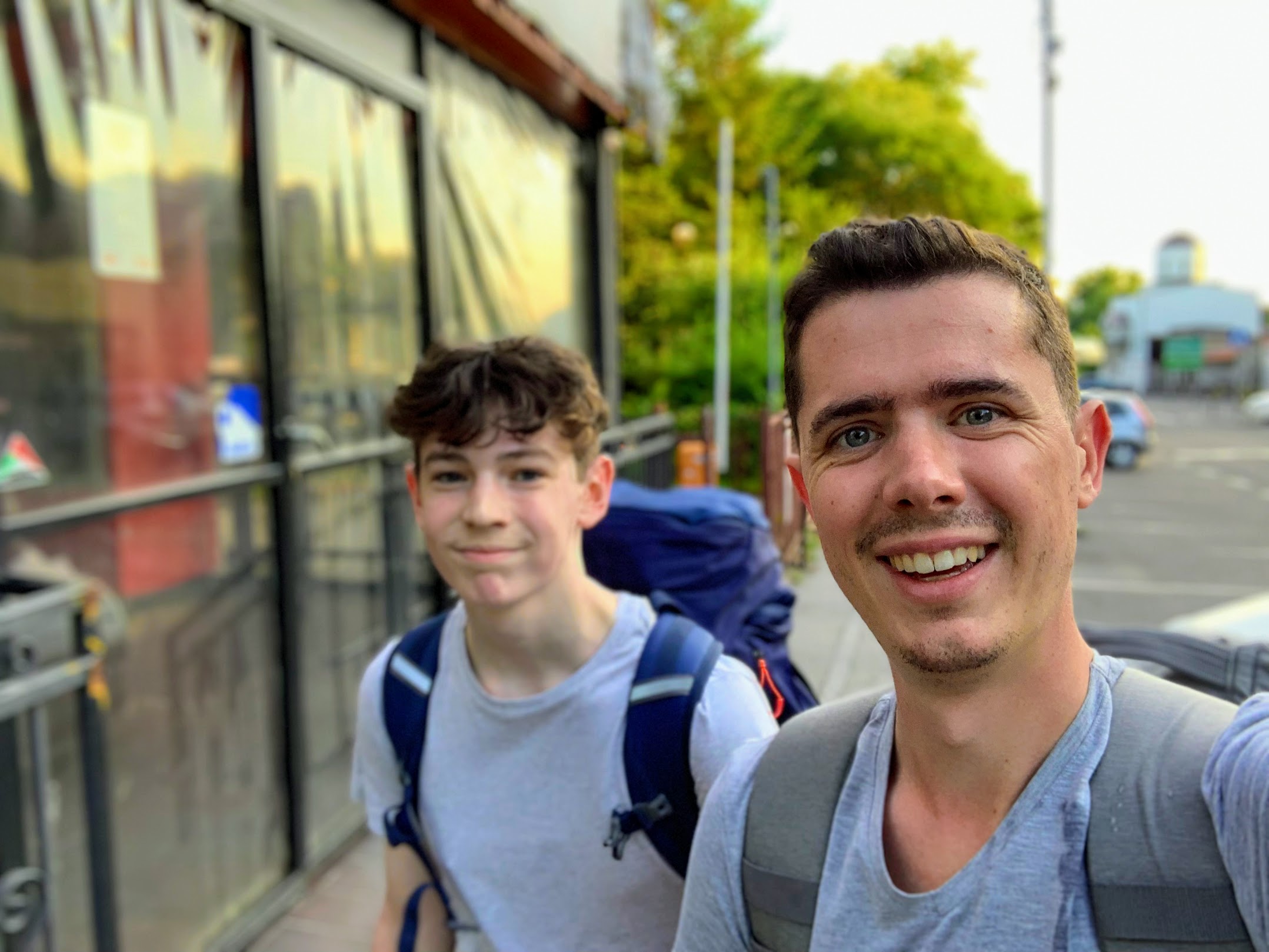 This was the first decent hotel of the trip, we were staying at the Mercure Excelsior at 70 euros a night wasn’t too bad either. We dragged ourselves out in search of food and walking down the main shopping street found lots of small bistro restaurants. A beer was £1.30 the food was equally cheap and we had no complaints. We had made it to Belgrade. 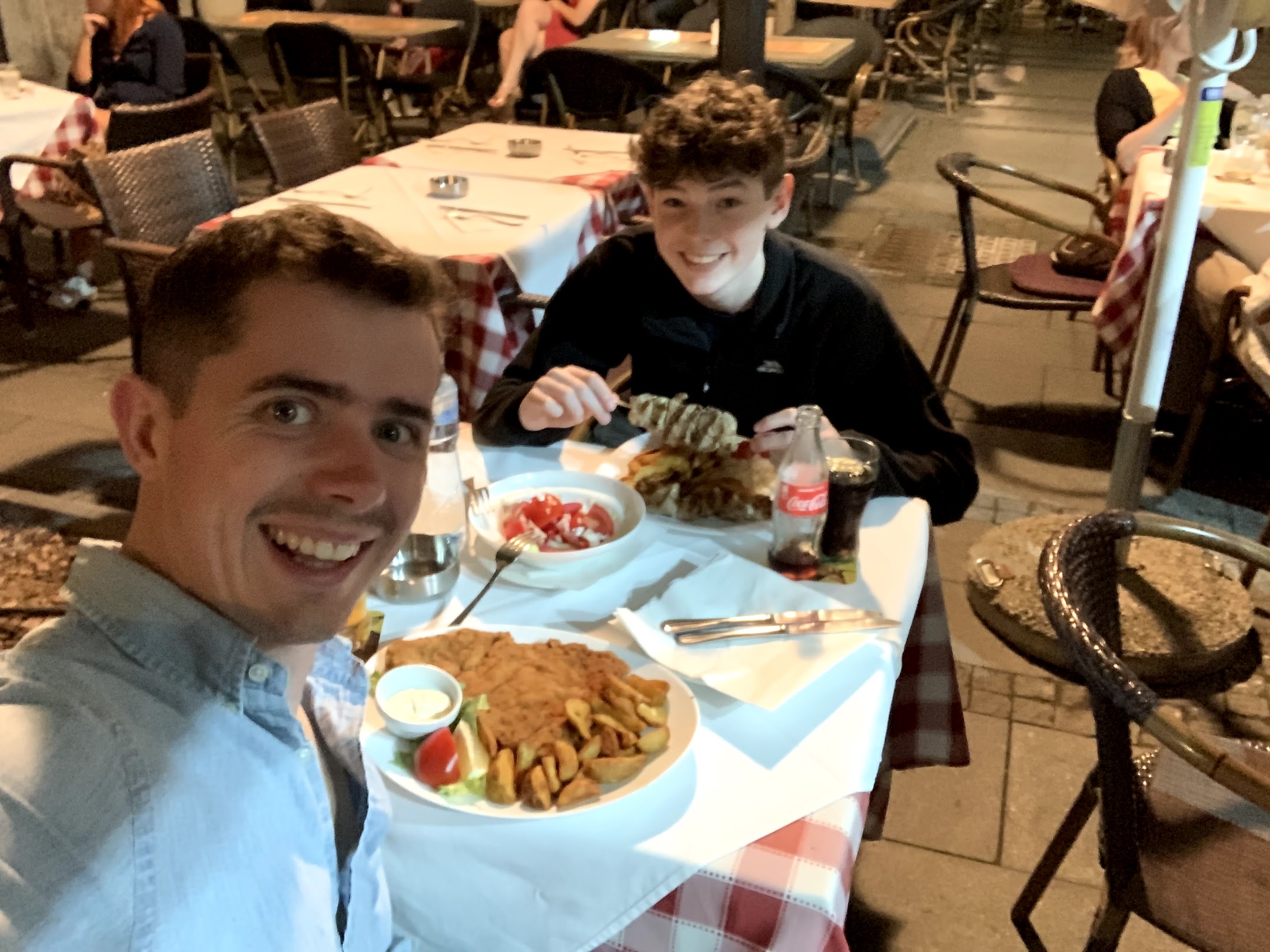