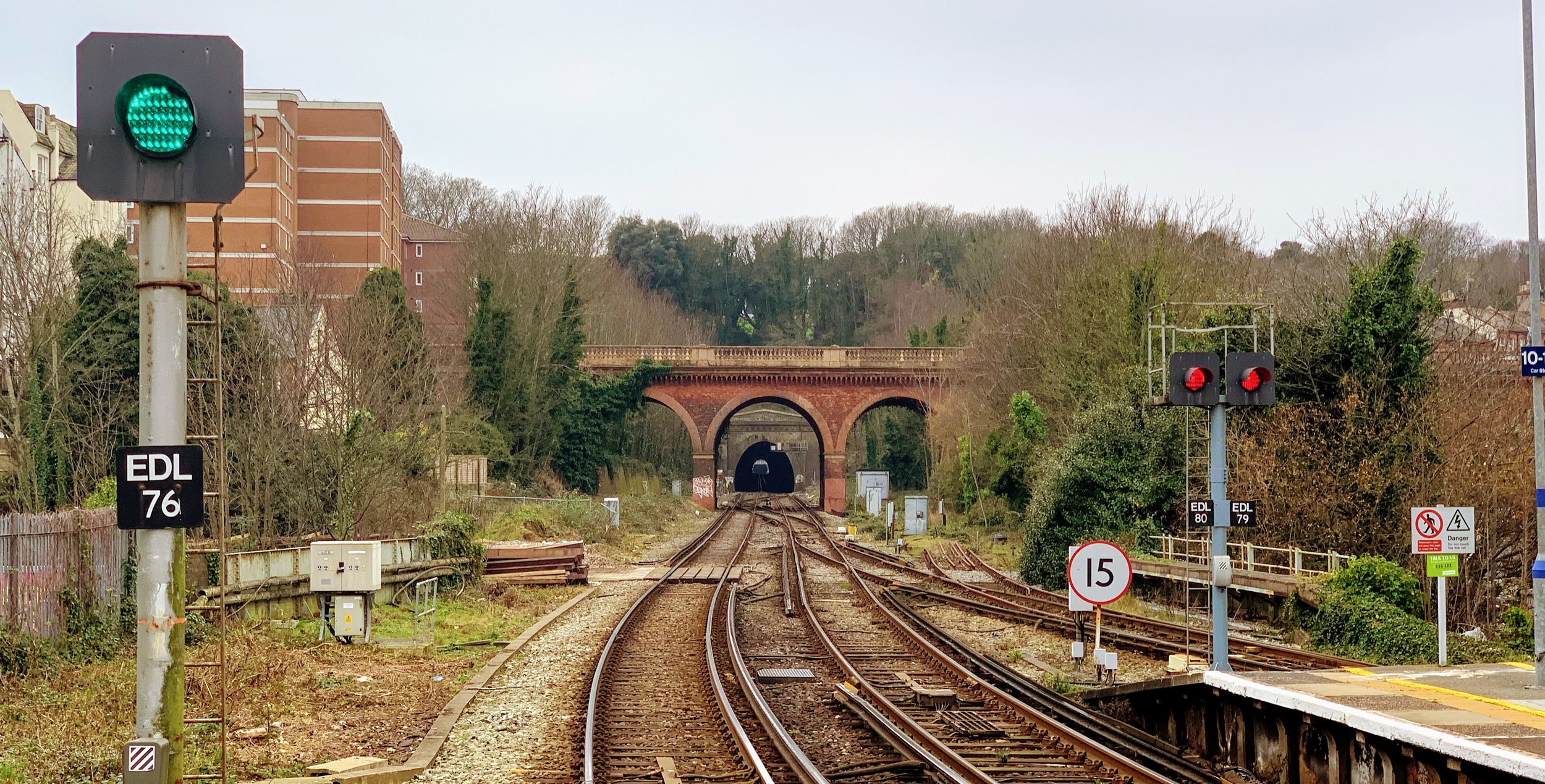 Last year I did very poorly on my quest to explore the UK and complete my Rail Map. The only piece of new milage I managed to complete was from Birmingham New Street to Worcester Shrub Hill. This was unplanned, a last ditch attempt to get home from Birmingham via Oxford during the January snow. My failed attempt left me stranded at Shrub Hill where after hours standing in a freezing cold station I admitted defeat and went back to Birmingham.

This year I am determined to do better with the map and that determination was supported by the long-promised 26-30 Railcard being released on the 2nd of January. The new railcard is pretty much exactly the same as my much-missed 16-25 railcard and allows 1/3rd off all off-peak journeys nationwide. Since there is no better time than the present, @geekyjames and I thought we’d give our shiny new app-only railcards a go and take a 148 mile round trip journey to Eastbourne for a quick beer.

We had originally planned to go to Hastings but after checking online it turned out that the journey to Eastbourne was actually cheaper, despite being further away and reached via Hastings. Since we had off-peak tickets we could break our journey which meant we could go to Hastings anyway…! So, top tip… If you’re not buying an advance fare, check to see if selecting a further station brings down the price of your ticket.

Here’s a clever link to my twitter thread from the day with some pictures and details of the journey. The beer in Eastbourne was delicious, a pint of English bitter from Nelson Brewery which is brewed less than a mile from home! In all the journey time was around 4Hrs 20mins, excluding time waiting for connections.

The next trip is being planned…! Watch this space.