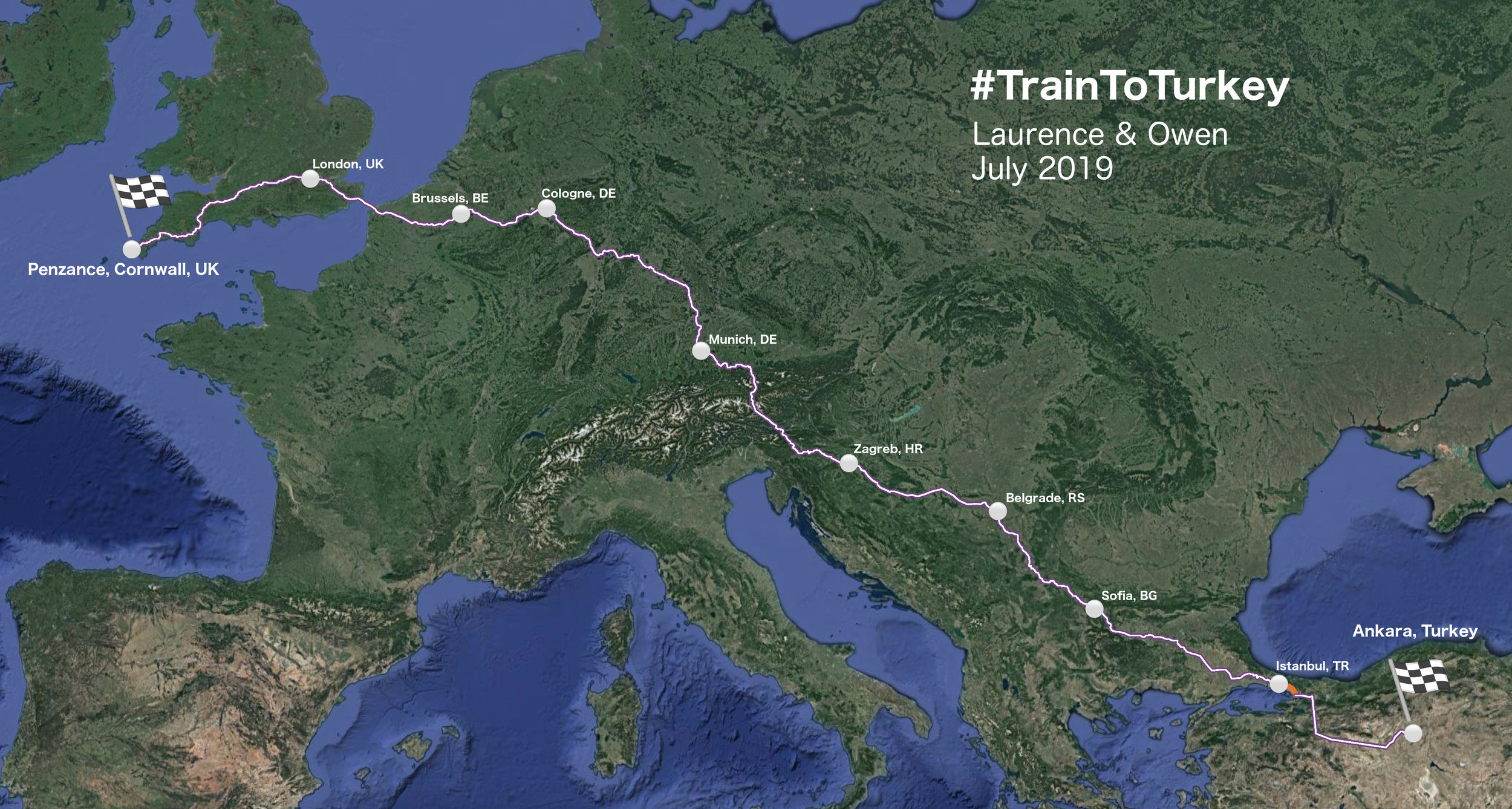 This trip has been some months in the planning and after many different iterations of the route we’ve agreed on taking the more traditional route from London to Istanbul, via Belgrade and Sofia instead of Bucharest. This is the route that the 1920s Orient Express would have taken so should give us a real feel for the Balkans while also taking us through some counties neither of us have been to before. The exception to the traditional route is that we’re going to travel via Brussels and Cologne instead of Paris, because, well, the beer is much better in Cologne.

In addition to the Cologne detour we’re going to start the trip in Penzance, Cornwall because Cornwall is Owen’s home and starting in London sounds really rather dull. We’re also going to end the rail trip in Ankara, Turkey, that way there’s no disputing that we made it to Asia (the other side of the Bosphorus may be considered Asia, but only just), it should give us a chance to really experience Turkish railways too. To top the trip off we plan to fly home via Kiev, Ukraine with time to briefly visit the city and have a celebratory lunch (it was also the cheapest flight home).

Since we’re going to be trapped on a train for many, many hours during our trip I hope to photograph and blog as much as possible, so do stay tuned and expect updates. We’re both very excited and can’t wait to get going.