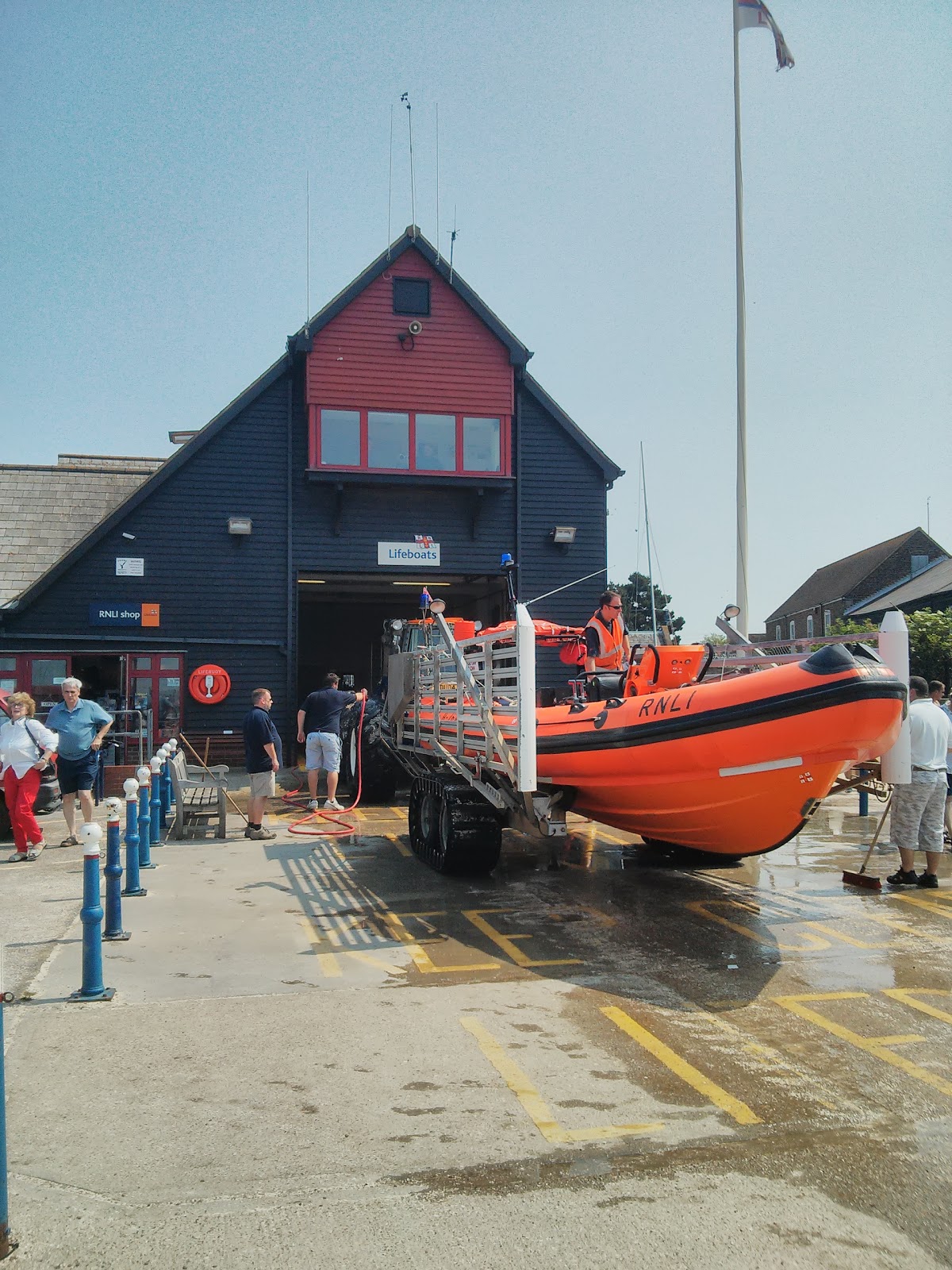 This picture doesn’t do the weather much justice, but it was an amazing July Sunday afternoon. @tigziefc decided that the first beach visit of the year was in order, she has been looking forward to going crabbing for at least the last six months. With everything in order and tide tables checked we headed off for Birchington-on-Sea. Some way into the journey we realised we had forgotten the crabbing lines, whoops. We spun around and en-route decided we should probably go somewhere a little closer as we may be back in time for a family BBQ. “Whitstable is it!” I had actually forgotten that there was a lifeboat station here, and what an impressive station it is too! The crew were in the process of hauling the boat back up the gravel shoreline as we arrived which gave way to a fantastic photo opportunity, despite not having a decent camera. The station operates an Atlantic 75 which they have had since 2000. The next nearest stations are Margate and Sheerness, both of which operate ALBs.

The crabbing was much better than my ability to capture a sunny sky and we managed to fill a bucket full of shore crabs in less than an hour! Bacon was the bait of choice, definite good move.