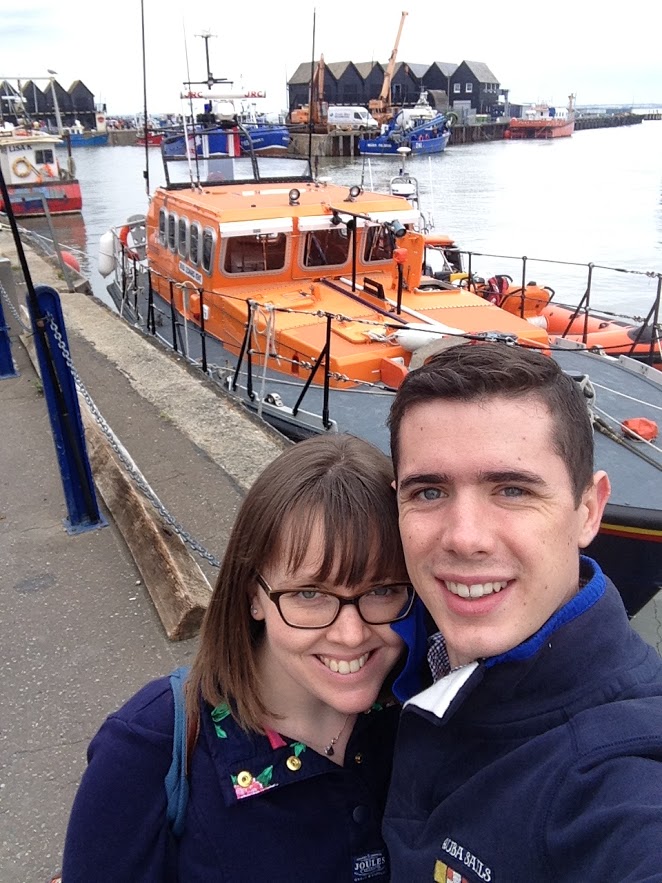 This weekend Victoria and I ventured to Whitstable for the regatta and a day out. The regatta was rather odd, there were very few boats, it was no equivalent to Cowes! Perhaps we missed the events somehow. Nonetheless we still had a fantastic time, Whitstable is one of the best parts of Kent, it is on the sea, has a fantastic brewery and isn’t that far from home! Of course it’s most famous for it’s oysters, but despite temptation we agreed to leave them until next time.

Despite the lack of waterborne craft we still managed to get a lifeboat selfie, as it has become somewhat habitual. Interestingly this vessel isn’t from Whitstable, I’m pretty sure it’s the Leonard Kent from Margate and the crew came in for the day.