Hot on the heels of our last adventure away we thought it was time for another quick break. Lille is somewhere both of us have travelled though several times, but never stopped. Of course by ‘passing through’ I actually mean whizzing past on a high speed Eurostar train – it’s not like we’ve even seen Lille before. Since the construction of the Channel Tunnel railway Lille has become the centre of an international network linking London, Brussels and Paris and has boomed as a city, it now has the 4th largest metropolitan area by population in France.

We booked Lille on a bit of a whim, originally we planned to get the Eurostar as they had some discounted tickets available, But with the time saving not really an issue the ferry turned out to be the most cost effective option, with return trip for £59 with the car. With the ferry we can of course sail to Dunkirk, it’s about half an hour closer to Lille than Calais and I’ve always wanted to go to Dunkirk.

Having committed ourselves to ‘doing it on the cheap’ the next step was finding somewhere to stay. It turns out accommodation is Lille is very inexpensive, suspect that this probably isn’t the case in the height of summer whenever it isn’t freezing cold out, but hey, no complaints here! With some experience in European hotels we opted to book with Citadines who provide apart’ hotels, the hotel was right next to Gare De Lille Flanders station and really close to the city. The Citadines-type hotels are really good as it’s essentially just a really short term apartment. Instead of a daily maid service and help with your bags, you get a kitchen, ironing board and proper fridge. It’s like a non-risky version of AirBnB. The price was excellent, we booked two nights for £120 with parking an extra 15 euros per day.

A weekend away for less than a hundred quid each, yes please! 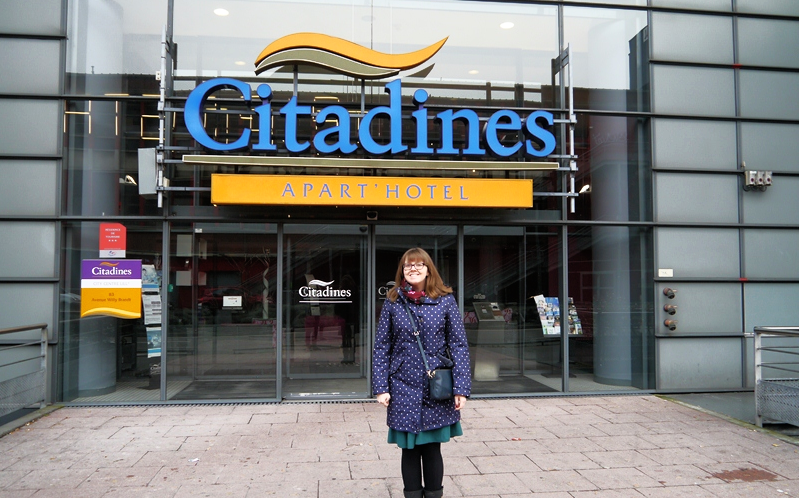 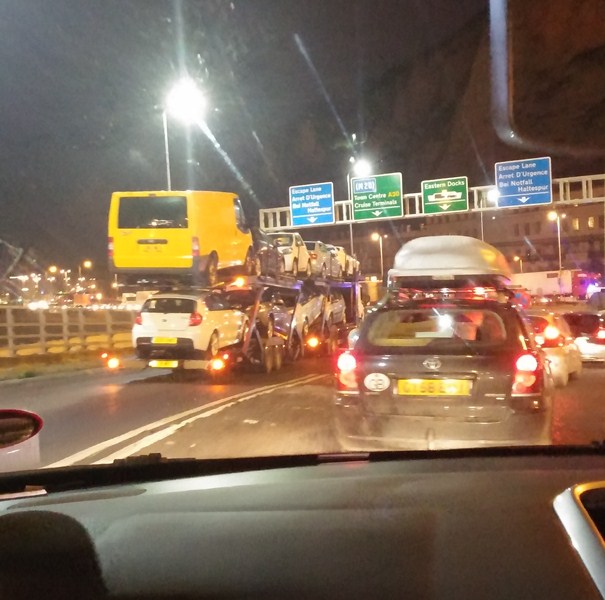 We’d been carefully following the news in the run up to us travelling, a few days prior there was a fire in the Channel Tunnel and it was closed for almost a day. Doesn’t sound like much, but a hell of a lot of stuff goes through those tunnels every day and the end result was quite a lot of chaos around Dover.

With this all still very much going on we decided to leave a little earlier than necessary, just encase we hit traffic on the way. Luckily we were mostly fine and despite a bit of traffic we got to the check in with plenty of time to spare, of course only to be told the ferry was an hour delayed. Pah!

We booked the ferry with DFDS Seaways and since they were the cheapest we were very much expecting them to be the Ryanair of the ferry world. It wasn’t quite as bad as we expected but the ferry was no Cunard! Having experienced some of the Operation Stack drama we were half expecting the boat to be bursting at the seams with hundreds of people, we were quite wrong, it was basically empty. There were about 15 blokes on the floor in sleeping bags, they clearly had a rough night. 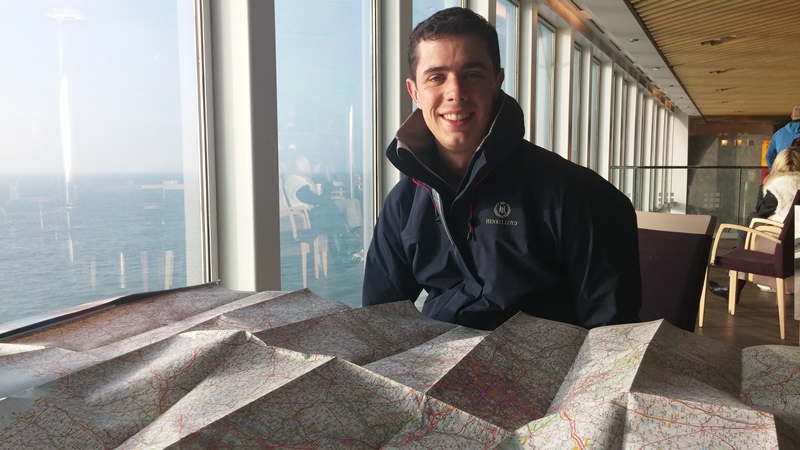 The ferry journey itself was good and by the time we’d really got comfortable we had arrived! It took just two hours from Dover and the channel was very calm. After docking we drove straight to Lille which is pretty much an hour on a motorway, the A56. Driving on the wrong side is still something that takes some getting used to, although it’s pretty easy to just drive on the motorways.

Finding the hotel was pretty easy too, although we may have cheated slightly when we arrived as we whipped Google Maps on my iPhone and let it guide us in! We parked up and checked in. There was a bit of messing around with the car park but it was forgiven since it had calming music playing on loudspeaker.

After getting our stuff sorted we hit the town, first port of call was the Lille Metro, famous for being the first automated underground light transit system in the world. We overestimated slightly how much we would need the Metro since the Hotel was about 5 mins walk from the centre of town - if you’re visiting for a weekend, don’t bother. 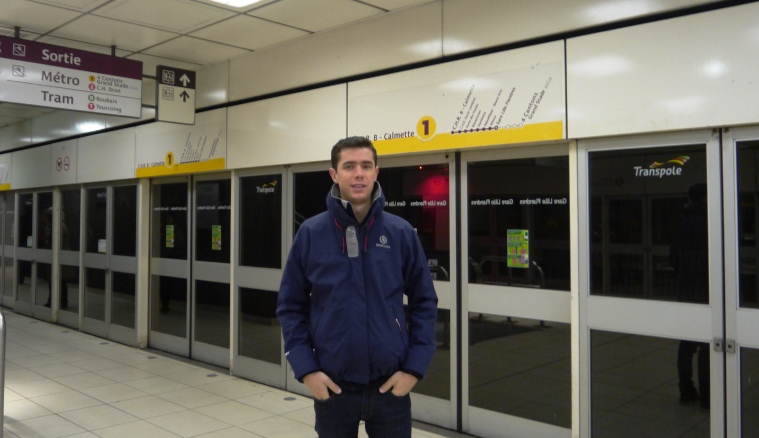 We caught the Metro to Lille Grand Palais with the naivety that there would be some kind of Grand Palace somewhere near the station. Apparently Lille Grand Palais is actually a conference hall and theatre complex built in the 1990s (who said all of Europe is ancient?). We carried on walking undeterred and found ourselves in République - Beaux-Arts which is a beautiful square.

Some more walking later we settled for lunch in the Leffe Café in Rihour Place. The beer was amazing! Victoria had Hoegaarden Rosée with Croquettes de camembert and I had a (well, actually I had a few) Leffe Blonde beer with Planche Mixte. Planche Mixte is a favourite of mine, creamy French cheese with cured meats and chornichons.

After food we got some serious shopping done, the French know how to do shopping, Lille has loads of shops and they’re really close together. We found ourselves in Printemps and Galeries Lafayette who both conveniently had sales on! 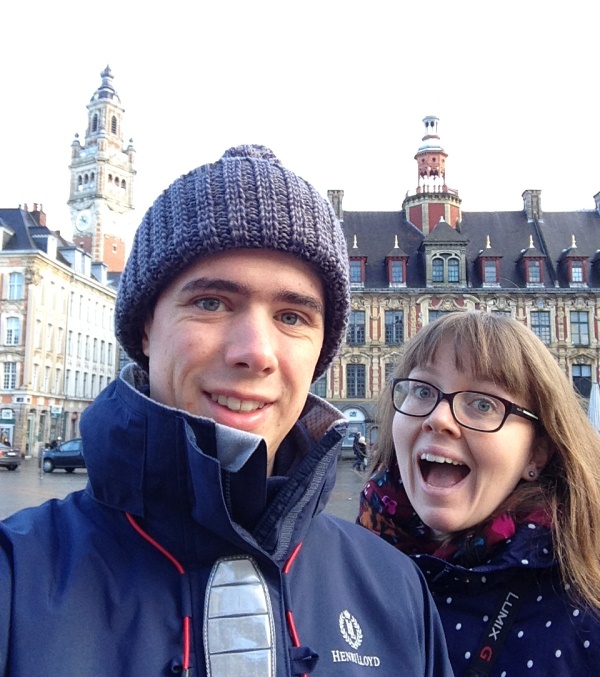 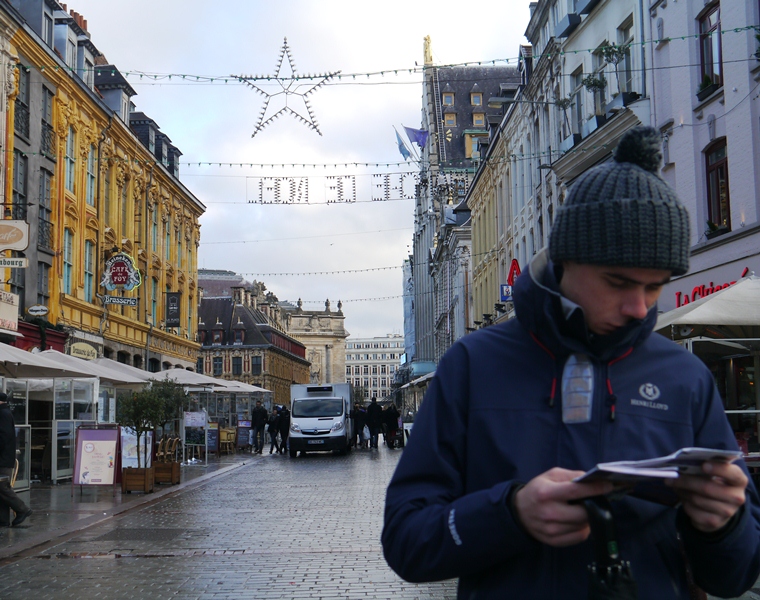 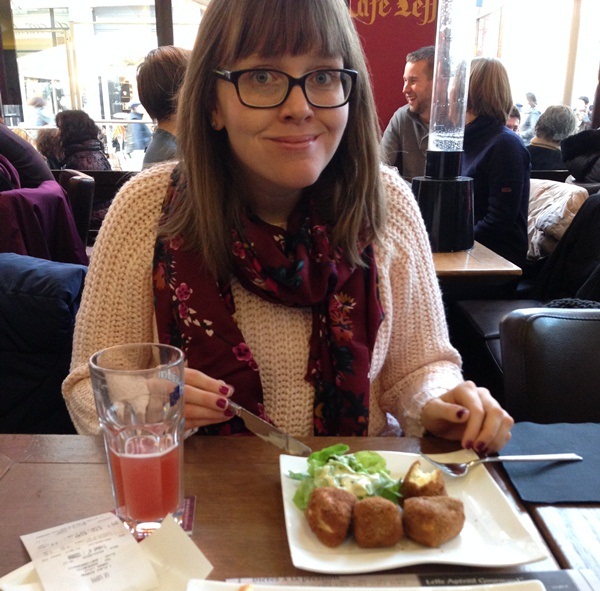 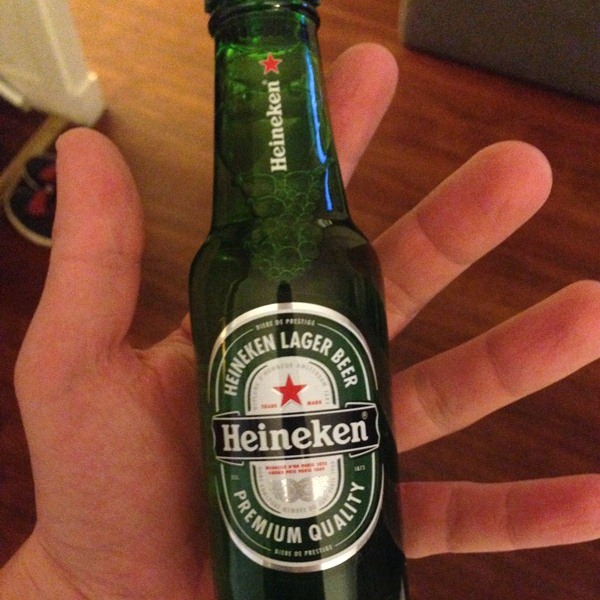 For dinner we decided to cook ourselves to save some money. This proved a rather more difficult endeavour than we imagined, to cook even basic meals there are a certain amount of ‘cupboard food’ ingredients that you need, I’m talking sunflower oil, butter, cheese, salt, pepper. In the end I think we probably spent as much on food to cook as it would have cost us to just eat out, but I managed to find miniature Heinekens (150ml!) - so that was a bonus.

I slept very well indeed, despite their small size those Leffe beers were strong! We had a very lazy morning and didn’t get out until 11 AM. First on the agenda for the day was a visit to Lille Citadel. 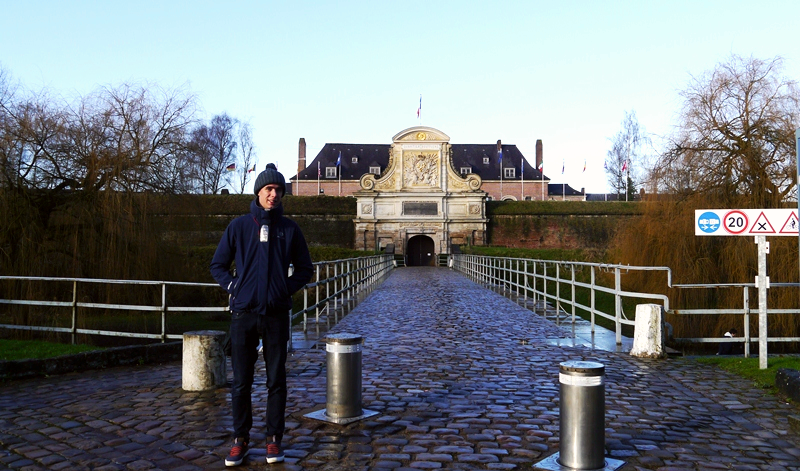 The Citadel is a famous 17th century structure known as “The Queen of Citadels” for it’s fantastic preservation, it was built on the orders of Luis XIV after Lille was retaken from the Spanish in 1667. The Citadel is impressive, it’s design provides the defenders the ability to always have a direct line of fire on an attacking enemy, it’s really ingenious. The inner structure now houses the Headquarters of the French Rapid Reaction Corps (Corps de Réaction Rapide-France). Interestingly it’s noted that they have the best fibre optic equipped site among the French Army, housing many French and NATO Computer and Telephone networks.

With our history hunger fed it was time for some breakfast, we found ourselves in Le Pain Quotidien a short walk from the Citadel, the food and coffee was amazing! I really enjoy the Café culture in France, it’s such a comfortable, social and happy thing. We treated ourselves to organic rye bread with jams, with coffee, tea and juice. 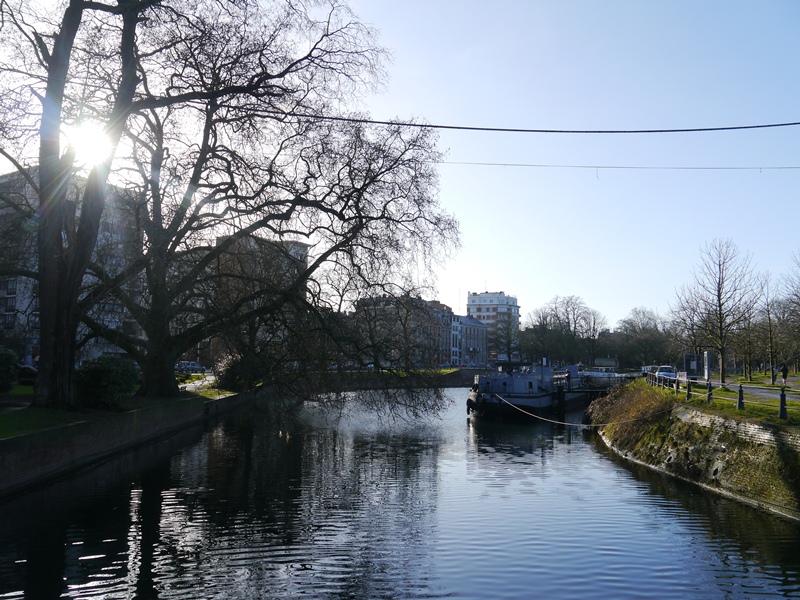 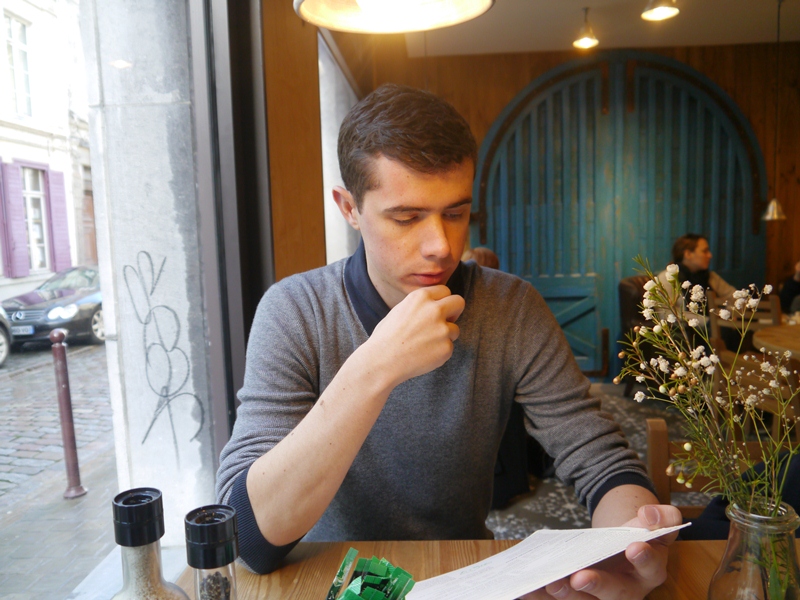 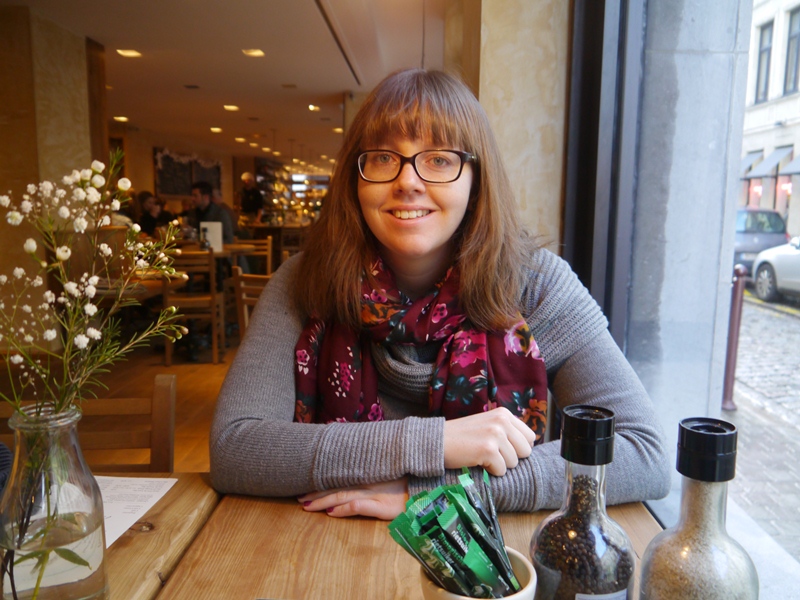 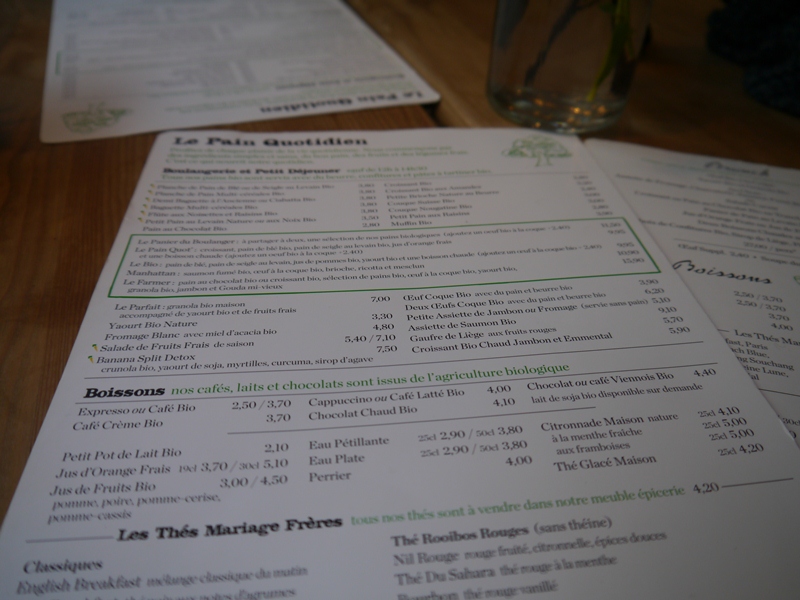 We finished up the day with more shopping and me almost buying an amazing 700 Euro suit (somebody beat me to it, thankfully). For dinner we ate in a small restaurant again on Rihour place I had one of my favourite meals, Moules-frites, Victoria had a burger with some French wine.  After a long day we were exhausted!

Our last day in Lille, and we were determined to see all of the remaining sights. We started off with a hearty fried egg breakfast before getting our things together and checking out. The original plan was to visit the Carrefour and stock up on beer and wine, however French trading laws mean that supermarkets don’t open at all on Sundays (bugger!) so that scuppered our plan in it’s tracks!

We caught the Metro again and walked to Rihour Palace, the palace was built in the 15th century by Philip the Good, in it’s current state it operates as the City Tourism Office. We continued our walk and reached an impressive church, The Église du Sacré-Cœur de Lille (Church of Sacred Heart of Lille). The church is Roman Catholic and sits on the corner of a cross roads, the church has some impressive spires, the highest of which is 75 meters tall.

Using the remaining credit on our travel passes we caught a bus towards République Beaux-Arts to visit the Museum. The Palais des beaux-arts de Lille is the largest museum of fine arts in France outside of Paris. The museum was beautiful although built in 1809 it had been renovated in the last few years and it was very impressive. We’re both rather new to the world of art, so didn’t know quite what to expect, although we both found it very interesting.

My favourite piece was Le Parlement de Londres. Ciel d’orage, one of a series of 19 paintings by Claude Monet. The paintings were believed to be partially completed by Monet from a viewpoint in St Thomas’ Hospital and finished with the aid of photographs in France. In 2006 one of the paintings sold for over US$20 million, which probably makes it the most expensive object I’ve ever had my picture taken with. 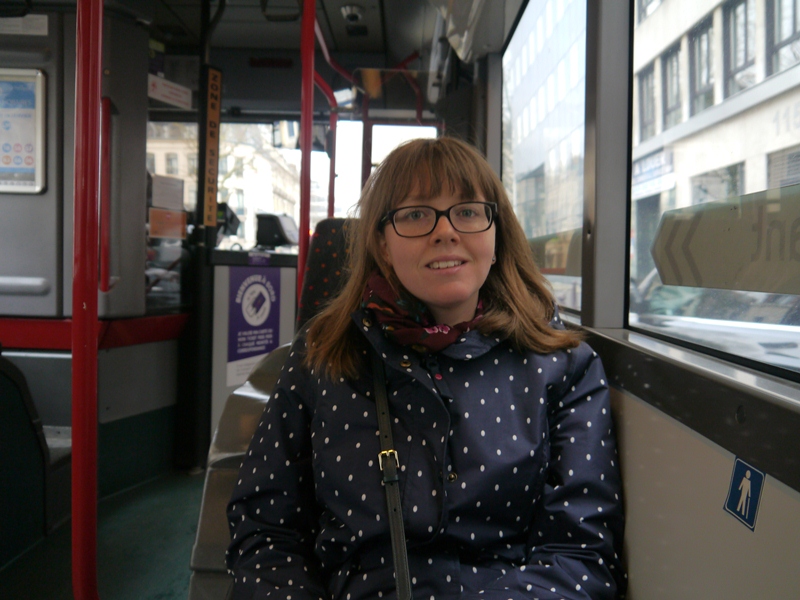 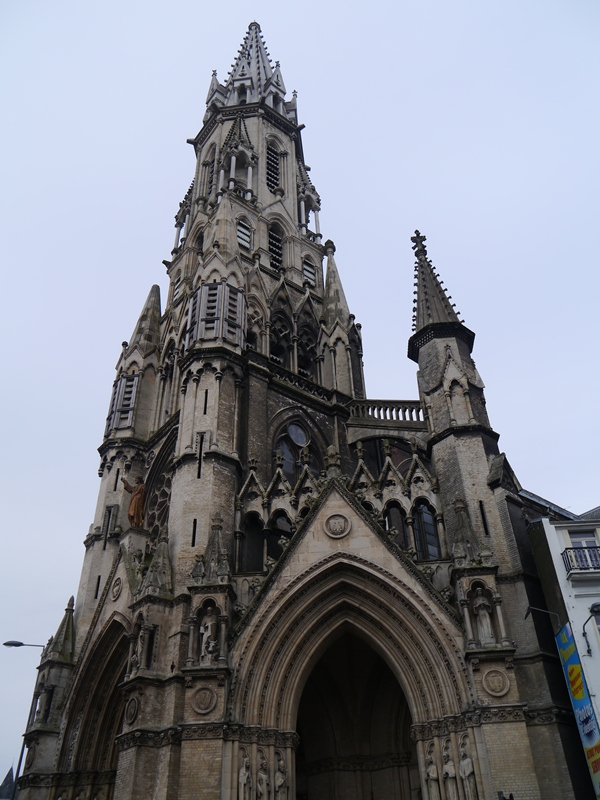 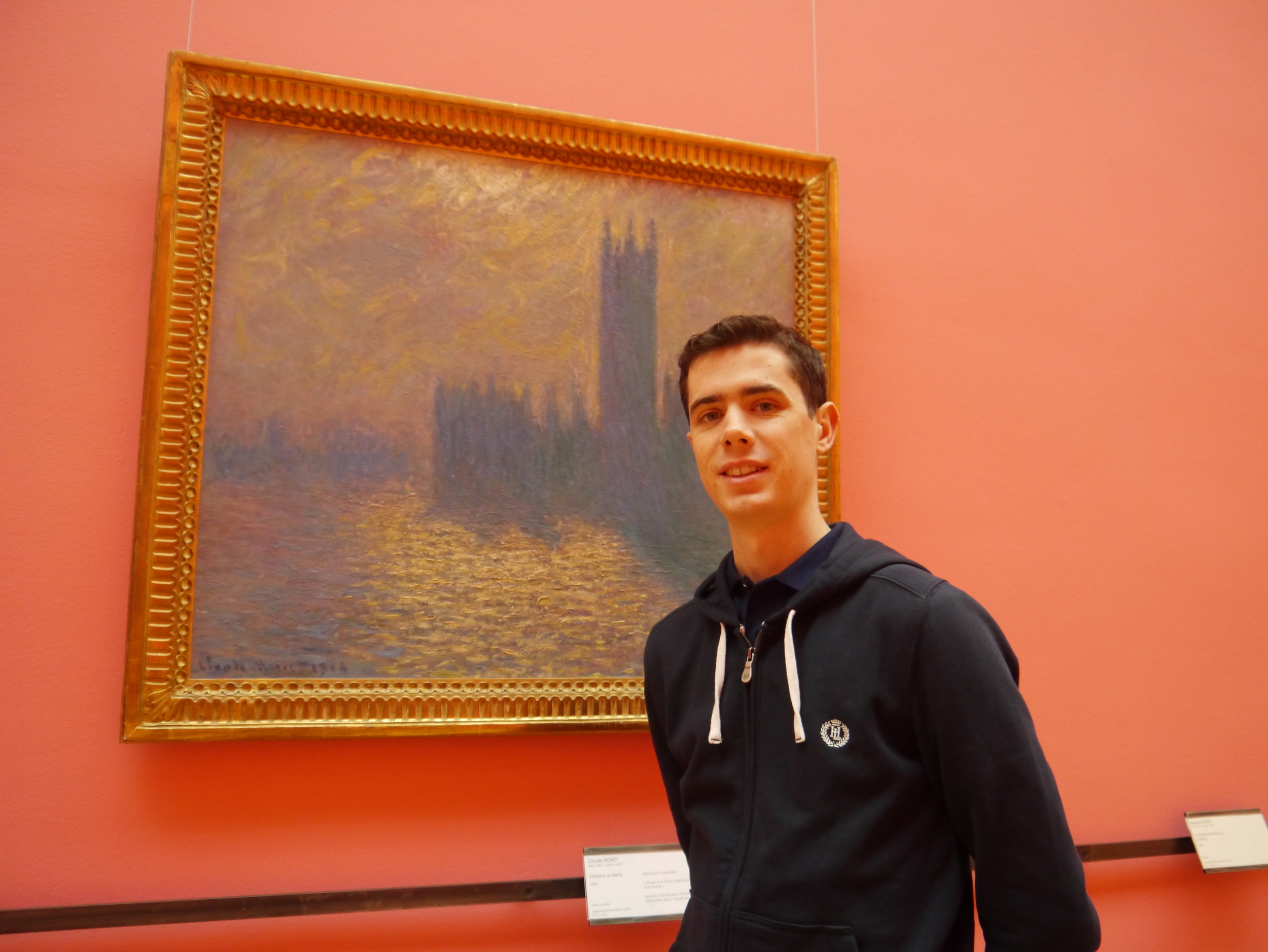 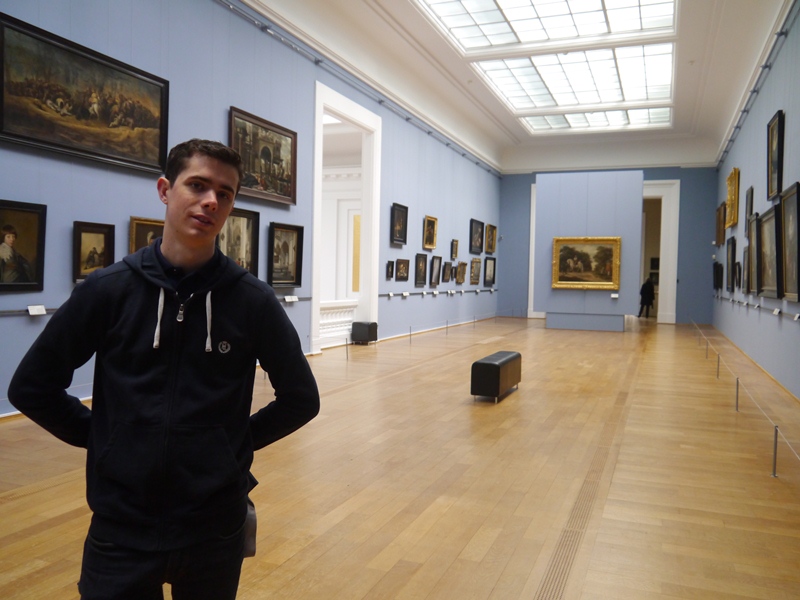 We finished our trip to Lille with a beautiful French Rump Steak in Café Lille which was gorgeous beyond belief! The journey back home was smooth and uneventful, traffic was good, the ferry was again calm and relaxed. Once we were home we got things ready for work, the washing on and crashed - a fantastic weekend away.